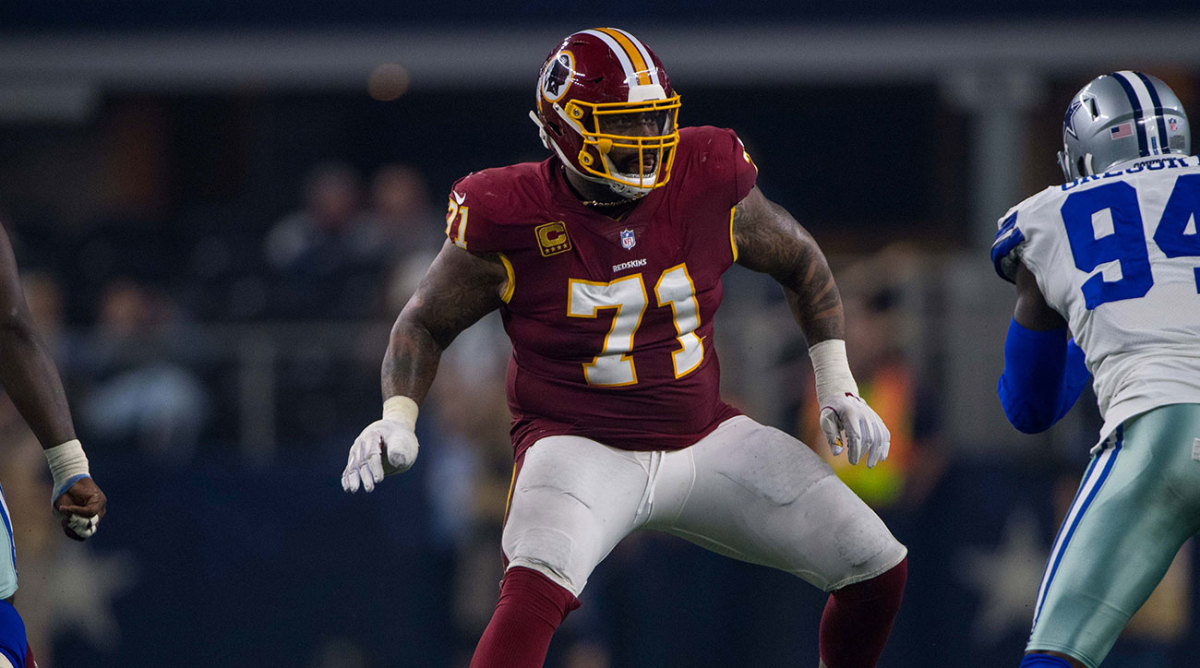 It took until Day 3 of the 2020 NFL draft, but Trent Williams’s unresolved status has finally been resolved: The former Washington left tackle was traded to the 49ers as Round 4 opened, in exchange for a 2020 fifth-round pick and a 2021 third-rounder.

The saga involving the seven-time Pro Bowler has taken many twists and turns since Williams last started a game 16 months ago. He sat out the 2019 season in a complicated holdout, attributed to both his dissatisfaction with his contract as well as how the team’s medical staff handled a pre-cancerous growth on his scalp that required surgery. New Washington coach Ron Rivera at first seemed inclined to try to mend the relationship with Williams, before moving on to openly shopping the player.

The latest turn involved a report by NFL Network that Williams nixed a trade to Minnesota, where he would have protected QB Kirk Cousins, his former teammate in Washington. The Vikings moved on, drafting Boise State tackle Ezra Cleveland in the second round. Williams’s agent, Vince Taylor, issued a statement saying there had been “false reporting” that he and Williams objected to “particular trades.” Shortly thereafter, Taylor announced the transaction on behalf of his client, writing that Williams “is glad to be part of a great organization like the San Francisco 49ers.”

In San Francisco, Williams will rejoin Kyle Shanahan, who was his offensive coordinator in Washington for his first four seasons in the NFL. Interestingly, Williams and the 49ers did not agree to a contract extension as part of the trade, which perhaps signals how much he wanted to get out of Washington. Williams has one year at $12.5 million left on his deal.

The 49ers’ move to acquire Williams indicates that the team could be preparing for the retirement of longtime left tackle Joe Staley, who has not yet said if he’ll be coming back in 2020. The 35-year-old, who has been with the 49ers since 2007, was emotional in his post-game press conference after the Super Bowl LIV loss to the Chiefs, struggling to answer questions during what he described as a “super disappointing” moment. “You put your heart and soul and your whole life into trying to be a Super Bowl champion,” Staley said that night, “and you get toward the end of your career and you realize how rare these opportunities are.”

Even without an in-person offseason program, and the potential of a shortened training camp due to the COVID-19 pandemic, Williams would be able to easily plug into the 49ers offense given his familiarity with Shanahan’s scheme. It’s a win for Williams, who will resume his career after a fraught final chapter in Washington, as well as for San Francisco, which has paid a modest price to fill a position of need with a perennial Pro Bowler. As for Washington, it’s at least a resolution.