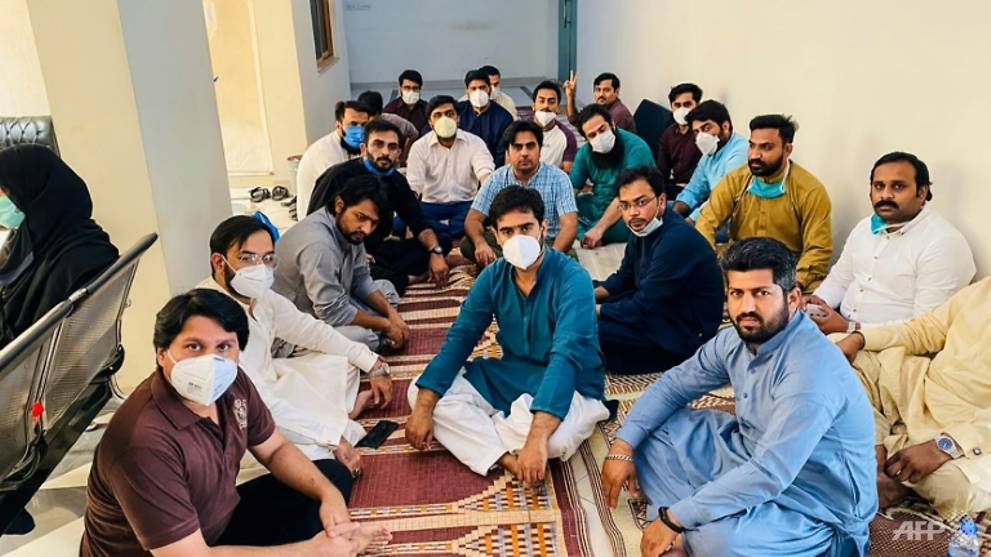 Health workers have complained for weeks that the country’s hospitals are suffering chronic shortages of safety gear, prompting the arrest of more than 50 doctors who called for more supplies in the city of Quetta earlier in April.

Frontline staff have been left vulnerable, with more than 150 medical workers testing positive for the virus nationwide, according to the Young Doctors’ Association (YDA) in worst-hit Punjab province.

The protesters have kept working in their hospitals while taking turns to demonstrate outside the health authority offices in provincial capital Lahore.

“We do not intend on stopping until the government listens to our demands. They have been consistently refusing to adhere to our demands,” said doctor Salman Haseeb.

Haseeb heads the province’s Grand Health Alliance, which is organising the protest, and he said he had not eaten since Apr 16.

“We are on the frontline of this virus and if we are not protected then the whole population is at risk,” he told AFP.

The alliance said about 30 doctors and nurses were on the hunger strike, with up to 200 medical staff joining them each day for demonstrations.

Nearly three dozen doctors, nurses and paramedics contracted COVID-19 in one hospital in the city of Multan, while seven members of a doctor’s family were infected in Lahore, it added.

“We are simply demanding justice for our community,” said doctor and YDA chairman Khizer Hayat.

Hospital staff would not escalate their protest by walking off the job, he added.

Provincial health department officials told AFP that hospitals had now been provided with adequate protection gear after an earlier “backlog” was resolved.

Earlier this month the Punjab government announced that frontline workers will be awarded a pay bonus and life insurance.

Almost half of the nearly 12,000 confirmed COVID-19 infections across Pakistan have been recorded in Punjab.

The number of infections in the country is believed to be far higher because of a lack of testing in the impoverished country of 215 million.

The Islamic holy month of Ramadan officially began in Pakistan on Saturday, with concerns that the light restrictions imposed on mosque gatherings would not stop a potentially rapid spread of COVID-19.

Frontline medical workers across the world been grappling with short supplies of vital safety equipment since the start of the pandemic.