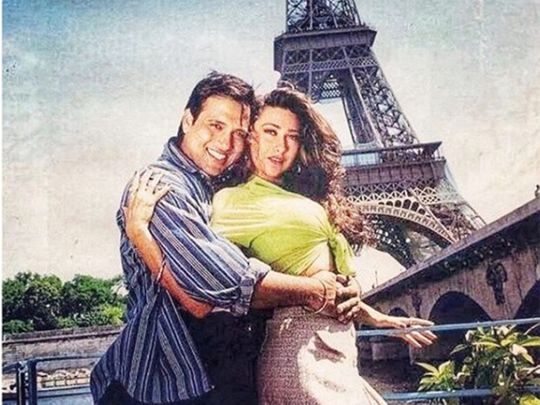 Actress Karisma Kapoor on Friday brought back some 90s nostalgia, sharing a throwback picture with Govinda, her co-star in several hits of that era including ‘Coolie No 1’, ‘Raja Babu’ and ‘Hero No 1’.

Taking to her Instagram, Kapoor posted an image in which Govinda and she pose in front of Eiffel Tower, Paris. She also asked her followers to guess the film from the image.

Fans flooded her page with the reply: “Hero No 1”.

Not only this, Kapoor also mentioned in the post that she hopes to see the world returning to normalcy soon.

“Dancing around the Eiffel Tower… hopefully those carefree days will return again very soon … Which film is this pic from? #guessinggame #flashbackfriday #paris #france,” she captioned the image.

On the work front, Kapoor recently made her web debut with Ekta Kapoor’s digital show ‘Mentalhood’.