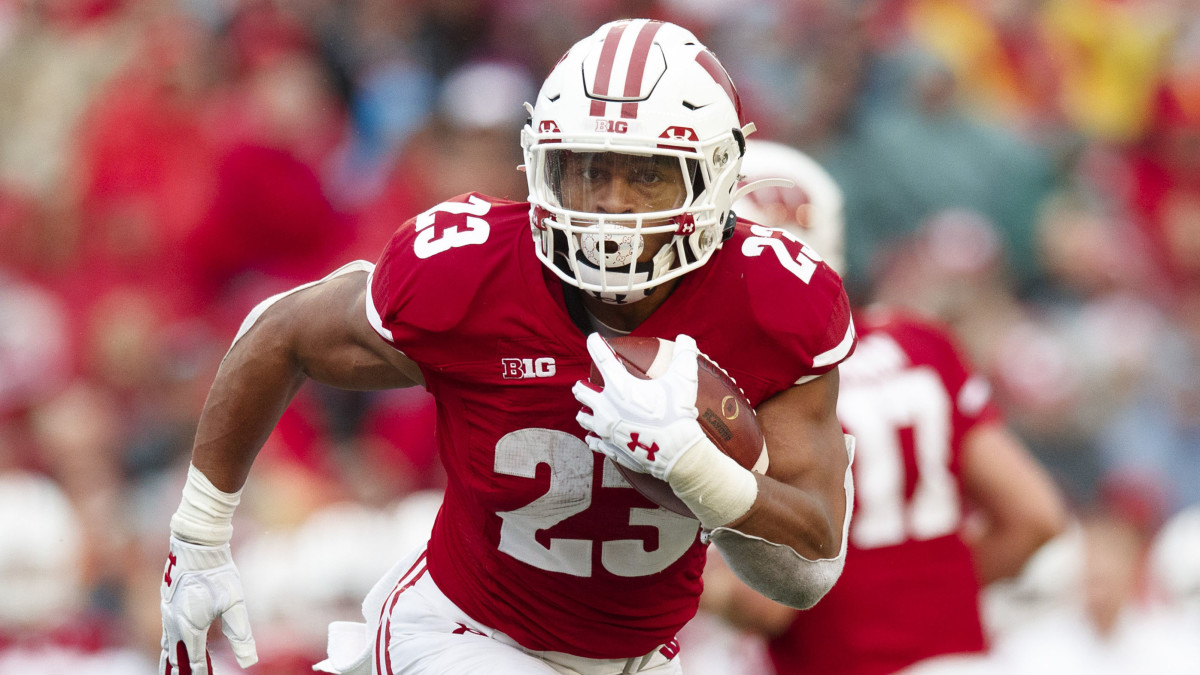 The Indianapolis Colts traded up to the No. 41 overall pick in the 2020 NFL draft to select Wisconsin star running back Jonathan Taylor.

The Browns received the No. 44 and No. 160 pick in the deal with Indianapolis.

As a freshman with the Badgers, Taylor almost immediately emerged as one of college football’s premiere backs. He finished his career with 6,174 yards, which ranks No. 6 all-time in the FBS and is the most by a three-year player.

He was a three-time All-American, two-time unanimous first-team All-American and two-time Doak Walker Award winner, given to the nation’s best collegiate running back.

Taylor further demonstrated his home run speed at the NFL combine when he ran a 4.39-second, 40-yard dash.

He was the Colts’ second pick of the second-round. They selected USC wide receiver Michael Pittman Jr. No. 34 overall.

The Colts finished with the seventh-most rushing yards in the NFL in 2019. Marlon Mack was the team’s leading rusher, as he scampered for 1,091 yards.

Indianapolis finished 7-9 in 2019, which was third in the AFC South.