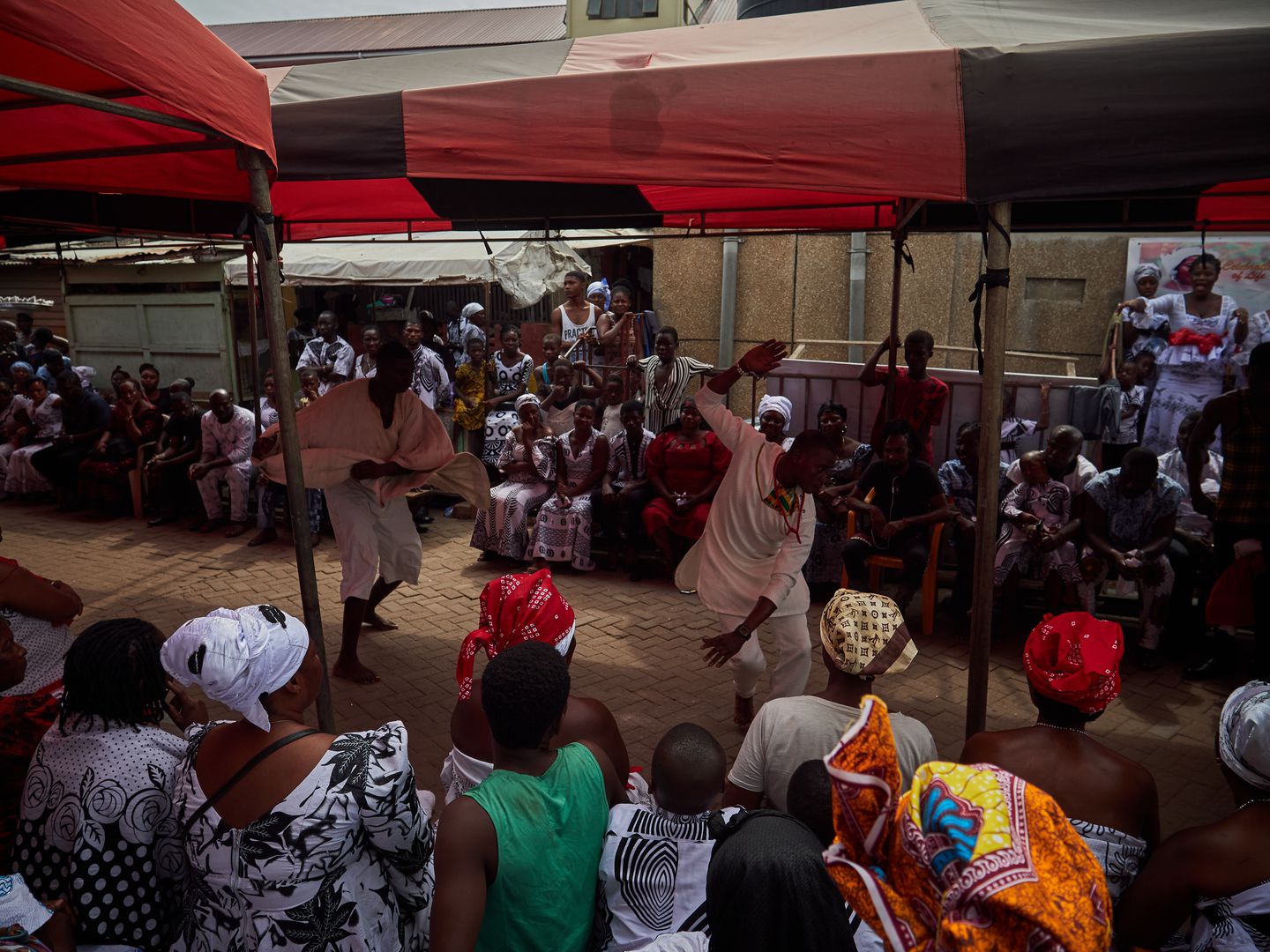 Reopening a mall when cases are mounting? Cue the dancing pallbearers.

Protesting a lockdown in a covid-19 hot spot? Cue the dancing pallbearers.

People in China, Brazil and the United States have shared video after video since the outbreak began, garnering millions of clicks and an international fan base for the pallbearers.

Benjamin Aidoo, who leads the group, isn’t sure how it happened. He woke up one March morning and saw his signature moves everywhere.

Colombian police mimicked his footwork this month as they shouldered a coffin through the city of Quibdó, urging residents through loudspeakers to remain indoors. Pictures of Aidoo’s guys have emerged with warnings in French and Portuguese: “Stay at home or dance with us.”

Columbia Police imitating the famous dancing pallbearers from Ghana. The objective of all this is to remind the people to strictly adhere to the STAY AT HOME directive from the Government of Colombia. pic.twitter.com/QFJMa0lkhu

One fan drew the pallbearers as comic-book superheroes. Another re-created them as eggs balancing a Twinkie. Another styled them as Legos. A Hong Kong shop molded them into plastic figurines.

At a time when mortality is on everyone’s minds, morbid humor seems to be a popular coping mechanism.

English-speaking Twitter users have mentioned “dancing pallbearers” at least 60,000 times this month, said Yasuko Quinn, a spokeswoman for the platform. (That’s more than “in the previous history of Twitter” altogether, she added.)

A Washington Post search for their online admirers turned up a few theories as to why.

Richmond Lee, a video game artist in Chiang Mai, Thailand, described them as “THE meme of 2020” to his 13,200 followers.

“I’ve seen it used in Thai, Chinese and Japanese memes,” said Lee, 36. “These are cultures where it’s much more taboo to talk about death directly. The pallbearers lighten the mood.”

They regularly crack up Kevin Mboya, a 25-year-old social media manager in Nairobi, who posted a reggae version.

Life is tense, he said. The pallbearers offer a fun twist on doom.

“But most importantly,” he said, “they remind me and my friends to stay at home and stop the spread.”

Shandhi Sayogo, a 24-year-old graphic artist in Bandung, Indonesia, said the meme brought some joy to his quarantine, so he turned Aidoo’s team into a pixelated animation.

They gave him, he said, “positive thoughts and energy.”

For Aidoo, the attention is a distraction from the somber reality in Ghana, which has recorded 1,279 coronavirus cases and 10 deaths as of Friday. The West African nation has banned large gatherings with music to curb transmissions.

Now the pallbearers wear face masks and give toned-down shows at smaller funerals. But they let loose last week after a local news station invited them to dance at the studio.

Tastes vary widely. Not everyone wants a lavish party, and solemnity reigns if someone dies young.

Family members usually carried the coffins before a private industry blossomed in the 1990s, said Wilhelmina Donkoh, a Ghanaian author and historian.

“Over time,” she said, “the pallbearers wanted to distinguish themselves by putting up intricate displays.”

These days, they seem to be tapping into a universal desire.

“People want and need comic relief,” she said, “to cover up the reality of a disease without a cure.”

They can laugh all they want, Aidoo said — the service is meant to lift moods.

He fell into a job at a funeral home as a teenager and formed a dance group to stand out. That troupe of six has since swelled into a force of 100.

They perform at funerals across Ghana, tweaking routines to fit customer requests.

He envisions taking the business global once it’s safe to travel. He dreams of performing in Argentina, he said, because he’s a huge fan of the soccer star Lionel Messi.

For now, like practically everyone else, Aidoo is grounded, laughing at the memes and leaning into his strange new role.

One television host recently asked him: What if people don’t stay home?

“We’re going to dance with them,” the pallbearer said.