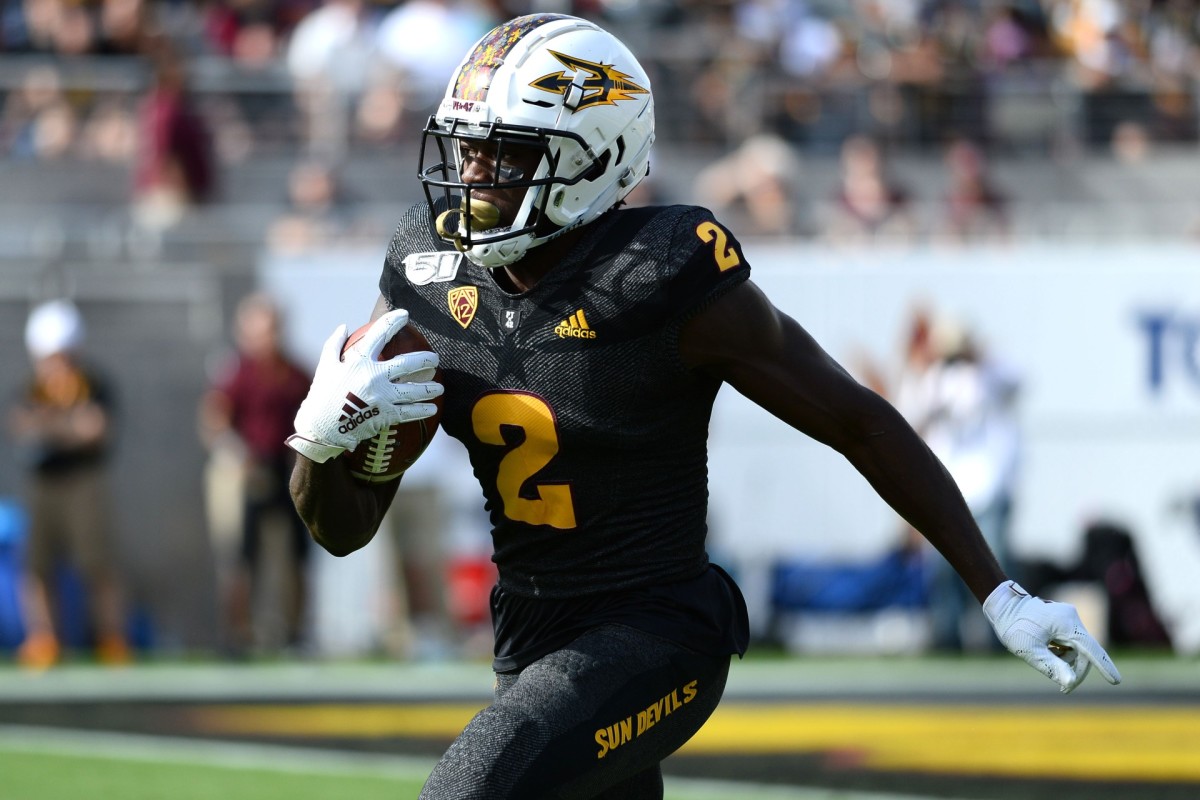 After earning their seventh trip to the Super Bowl, the 49ers want to remain a top contender in their division while ensuring they stay in the championship conversation over the next few seasons.

San Francisco comes off a season where their RBs led the league in rushing attempts (449) and rushing yards (2,246) while tying the Green Bay Packers in rushing TDs (22). They believe they have a franchise QB in Jimmy Garoppolo, along with a top option at the TE position (George Kittle).

The next step in the team’s offensive development is adding talent to the WR position. In 2019, WR Deebo Samuel proved to be a very good selection in the second round (36th pick) and a key player for San Francisco over the second half of the year. Samuel gained 926 combined yards with four TDs and 45 catches over his final 11 games, including the playoffs.

Overall last year, the WRs on San Francisco caught only 152 passes for 1,684 yards and 15 TDs on 234 targets. At the same time, the 49ers ranked 29th in the league in pass attempts per game (29.9), but second in yards per passing attempt (8.4). Their goal is to pound the ball when they have the lead while also having the option to be explosive in the passing game on play-action passes.

In the first round of this year’s draft, the 49ers secured DL Javon Kinlaw with the 14th overall pick to hopefully improve the interior of their defensive line. They traded up to get the 25th selection in the first round, which cost them the 31st (1st), 117th (4th) and 176th (5th) picks to secure WR Brandon Aiyuk.

When doing my top WR research for Sports Illustrated, I thought Aiyuk would have been an excellent fit for Aaron Rodgers and the Green Bay Packers based on his style of play. Here’s a look at his scouting player profile:

Off the break, he’ll create an edge on slants while also showcasing the wheels to make plays in the deep passing game. His route running projects well while having open field ability. Aiyuk does need to get stronger to help his release when pressed at the line of scrimmage. I expect his best success to come over the first twenty yards past the line of scrimmage when going forward. Aiyuk needs to improve on his breaks to the sidelines and moving back to the quarterback.

His speed (4.5 forty) isn’t elite for the wide receiver position.

For a second opinion on his skill set, here’s a writeup by Bob Rose on the Saints News Network at SI. Grant Cohn wrote that Kyle Shanahan fell in love with Aiyuk this offseason, and they didn’t believe that he wouldn’t slide outside the first round.

“He was my favorite receiver I evaluated,” Shanahan told reporters after Round 1. “There is no doubt on that”

“We feel very strongly from our intel over the last few months there’s no way Aiyuk was getting to 31,” Shanahan declared.

SI’s Kevin Hanson had Aiyuk ranked 36th on his big board, which lists 255 prospects.

Based on the assumption that the 49ers would continue to have success running the ball, I only gave San Francisco an increase of 10 percent in their passing attempts. I expect them to have growth throwing the ball with their overall growth via the air hinging on Aiyuk hitting the ground running and a potential rebound by WR Dante Pettis.

Remember, these projections are a starting point based on last year, but they will remain fluid all summer. I’ll have a much better picture after a full update on the 49ers team outlook while waiting for some training camp news to help see who is playing well and progressing.

As for Aiyuk in his rookie season, my initial preview points to only a WR5 with upside in PPR leagues. I have him projected for about 42 catches for 586 yards and five TDs or 130.6 fantasy points (PPR).

In the early draft season, he has an ADP of 259 as the 77th WR drafted. His fantasy value should rise over the next few months when there is a clearer picture of his opportunity in 2020.

For now, he’s only a talented flier playing for a team that doesn’t throw enough for him to be impactful in his rookie season.