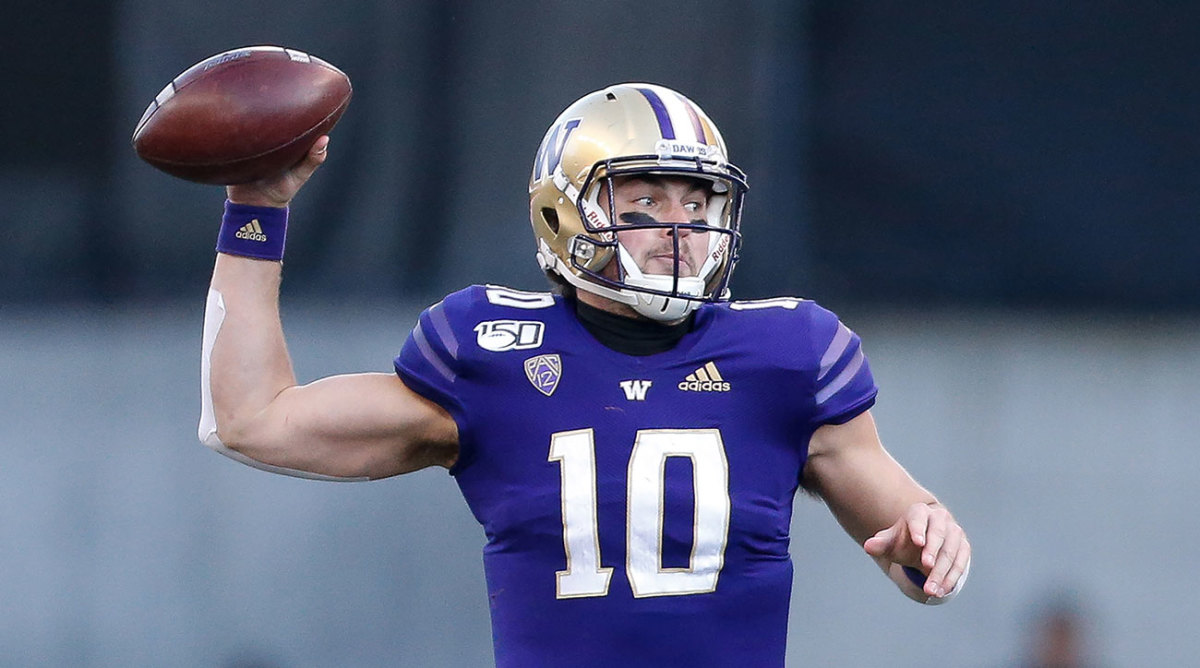 • The Saints haven’t been shy about moving future assets in the past, and they’re definitely exploring doing it again today. They’ve called teams near the top of tonight’s order and continue to explore the idea of getting a pick early in the second round. The problem? The problem is they don’t have a second-round pick to move, having traded that one last year to get Erik McCoy, who was very solid as their starting center in 2019 (he’ll likely move to guard soon with first-rounder Cesar Ruiz aboard). That means the Saints would likely have to include a 2021 pick in the deal (maybe this year’s third and next year’s second?) to get there. And while this has often left New Orleans short on volume in selections, it’s also indicative of the confidence Mickey Loomis, Jeff Ireland and Sean Payton have in their ability to get it right with less margin for error. That confidence, based on track record, is justified.

• Other clubs that have talked with other teams about trading up: Denver (46), Atlanta (47) and Jacksonville (42). Clubs exploring moving down: Indianapolis and New England. The supply of tackles is starting to run a little low, and there are a bunch of corners who were projected as potential first-rounders still there (Kristian Fulton, Trevon Diggs). Either position, or even running back, could prompt some trades up.

• Three quarterbacks are in play to go tonight, I’d think: Washington’s Jacob Eason, Oklahoma’s Jalen Hurts and Georgia’s Jake Fromm. My guess is Eason would be the first to come off the board, and I’ve heard him connected to the Buccaneers and the Colts over the last couple months. Both would afford him a redshirt year in 2020. The comp I’ve heard on Eason is Drew Bledsoe, which is perfect because I had one veteran assistant coach refer to him as a “1995 prototype” a few weeks back.

• Some names to keep an eye on early would be TCU DT Ross Blacklock and Houston OT Josh Jones (Cincinnati at 33?); Fulton, Penn State DE Yetur Gross-Matos and LSU C Lloyd Cushenberry (Giants at 36?); and Notre Dame TE Cole Kmet and Alabama S Xavier McKinney (New England at 37?). The Colts, as we said, are looking hard at moving out, and the Lions could be in play for a running back like D’Andre Swift or Jonathan Taylor.

• This is always a good day to double back with people on how they had players graded, and it really is stark seeing the difference in opinions on new Cardinals LB/S Isaiah Simmons. On one hand, I don’t think he was much of a consideration for any of the teams picking in the top seven, for varying reasons. On the other, I had one veteran defensive coordinator say to me on Friday morning that he gave Simmons “the highest grade I’ve ever given. If used correctly, he’s the defensive Michael Jordan of this draft.” And that DC wasn’t alone, I know another team that had him ranked right alongside Chase Young. All of this, as I see it, is a product of how different a prospect he is.

• The Cowboys’ handling of their pick at No. 17 was fascinating to me. Really, as they saw it, it was Oklahoma WR CeeDee Lamb vs. the field, because Lamb’s grade was clear of the field. That field included LSU pass-rusher K’Lavon Chaisson and McKinney. That made this a pure best-player-available pick, and it gives Dak Prescott a fearsome trio of wideouts, with Lamb lining up alongside Amari Cooper and Michael Gallup.

• Another thing I learned: More teams had LSU’s Clyde Edwards-Helaire as the draft’s No. 1 running back than I figured. Even though I’d mentioned him as a hot name in last night’s rumors column, that surprised me. And the teams that like him also thought he went to the perfect spot, in landing with Andy Reid in Kansas City. “They fit him perfect,” said one NFC exec. “He runs with power—I know he’s like 4′ 9″, but that dude is powerful and he has balance. Just like anything else, defenses see this small dude, and think they can beat him up and it goes the other way. And as much space as they create in that offense, he’s gonna be a problem.” (He’s 5′ 7″, by the way.)

• One more fit that’s considered really, really strong: Arizona State WR Brandon Aiyuk going to the Niners. “He’s a true route-runner, and he’s the best RAC [run after catch] receiver in the draft,” said one AFC college scouting director. “That’s ridiculous that they got him, and they’ll be able to line him up with Deebo [Samuel] and [George] Kittle. He’s strong, he can make people miss and he’s a real threat in the return game. I’d be very surprised if that’s a miss.” It’s also worth mentioning how good Kyle Shanahan is at identifying and coaching receivers, as part of all this.

• From the I can’t believe I forgot to mention this department, part of the rocky start to Monday’s in-house mock-draft, as it was conducted by the league, was the connection of none other than Cowboys owner Jerry Jones. I’d heard there was an issue muting and un-muting the line. They worked through it quickly, of course, and last night went about as well as you could expect. But after seeing Jones’s “war room” last night, it made me wonder if maybe he was having issues getting the of internet on the high seas.