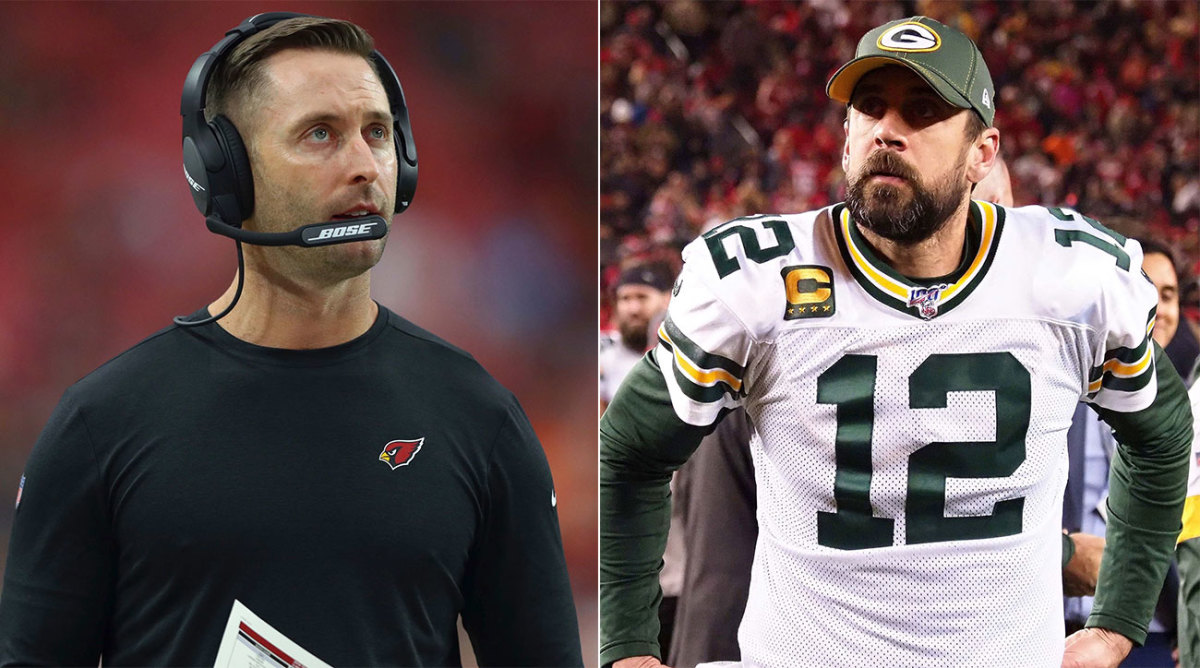 While it will take years to sort out who really won and lost this draft, there are some insights we can glean from the moments immediately following Round 1.

This was not as stunning a first round as we initially expected, given the potential theatrics that come with four first-round caliber starting quarterbacks, but the night was not without some drama. The league’s first virtual draft went off without many a technical snafu, but that didn’t stop some teams from making their own mistakes anyway.

Let’s get right into it …

Kliff Kingsbury (and the Cardinals)

The Cardinals got Isaiah Simmons at No. 8. A few weeks back, former Eagles personnel director Louis Riddick said he would “fall off his chair” if the Clemson defensive star was still on the board at No. 5. While there is a lot of pressure on Cardinals defensive coordinator Vance Joseph to properly utilize him (Simmons played nearly every position at Clemson but will likely settle into an everyday role as a Derwin James-type hybrid) the Cardinals now have a player who can both match up well with a mobile quarterback like Russell Wilson or mark some of the better tight ends and second receivers in the division (George Kittle comes to mind).

This is also an avenue to get into the shots we were able to get of Kliff Kingsbury’s living room, which looks like something out of a menswear catalogue (the kind with the clothes so expensive that normal people like us can’t get it in the mail). Seriously, how nice is this place? Is he the only one allowed to wear shoes there? Look at the landscaping and … is that a cabana with mountain views?

Whether or not Drew Lock is the quarterback of the future, the Broncos have done a better job of making him feel that way (and providing him with the proper resources) than any passer they’ve had since Peyton Manning. Pre-draft receiver rankings are largely meaningless and while I would not put any stock into the fact that many believed Jerry Jeudy would be the first receiver off the board but wound up in Denver’s lap at 15, it’s significant that they were able to get a receiver like Jeudy in that spot. Jeudy ran a diverse route tree (16 unique routes) at Alabama, caught 90% of the catchable balls thrown in his direction and is a monster after the catch. All of these things are good for a developing quarterback.

This is the fun part of a rebuild. Armed with three first-round picks, the Dolphins came out of the first round with high-upside talent that can grow with the roster. Neither Tua Tagovailoa nor Austin Jackson will have to play right away, but by the time the roster is primed for contention in 2021, both should be either fully recovered or rounding into their frames. Being able to accumulate more assets by dealing the 26th pick (instead of spending a mid-20s pick on a running back) was also a bonus, seeing as Brian Flores still exited with a coverage piece in Noah Igbinoghene.

Jerry Jones welcomes Mike McCarthy to Dallas by giving the former Packers head coach the first Round 1 pick of a wide receiver he’s ever had. CeeDee Lamb was not a player the Cowboys necessarily needed, but he turns the receiving corps into a multi-dimensional unit and instantly upgrades one of the worst aspects of Dallas’s offense. The weapon set at Dak Prescott’s disposal is impressive and good enough to score on any defense in the NFC East.

The Buccaneers traded up one spot to land Tristan Wirfs, an outstanding and versatile offensive lineman out of Iowa, believed by some to be the best in the class. Brady’s grip on Tampa Bay’s win-now roster building strategy is evident, as Tampa moves to give the legendary quarterback all of the luxuries he was never gifted in New England.

While there was an expectation that Gettleman needed to accumulate more picks in this draft (I was driving that train), the action wasn’t there and he acquired a piece that benefits both of the previous offensive first rounders he selected. Andrew Thomas can be a stabilizing force up front for the Giants after years of patchworking at the position.

Gettleman also gets props for being responsible during the COVID-19 pandemic, wearing a mask in his own home due to the fact that he was in the same room as a Giants IT employee. Gettleman, who is in remission from lymphoma, showed everyone how seriously the current crisis should be taken.

No trades were logged in the top 10 for the first time since 2015. No high-profile veterans were dealt, either. While the latter half of the first round began to satisfy the itch for some wheeling and dealing, most of what we thought about the virtual draft—that the relative uncertainty of this year’s class without pro days may lead to more movement—didn’t happen. This was especially disappointing given the late round of smokescreen buzz that included Atlanta and Jacksonville both trying to move up the board. Two quarterbacks were neatly drafted at No. 5 and No. 6, despite neither team knowing which one the other preferred.

A lot of starting spots and high-profile backup gigs are being filled at an alarming rate if you’re either one of these two former No. 1 overall picks. The Chargers were a sensible landing spot for Newton but are likely closed at the position after slotting Justin Herbert behind Tyrod Taylor. While the Patriots are still lingering out there, both are not only competing with the remaining top quarterbacks in the class, but some veterans who may be on the move like Andy Dalton.

The draft was also quietly a forum for the NFL’s elite to flex their home decor. Outside of Kingsbury, Mike Zimmer was another significant winner, phoning in his first-round pick in front of a majestic, roaring stone fireplace. And then there was Zac Taylor, the Bengals’ head coach, who appears to have been banished to some far-reaching corner of the house so as not to wake anyone up. This looks like the room where you register for your nametag at a work conference.

This was a great opportunity for the Raiders to turn their two first-round picks into a bigger bounty, but instead they made a tremendous reach with Ohio State corner Damon Arnette at No. 19. While, again, mock drafts should not dictate reality (and oftentimes they do not), this feels like the second straight year where Jon Gruden and Mike Mayock stayed at a place and picked a player who may have been available to them at a later slot. While you can call this conviction, you can also call it a missed opportunity given that Mayock has actually found some solid contributors after Day One.

Lovers of peace in Green Bay

Jordan Love is the first offensive skill position player the Packers have taken in round one since … Aaron Rodgers. While this was perfectly in line with the organization’s philosophy, one cannot imagine this went over well with Rodgers, who is 36 and has some good football ahead of him. The shift to general manager Brian Gutekunst was supposed to signify a pivot toward maximizing Rodgers’s remaining years via free agency and the draft. Instead, they selected his replacement just a few months after the Packers were exposed in a playoff loss to the San Francisco 49ers. This was a team that went 13-3 a year ago and was potentially one or two players away from returning to that spot in 2020. Unless they know something about Rodgers’s near future plans that we don’t, this will be a decision both Gutekunst and LaFleur will have to tamp down with regularity all season.