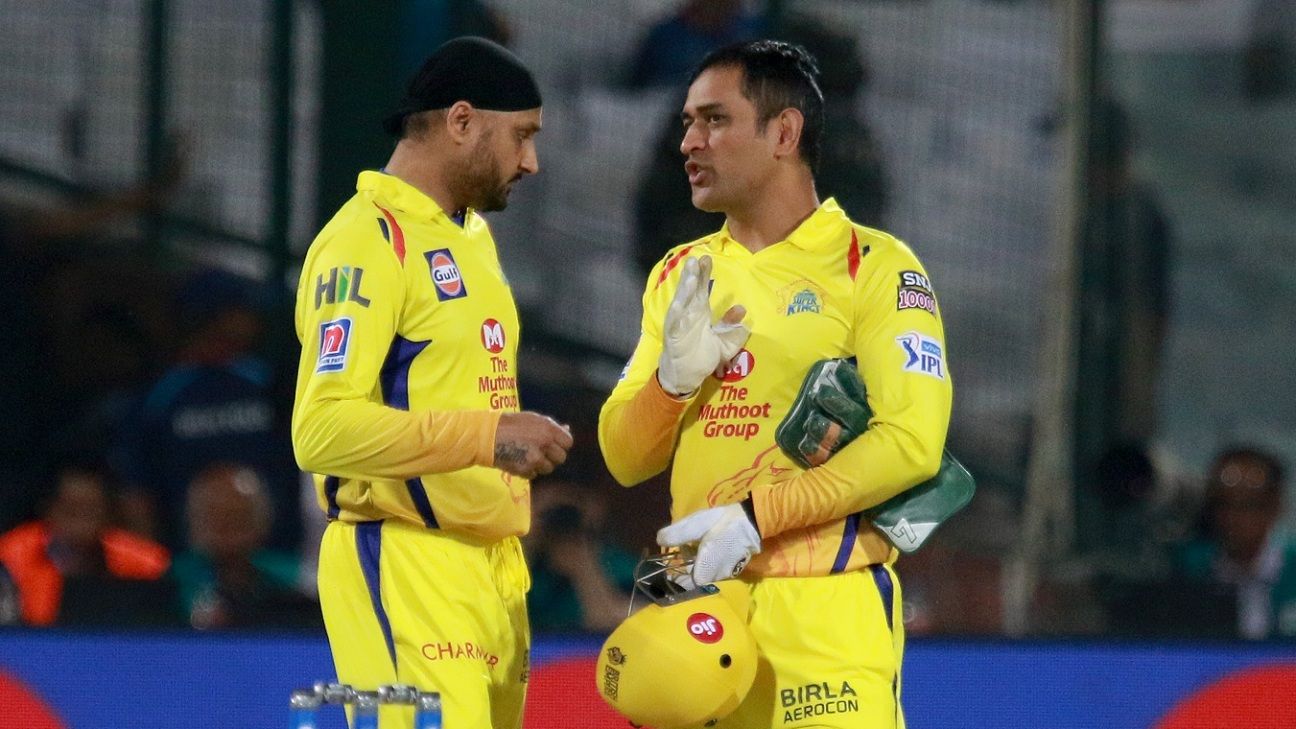 As far as Harbhajan Singh is concerned, MS Dhoni will never play for India again. Harbhajan, who trained with Dhoni in March at the Chennai Super Kings’ preparatory camp for the IPL, said the former India captain had “played enough” for India.

Recently, as soon as the BCCI postponed the IPL indefinitely, the first question that popped up in Indian cricket was: what does this mean for Dhoni, who will turn 39 in July?

India head coach Ravi Shastri had said that Dhoni, who has not played any cricket since last July, when India lost in the semi-finals of the 2019 World Cup, would need to prove his form in the IPL to be in contention for selection in the T20 World Cup, scheduled in Australia this October-November.

Talking to Rohit Sharma, India’s vice-captain in limited-overs cricket, during an Instagram chat on Thursday, Harbhajan said the 2019 World Cup was where Dhoni might have ended his India career even though he would continue playing the IPL.

“I was at the Chennai (Super Kings) camp, and a lot of people asked me, “Is Dhoni going to play? Will he be selected at the [T20] World Cup?” I said, “I don’t know, it’s up to him”. Whether he wants to play or not, it’s his decision,” Harbhajan told Sharma.

“He [Dhoni] will 100% play the IPL, but does he want to play for India anymore, that’s the first thing we need to find out,” Harbhajan said. “Does he feel like it or not? As far as I know, he doesn’t want to. Usne khel liya hain India ke liye (he’s going to play for India no longer), and as far as I know him, I don’t think he would want to wear the blue jersey again. When it comes to playing for India, I think he had decided that whichever was India’s last [2019] World Cup match was – final, semi-final – would be his last match too. That’s what I feel. A couple of people had told me, too, that this is how it will be.”

Sharma said he and his India team-mates were not aware of Dhoni’s thought process after last year’s World Cup. “We have not got any news,” he said. “World Cup’s last match was in July, since then until now we have not heard any news. [So we] have no idea [about Dhoni].”

Recalling the World Cup exit, Sharma regretted India’s bating in the first ten overs. India were 24 for 4 at the end of the first Powerplay. Asked by Sharma to compare the limited-overs teams he was part of to the current one led by Virat Kohli, Harbhajan said India’s current white-ball teams were over-reliant on the top order, lacking consistent support from the middle order.

“The current team, what I see from the outside, is too dependent on Virat Kohli and Rohit Sharma. And the team doesn’t have a lot of self-belief. There are very good players for sure, but there’s no belief that if Virat and Rohit get out… 70% of the matches get out of our hands when that happens, it’s very rare for someone to come in lower down the order and win the game for us.

“But our team had that belief, that Yuvi (Yuvraj Singh) will score the runs, if he doesn’t, Rahul Dravid will do it, someone or other will do it, there was that trust on each other. I don’t know… in this team, in matches where you (Sharma) or Virat have not scored runs, or there hasn’t been a partnership upfront, say you and Shikhar, so if three wickets fall at the start, the match is out of our hands. That’s one thing I think this team can improve on.”

Harbhajan agreed with Sharma that India have the talent to win at least two of the next three World Cups (two T20 World Cups in 2020, 2021 and the 50-over World Cup in 2023) but wanted the players to carry their IPL success into international cricket and respond to pressure better.

“The way the boys play – I see them in the IPL, somehow they don’t play the same way in international cricket,” Harbhajan said. “I don’t know whether that’s because of the pressure to keep their spots, but if they want to be big players, they have to play their natural games, what I see them playing in the IPL. In the IPL, they look like totally different players. They are hitting the same bowlers. Trent Boult plays here, Tim Southee plays here, Dale Steyn plays here, the best in the game play here. But maybe that’s the pressure of international cricket, maybe they are scared that they will lose their spots. That’s why they can’t play their games. So if they get ten games to settle down, at least they have a better chance.”