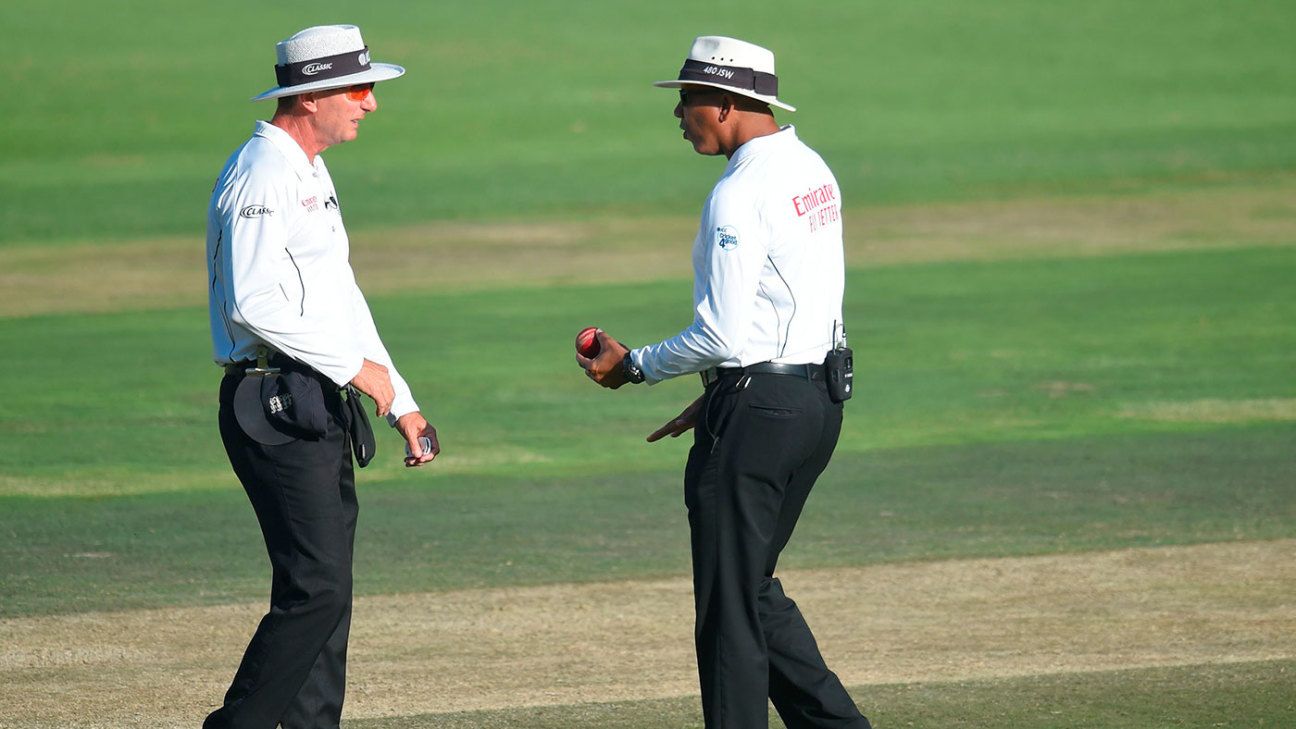 Coronavirus may force the busting of one of cricket’s greatest taboos, as authorities consider the possibility of allowing the use of artificial substances to help polish the red ball under the supervision of umpires in long-form matches, in order to end the need for player to do so with saliva.

The problem posed by the use of saliva to polish the ball is understood to be among the items raised by the ICC’s medical committee to be addressed before cricket can resume, meaning that lateral thinking is required to allow bowlers and teams to continue to find effective ways to shine the ball to help encourage conventional or reverse swing.

Decision-makers well understand the need for the ball to be polished to enable a fair balance in the contest between bat and ball beyond the early overs of an innings. As a consequence they are open to the option of allowing for the use of an agreed artificial substance to polish the ball under the supervision of the umpires – in the fashion they currently allow the ball to be cleaned by players under supervision. This would effectively allow for what is currently considered ball tampering, in the interests of health and safety.

ALSO READ: Use saliva on the ball or not – what’s the post-coronavirus future?

Such a move would likely require flexibility in terms of the substance depending on the ball being used. Kookaburra, Dukes and SG balls, to name three, are all likely to respond better to slightly different substances such as leather moisturiser, wax or shoe polish. It would also require a degree of flexibility in terms of being allowed at all levels of the game, to prevent players at every level from sharing a ball that has been lathered in saliva.

41.3 The match ball – changing its condition

41.3.1 The umpires shall make frequent and irregular inspections of the ball. In addition, they shall immediately inspect the ball if they suspect anyone of attempting to change the condition of the ball, except as permitted in 41.3.2

41.3.2 It is an offence for any player to take any action which changes the condition of the ball. Except in carrying out his/her normal duties, a batsman is not allowed to wilfully damage the ball. See also Law 5.5 (Damage to the ball).

A fielder may, however

41.3.2.1 polish the ball on his/her clothing provided that no artificial substance is used and that such polishing wastes no time.

41.3.2.2 remove mud from the ball under the supervision of an umpire.

41.3.3 The umpires shall consider the condition of the ball to have been unfairly changed if any action by any player does not comply with the conditions in 41.3.2.

When asked about the issue of using saliva to shine the ball in recent weeks, the Australian fast bowlers Pat Cummins and Josh Hazlewood were adamant that it would make life intolerable for bowlers if they did not have a means by which to polish the ball to encourage sideways movement in Test matches.

“I think the white ball would be fine, [but] Test cricket would be very hard,” Hazlewood said. “Bowlers rely on any sort of sideways movement in the air,” he said. “If you didn’t maintain the ball at all for 80 overs it would be quite easy to bat after that initial shine has gone. Whether you use saliva or sweat, maybe one person can do it. I’m not sure. It’s something that will have to be talked about when we get back out there and hopefully come up with a solution.”

The former Test paceman and current coach Jason Gillespie also tapped into a wider issue for the game – the fact that while traditional, the use of saliva was not one of cricket’s more hygienic elements. “I don’t think anything is off the table,” he told ABC Grandstand. “It could be a point where at the end of each over, the umpires allow the players to shine the ball in front of them but you can only do it then. I don’t have an answer to that but it certainly will be a conversation that will be had. If you think about it, it is pretty gross.”

Despite the evident stigma of ball tampering, there is a hidden history of using artificial substances to help polish or grip the ball, in addition to the well-documented recent use of sugar from mints or lollies in combination with saliva. In the early part of the 20th century, resin was commonly used by bowlers to help them to grip and polish the ball.

As the wrist spin bowler Arthur Mailey related in his autobiography: “Although it was against the law, I must break down and confess that I always carried powdered resin in my pocket.” Its use was not explicitly banned from cricket in Australia until 1931, with the allrounder Monty Noble once commenting of English objections that “if they don’t use it, they are very foolish”.

More recently, Dennis Lillee has quite openly recounted how he used lanolin, a type of wool wax, to help him shine the ball after it had been applied to his woollen playing shirts or sweaters. “Most fast bowlers used something to help shine the ball; there’s no doubt about that,” Lillee wrote in his autobiography, Menace. “I used spit and perspiration from my oily skin and I discovered that if I wore a pure wool jumper which contained lanolin and rubbed the ball on the jumper, it really glossed up.”

The two major groups likely to discuss the issue before cricket returns are the ICC cricket committee, set to meet via videoconference in late May or early June, and also the MCC’s world cricket committee, which cancelled its most recent meeting, scheduled for Colombo in Sri Lanka in late March. The checklist for a return to play will also feature broader issues such as those of travel.

“The situation is rapidly evolving and full of significant risk as there is still a lot to learn about COVID-19 which can make decision making difficult. The ICC Medical Committee is working with Member medical representatives to build a comprehensive picture of the issues cricket is facing,” head of the ICC’s medical committee Dr Peter Harcourt said. “Our next step is to create a roadmap for the resumption of international cricket which will include a criteria for decision making and a checklist for what needs to happen. This will consider everything from player preparation to government restrictions and advisories and bio-bubbles.”