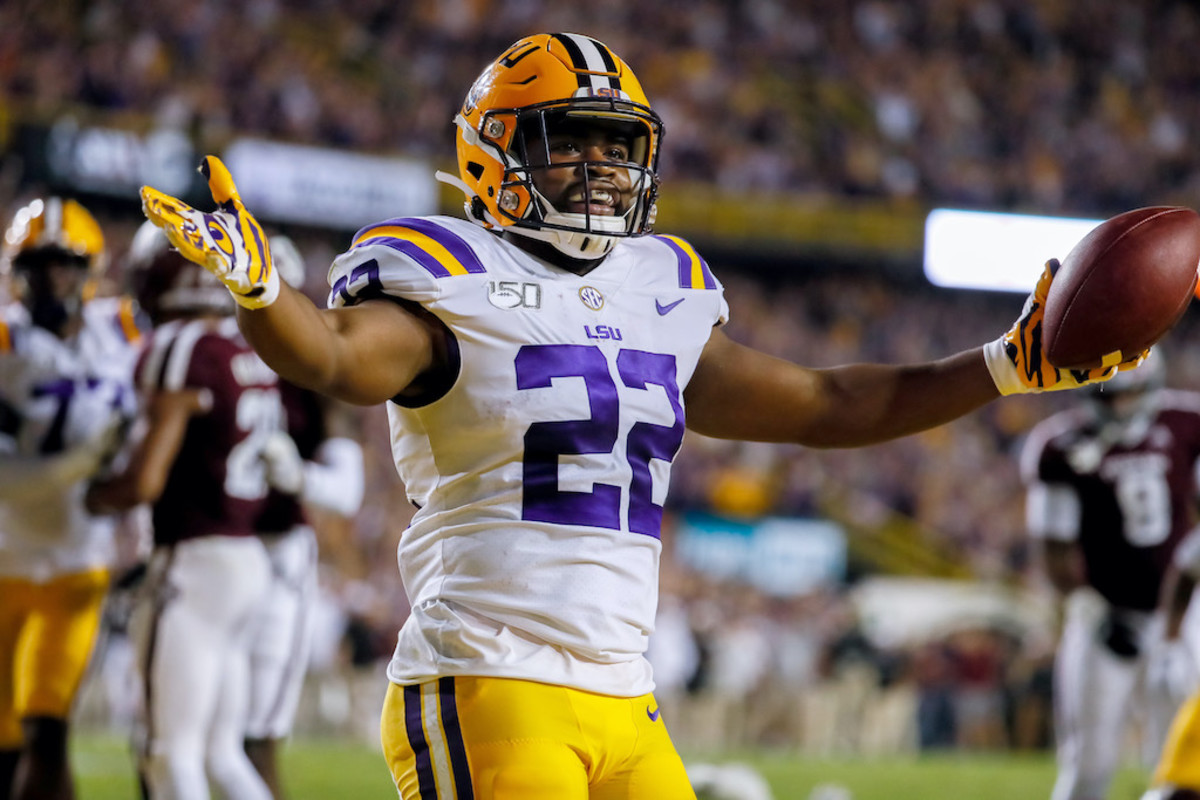 Shockingly, the former Tiger, who once stood at odds of 45/1 to be the first running back taken in the 2020 NFL Draft at Vegas sportsbooks, snuck into the first round and found a new home with the Super Bowl LIV Champions. All of the buzz in the months leading up to the draft centered around D’Andre Swift of Georgia and Wisconsin’s Jonathan Taylor.

The LSU product is a dynamic dual-threat. He’s regarded as the best route runner at his position in this year’s draft class, and is easily going to be the most sought after rookie running back in fantasy football drafts this summer. He has excellent hands and will fit in perfectly catching passes out of the backfield and taking handoffs from Patrick Mahomes.

As a runner, Edwards-Helaire showed excellent vision and patience with a tremendous burst against elite competition in the SEC. Andy Reid will be adding another page to his extensive play sheet after adding yet another excellent piece to arguably the NFL’s most dangerous offense. The Chiefs were able to win their first Super Bowl in 50 years by employing a committee approach to the backfield last season and now Edwards-Helaire will be the main back to split carries with the injury-prone Damien Williams.

Last season, Edwards-Helaire posted 1,414 rushing yards and 16 touchdowns for the defending National Champions. In fact, he is the only player in SEC history to rush for more than 1,000 yards and catch 55 passes in a single season. The biggest thing all fantasy owners need to take note of is that Williams is only signed through this season and DeAndre Washington only signed a one-year deal in free agency.

Dynasty owners will likely consider Edwards-Helaire with the first overall draft pick after possibly becoming the Chiefs’ primary backfield weapon for the next four to five seasons should the team decide to let Williams walk after next season.

Aside from Mahomes, who is the favorite in early MVP betting in Vegas, Kansas City has arguably the best tight end in the NFL in Travis Kelce as well as one of the most explosive receivers in Tyreek Hill. Adding a dynamic threat in the backfield to this offense, which also possesses Sammy Watkins who came on late in the season and the playoffs, easily makes Edwards-Helaire an immediate fantasy asset that owners should look to target in the middle rounds of PPR drafts this summer.

Many scouts and draft analysts have compared Edwards-Helaire to another former Chiefs great, Priest Holmes. If that lofty comparison comes to fruition, fantasy owners are in for the next great RB1 courtesy of the best offense in the NFL.