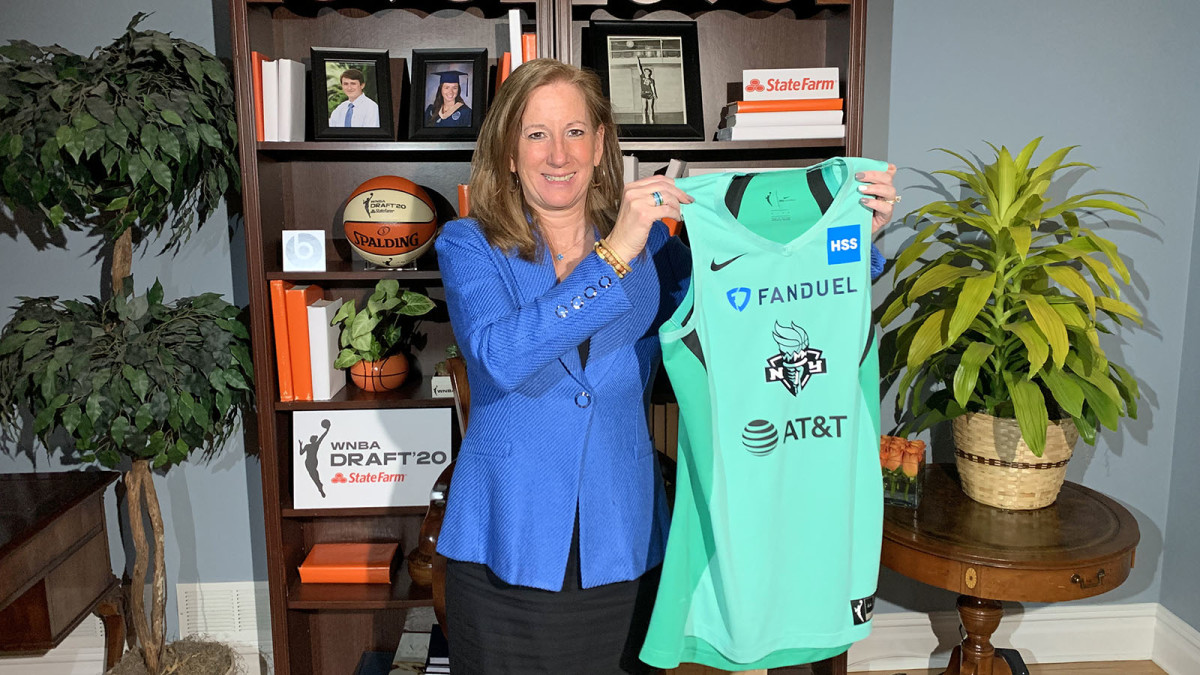 A live, televised virtual draft was just an idea—until the WNBA made it a reality.

The WNBA was the first professional league to conduct its draft virtually on live television on Friday, April 17. In doing so, it proved such an event can still work under quarantine and provided a template for other sports to follow.

The three-round, 36-pick event broadcasted on ESPN was crafted around giving prospects the best possible experience. According to WNBA commissioner Cathy Engelbert, a “player-first agenda” was the league’s priority in deciding both not to delay the draft and to incorporate prospects into the broadcast.

“We had been trying to decide for a couple weeks,” Engelbert told Sports Illustrated about holding a virtual draft. “But it became clear quickly…From a human standpoint, it was important [to involve the prospects].”

Prior to the live broadcast, Engelbert called each top prospect to ask if they would participate virtually during the draft. Upon inviting them, Engelbert said many were just thankful that their dreams were coming true, no matter the situation.

For Engelbert, a successful draft meant making a special moment for the players that had just lost their opportunity of a final NCAA tournament experience. A gift box was sent to each top pick ahead of the draft that included WNBA swag, hats to wear from each of the 12 teams upon being drafted and a personalized message from Engelbert (that was recorded with the help of her daughter). Each prospect was able to scan a Snapchat code on their box to see and hear Engelbert welcome them to the WNBA.

In planning the event, Engelbert was aware the draft would only be as successful as technology would allow. In continuing the player-first focus, Beats headphones and technology packages were sent to the top prospects to broadcast their live reactions with their families, as well as be interviewed on ESPN following their selection.

The picks were named by Engelbert from her New Jersey home, a production that was affectionately named “live from the bookshelf” by her daughter. After figuring out the best room to broadcast from, Engelbert prepared with whatever she had accessible. She steamed jerseys to get wrinkles out and hung them on a sweatshirt drying rack; she mapped out the best spots for cameras with tape on her floors; she had her daughter and son act as her stagehands as she read the picks live from email on her iPad.

“If we did this five years ago, there could have been more risk,” Engelbert said in regard to the technological component.

After roughly two to three weeks to prepare for the virtual side of the production, Engelbert was proud of the ultimate result. The live feed was not free of issues—some streams lagged, and one from Alaska especially had poor bandwidth—but considering the moving pieces between in-studio coverage and remote cameras, the event was able to showcase a special night for the players and to see their reactions.

“We couldn’t be happier with moments we provided,” Engelbert said.

The viewing public agreed with Engelbert’s takeaways, as the WNBA draft recorded its best ratings in 16 years. While Engelbert noted fans may have been hungry for a live sporting event, she also acknowledged the importance of naming Gianna Bryant, Alyssa Altobelli and Payton Chester, who died in a helicopter crash on Jan. 26, as honorary draft picks.

“We had been planning that, we were going to honor them no matter if it was live or virtual,” Engelbert said. “We asked their families to record messages to [describe] what it meant to them, and the videos speak for themselves.”

In addition to the tribute, the WNBA also had a star of the show in No. 1 overall pick Sabrina Ionescu. Players around the NBA and WNBA took to social media to congratulate Ionescu, which potentially drew more eyes to the event.

For the smaller-scale WNBA draft, a virtual experience was accomplished nearly without a hitch. The question remains, though, if other leagues can do the same.

“It all comes down to technology and bandwidth,” Engelbert said.

The WNBA prospects were hosted in a virtual green room as they awaited their selections, and team general managers were on a call to discuss and reveal picks. The NFL draft, running from April 23-25, will have a similar setup for its virtual draft, but the scale increases greatly with a higher potential for trades and technological hacks.

As all professional sports leagues remain suspended due to the coronavirus pandemic, virtual drafts may become necessary for the NHL and NBA as well. Both leagues are scheduled to hold drafts at the end of June and have yet to make final decisions on how and when they will take place.

As the coronavirus pandemic has halted sports, the WNBA has helped set the standard for other leagues on how to hold an event that was previously uncharted territory.