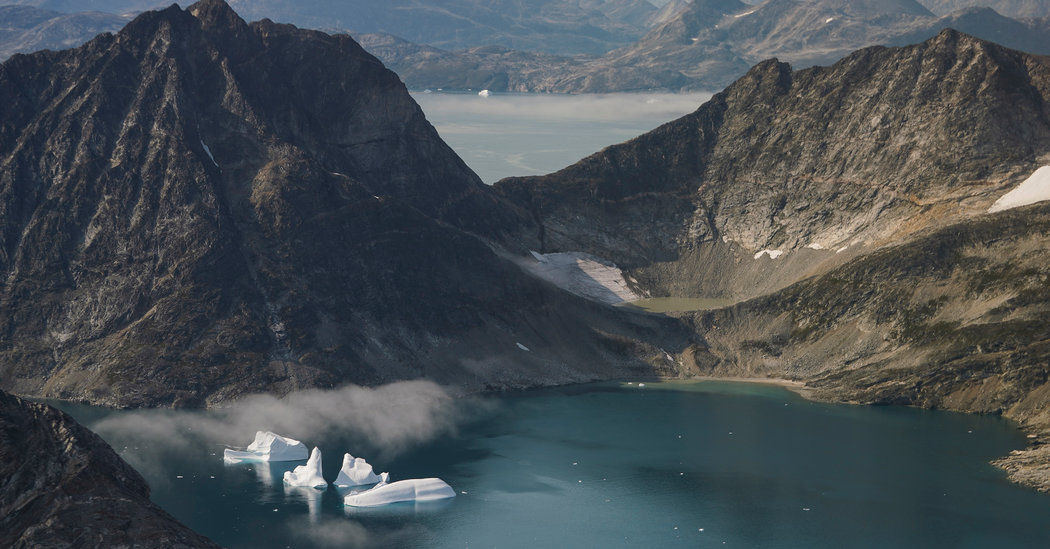 COPENHAGEN — Denmark said no, emphatically, when President Trump expressed interest last year in purchasing Greenland. But that doesn’t mean the Danish government would rebuff a little American help for its semi-autonomous territory.

The United States has agreed to provide Greenland with $12.1 million in economic support, the Greenlandic government announced on Thursday, a move that some in Copenhagen met with wariness and anger, in light of Mr. Trump’s covetous gaze at the vast mineral-rich island, which contains 10 percent of the world’s fresh water.

That saga colored some reactions when the U.S. ambassador to Denmark, Carla Sands, published a statement on Monday hailing the importance of the Arctic region and offering “a substantial package of economic support funds to help jump-start growth in Greenland.”

Most of the aid will be given in the form of American advisory and consultancy services, used to “benefit the economic development of Greenland, including the mineral industry, tourism and education,” according to a statement issued on Thursday by the Greenlandic government.

Many of the Danish government’s allies and opponents have objected to the aid. Soren Espersen of the far right Danish People’s Party on Wednesday denounced the aid as “insulting,” telling the Danish news website Altinget, that such economic support was “for developing countries.”

On the left, the Greenland spokesman of the Socialist People’s Party, Karsten Honge, called the plan “extremely provocative,” and described it as an attempt to “put lice in the fur coat” of the island’s relationship with Denmark, according to the website Altinget. A conservative Danish lawmaker, Rasmus Jarlov, also accused the United States of “clearly undermining” Denmark-Greenland relations.

But Denmark’s minister of foreign affairs, Jeppe Kofod, said on Thursday that Denmark wants Greenland to have a mutually beneficial relationship with the United States. “It’s no secret that we’ve worked for a long time with Greenland to make sure Greenland sees a benefit from the U.S. presence,” he said, adding that it was now up to Greenland’s government and the US to decide how they want to spend the money.

But Mr. Kofod declined to comment on the backlash against the aid. “I’m not going to speak about people’s concerns,” he said. “People are free to have them.”

Reactions among Greenlandic lawmakers were split.

Some were suspicious over the fine print of the plan. “We need to clarify if they pay today and we’ll be in debt tomorrow,” said Aaja Chemnitz Larsen, a Greenlandic member of the Danish Parliament, on Thursday.

But many lawmakers were positive. Greenlandic lawmaker, Aki-Matilda Hoegh-Dam, said she found the negative responses baffling. “It’s a fantastic opportunity,” she said of the American package, adding she hoped it would “strengthen human capital” in Greenland.

“This good news confirms that our work on building a constructive relationship with the United States is fruitful,” Kim Kielsen, the island’s premier, said.

On Monday, Ms. Sands said the United States was merely seeking to bolster its support for “a secure and stable Arctic,” in response to Russia and China’s growing ambitions in the region.

“The United States wants to be the partner of choice in the Arctic, and we hope to achieve this partnership through direct U.S. engagement that sustainably accelerates development and prosperity in the region,” she said.

Greenland, long ago settled by Vikings, has more than a millennium of shared and sometimes troubled history with Denmark. It now has a population of 56,000 and is self-governing except in matters of foreign affairs and defense, with significant local support for greater independence. It also receives $740 million annually from the Danish government.

Greater U.S. support could allow the island to reduce its reliance on funding from Copenhagen. But Mr. Trump’s talk of a purchase last year prompted outrage. “Greenland is not for sale and cannot be sold,” Mr. Kielsen said at the time.

Local firms have lost contracts worth over $400 million at the Thule base in recent years, and Denmark and Greenland expect to face a bill of at least $26 million for cleaning up the closed facilities.