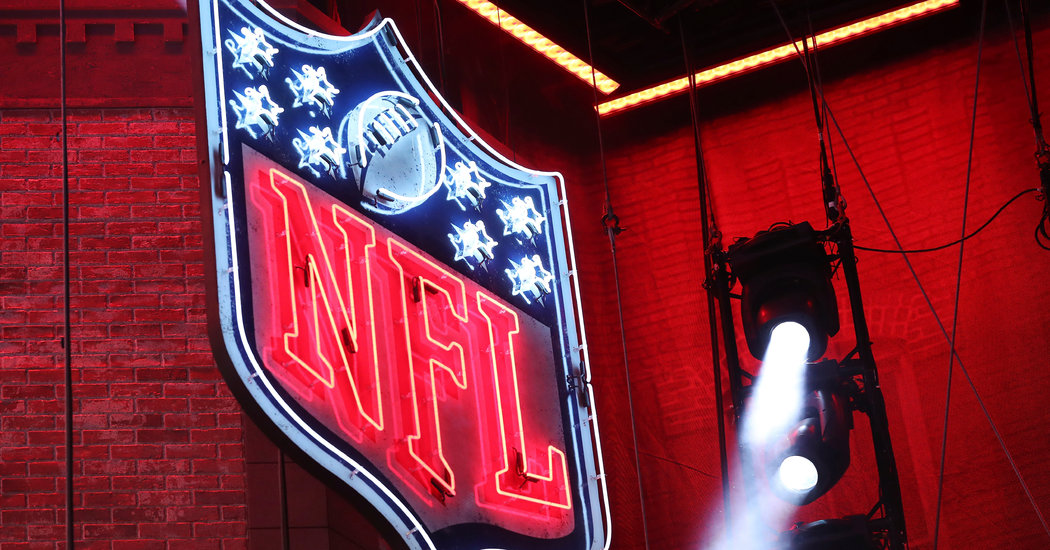 With most of the United States under stay-at-home rules, the N.F.L. has turned its normally raucous three-day draft into an online and television-only event.

The spectacle starts at 8 p.m. Eastern time, and will be broadcast on ABC, ESPN, ESPN Deportes and the NFL Network, and will also be streamed.

Roger Goodell will announce picks from his basement.

In keeping with the times, all team officials will work remotely from their homes and Commissioner Roger Goodell will announce their 32 picks from the basement of his house in Bronxville, N.Y. He showed fans a tour of his setup in a video posted to Twitter.

During the draft, fans will see 58 top prospects via remote video from their homes, after the league sent “technology kits” to them by mail. (They will have to hug Goodell at some other point.) Between picks, viewers will see telethon-style performances from celebrities, including the comedian Kevin Hart and the singer Harry Connick, Jr.

Team officials will have 10 minutes to make their first-round picks on Thursday, and less time for Rounds 2-7 on Friday and Saturday. General managers and coaches have been showing off their draft tech setups on social media, with the Giants Dave Gettleman showing off a relatively lo-fi home office, at least compared with that of Jaguars Coach Doug Marrone.

If there are technical glitches while a team is on the clock, the N.F.L. will have the option of extending the amount of time the team has to make a pick.