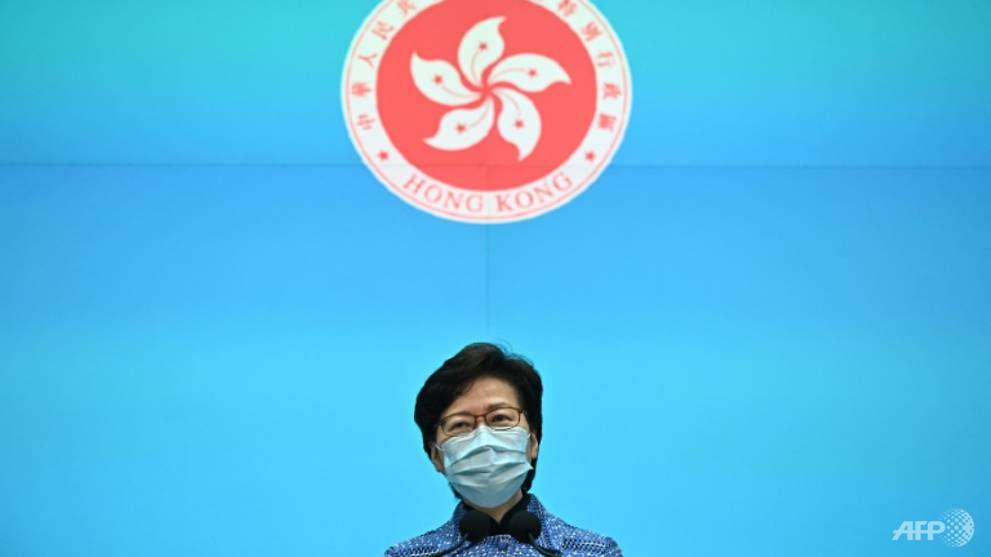 HONG KONG: A roundup of Hong Kong activists and a row over the powers of Beijing’s office in the city have deepened the political crisis engulfing the financial hub even as a coronavirus lockdown prevents large-scale protests.

The mass demonstrations that convulsed the semi-autonomous Chinese city for seven straight months last year have dissipated during the COVID-19 crisis as cautious residents stick to social distancing.

But over the past week, political tensions have soared once more, threatening to upend the calm in a city still ruptured by ideological divides and where many fear China’s strengthening grip is eroding their freedoms.

There is a “new, gritty nastiness emerging”, risk management consultants Steve Vickers Associates warned in a note this week, and with neither Beijing nor the democracy camp willing to make compromises, future unrest was near inevitable.

Those detained were not masked protesters who often violently clashed with police, but rather some of the city’s best-known moderates – including former lawmakers, academics and a media tycoon.

Among them was 81-year-old barrister Martin Lee, who in the 1980s helped draft the Basic Law – the city’s mini-constitution that grants liberties and a high degree of autonomy unseen on the Chinese mainland.

The police swoop came during a row over whether Beijing was reinterpreting a key part of that document.

The spat began when the Liaison Office – which represents China’s central government – issued a statement condemning pro-democracy lawmakers for filibustering in the legislature.

The office suggested the politicians had breached their oath of office and could be prosecuted.

That sparked accusations that Beijing had crossed a line.

While China’s control over Hong Kong’s foreign policy and defence is undisputed, Article 22 of the Basic Law forbids Beijing departments from “interfering” in areas where the city governs itself – such as its legislature and separate judicial system.

As criticism mounted, the Liaison Office made a landmark announcement: It was not governed by the provision – even though documents previously submitted to Hong Kong’s legislature stated it was.

Instead, it argued it had a “distinctive” role and could exercise a “supervisory power” over the city.

Hong Kong’s government deepened the confusion when it issued a statement initially saying the Liaison Office was governed by Article 22, only to retract it hours later and issue two more corrected versions.

The cabinet member whose office provided the advice for the initial statement was moved to a new position in a reshuffle on Wednesday, although city leader Carrie Lam denied it was linked to the furore.

Critics seized on the move as the latest attempt by Beijing to increase control over Hong Kong’s politics.

The Progressive Lawyers Group called it “brazen in its intention to tighten Beijing’s grip on the city by unconstitutionally expanding the powers of the Liaison Office”.

And the Bar Association published a legal analysis concluding there was “no question” Beijing’s offices in the city were bound by the non-interference clause.

Prominent activist Joshua Wong told AFP he believed China’s leaders were taking advantage of the world being distracted by the pandemic.

“Beijing in the upcoming future will just strengthen and enhance interference in Hong Kong local affairs,” he said.

Others disputed the idea that the Liaison Office crossed a legal rubicon.

“Merely commenting and expressing one’s view on a matter of public interest would not count as intervention,” Simon Young, a law professor at the University of Hong Kong, told AFP.

Jasper Tsang, a former president of Hong Kong’s legislature and a pro-Beijing heavyweight, said the Liaison Office felt it had “no choice” but to wade into the paralysis in the legislature, which had left a dozen Bills languishing for months.

Opponents are filibustering to delay a Bill outlawing insults to the Chinese national anthem – a serious provocation to Beijing.

Tsang said the Liaison Office would likely be more confrontational in future.

Expectations are now rising that last year’s unrest will return, especially with legislative elections due in September, when the pro-democracy camp is hoping to score large gains.

Beijing has also made it clear it wants Hong Kong to have a new national security law – a proposal that sparked huge protests in 2003.

Now, some dissidents have started calling for a protest on Jul 1 even if social distancing measures against the virus are still in place.

“Businesses should prepare for further civil unrest, as the threat from the virus recedes and friction rises,” said Steve Vickers Associates.