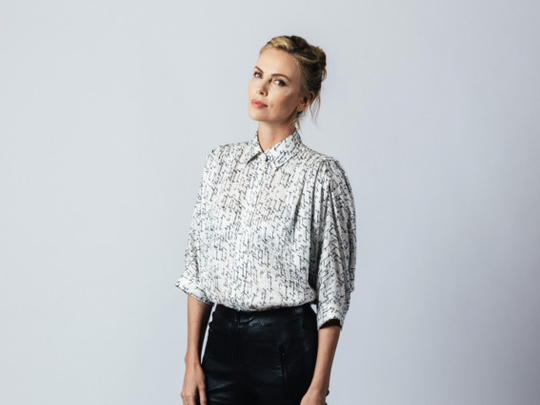 Actress Charlize Theron and her foundation are committing $1 million (Dh3.67 million) to coronavirus relief efforts, with half of that dedicated to fighting gender-based violence resulting from the outbreak.

The Charlize Theron Africa Outreach Project announced that under an initiative called Together For Her, $500,000 would go to domestic violence shelters and community-based programmes fighting gender-based violence. Advocates have warned that domestic abuse is a major danger during the pandemic as lockdown orders sometimes mean women at risk are confined at home with their abusers, with little means of escape. Children are also imperilled.

The Oscar-winning actress will be supporting efforts in the United States and in her home country of South Africa, according to a statement from the foundation. Additional funds will be designated both domestically and internationally through two partner organisations, CARE and the Entertainment Industry Foundation.

“As the global spread of COVID-19 has forced people indoors, life has become even more dangerous for women experiencing domestic violence, especially for those who are most marginalised and are at increased risk of experiencing violence,” the statement said.

It said donations to Together for Her would be directed toward services such as shelters, support and counselling, helplines, crisis intervention, health services, legal services and other forms of support for women and children experiencing domestic violence.

“Charlize and these three organisations are calling upon other influential women and organisations to join this critical cause to provide safe spaces and life-saving programmes for women in need,” the statement said.