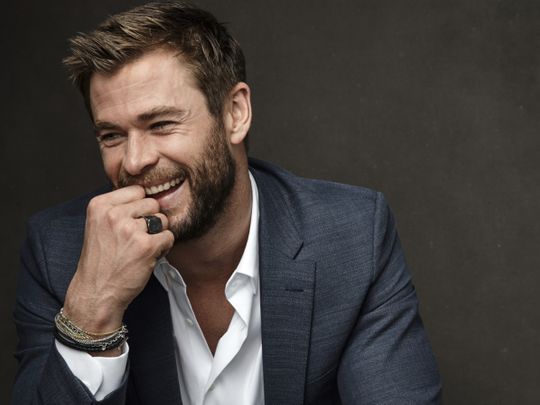 The big-budget action thriller ‘Extraction’ belongs, in many ways, to another world.

It’s set in the Bangladesh capital of Dhaka, one of the most densely populated cities in the world. It’s in this urban sea of people and traffic that Chris Hemsworth’s battle-scarred mercenary engages in a torrent of gunfights, car chases and hand-to-hand combat.

‘Extraction’, produced with the Marvel-trained muscle of Joe and Anthony Russo (‘Avengers Endgame’, ‘Captain America’), wasn’t shot in Dhaka but in Thailand and Ahmedabad, India. In India, it was one of the largest Hollywood productions to set down on the subcontinent. The throngs there doubled for Dhaka and populated ‘Extraction’, a teeming movie made very obviously before the pandemic era of social distancing.

“There were thousands of people watching each day and erupting at the end of each take. It was like being in the Coliseum,” Hemsworth said in an interview by video conference from his home in Australia. “It’s interesting now to go: Would you be able to pull that off post-this? It would be very different.”

‘Extraction’, which debuts Friday on Netflix, is the directorial debut of Sam Hargrave, the stunt coordinator on ‘Endgame’ and other films and the former stunt double of Chris Evans’ Captain America. It’s a familiar kind of kinetic action movie featuring lengthy takes and violent choreography, but it benefits greatly from the atmosphere of an exotic, lesser seen and overwhelming locale. And, right now, ‘Extraction’ is easily the biggest new spectacle arriving on any screen anytime soon.

The film re-teams Hemsworth with the Russos, a year after ‘Endgame’, in a script penned by Joe Russo a decade ago. He adapted it from the graphic novel ‘Ciudad’, which is set in Paraguay’s Ciudad del Este. But a couple years ago, when the Russos tapped Hargrave to direct, they went looking for a new city.

“There were a few projects that were circling Ciudad del Este as a location, one in particular at Netflix. When we came up with the idea to flip it to Sam, we started looking for another, fresh location,” said Joe Russo. “We had spent some time in Mumbai on a promotional tour and that’s where we got the idea to do it in Bangladesh.’’

Hargrave first scouted Dhaka in 2017, in between the shoots for ‘Infinity War’ and ‘Endgame’.

“It’s very densely populated but it has an energy and vibrancy that’s unique,” said Hargrave. “You couldn’t look in any direction that’s not unique to the Western eye.”

Films set in far-flung locations with a white protagonist have sometimes been criticised for relying on “white savoir” tropes, a charge that has been lobbed by some at ‘Extraction’. Hemsworth plays Tyler Rake, a mercenary hired to rescue the son of an Indian drug lord. He soon finds himself double-crossed and fighting legions to shield a boy (Rudhraksh Jaiswal) for reasons he’s not even himself sure of.

The cast is an exceedingly international one, including the Bollywood actors Randeep Hooda and Pankaj Tripathi. Since launching in India in 2016, Netflix has increasingly prioritised reaching the subcontinent’s 1.3 billion people. Reed Hastings, Netflix’s chief executive, has previously forecast that the company’s next 100 million subscribers will come from India, and it has poured some $400 million (Dh1.46 billion) over 2019 and 2020 into expanding India-specific content. (Netflix declined to say how much ‘Extraction’ cost to make.)

For the Russos, they see ‘Extraction’ as an extension of the globe-spanning scale of Marvel, brought to a different genre and a smaller-screen platform.

“Joe and I got to see not just the fandom but the filmmaking community around the world,” said Anthony Russo. “Having opportunities to tie into talented filmmakers from every corner of the globe is very exciting to us.”

The Russo brothers are currently editing their next film, the crime drama ‘Cherry’, remotely. They say they are, like much of the industry, trying to conceive and plan for how productions of any kind — let alone huge, rough-and-tumble films like ‘Extraction’ — can resume in the months ahead. The Directors Guild recently formed a committee led by Steven Soderbergh to examine possible on-set solutions.

That makes the visceral, peopled realm of ‘Extraction’ a vision of a recent but, at least temporarily, vanished movie world. To Hemsworth, it was a thrilling one.

“It ratcheted up the pressure of shooting within those places being so densely populated,” said the actor, recalling elaborate action scenes with hundreds of people. “Sam threw us in a location that added to it tenfold.”

‘Extraction’ streams on Netflix from April 24.