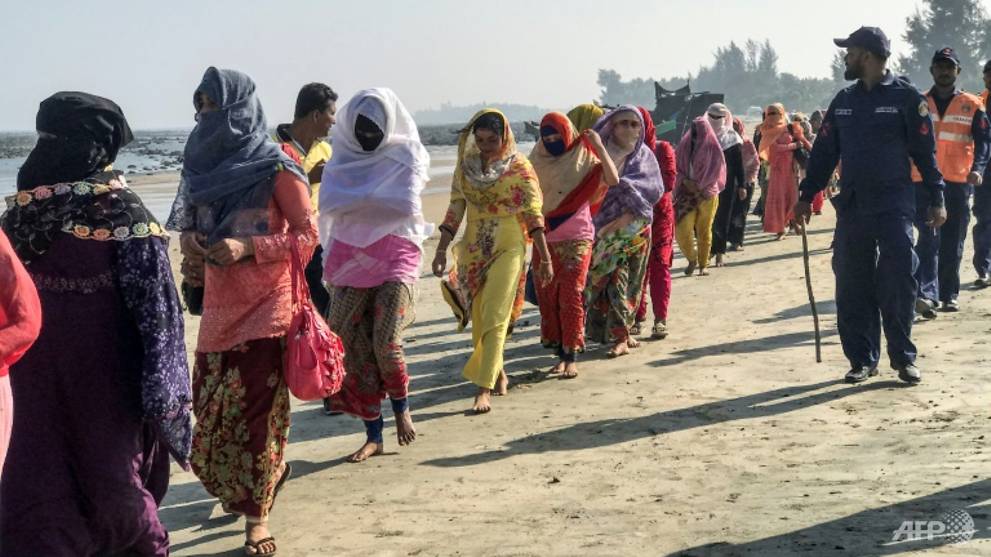 The new controversy over stranded Rohingya blew up just a week after dozens starved to death on a boat that was left at sea for two months before it could land.

Activists are fearful that large numbers of Rohingya, a persecuted Muslim minority from mostly Buddhist Myanmar, may be trapped on boats and unable to reach other countries.

The two latest boats are in international waters after human traffickers had tried to reach Malaysia, according to aid groups and a Rohingya community leader.

“Two boats carrying Rohingya are trying to get into our waters,” he said, adding that the vessels could have come from Myanmar’s Rakhine state following fighting between the military and rebel groups, or “somewhere else”.

“Our navy and coastguard are on alert and they have been instructed not to let these boats enter Bangladesh,” Momen said.

“No more Rohingya will be allowed in,” he added.

About one million Rohingya are in camps on the Bangladesh-Myanmar border having fled decades of persecution in their home region in Rakhine. Many want to leave the camps for other more affluent Asian nations.

Thousands of refugees died in the Andaman Sea in 2015 on rickety fishing vessels that tried to reach Malaysia and Thailand.

The boat that came ashore last week with some 390 Rohingya was forced back by the Malaysian navy. The surviving Rohingya have been put into coronavirus pandemic quarantine, organised by the UN refugee agency.

Rights group Amnesty International has said two fishing trawlers carrying some 500 Rohingya women, men and children are in the Bay of Bengal after being pushed away by Malaysia.

Bangladesh should rescue the stranded Rohingya, Amnesty said in a statement, and other governments in the region should “fulfil their shared responsibility to carry out search and rescue efforts”.

A Rohingya leader at one of the huge refugee camps in Bangladesh’s Cox’s Bazar district said there were about 280 people in total on the two boats.

“The Malaysian navy has turned them back. But the traffickers want to make another attempt to reach Malaysia,” said the leader, who had raised the alert about last week’s tragedy and spoke on condition of anonymity.

“I heard there is a hunger problem in the boats. But the traffickers don’t want to bring them back to Bangladesh.” The community leader said the traffickers would only be paid if the refugees reach Malaysia.

A week ago, Malaysia denied entry to a boat carrying around 200 Rohingya due to coronavirus fears, the air force said.