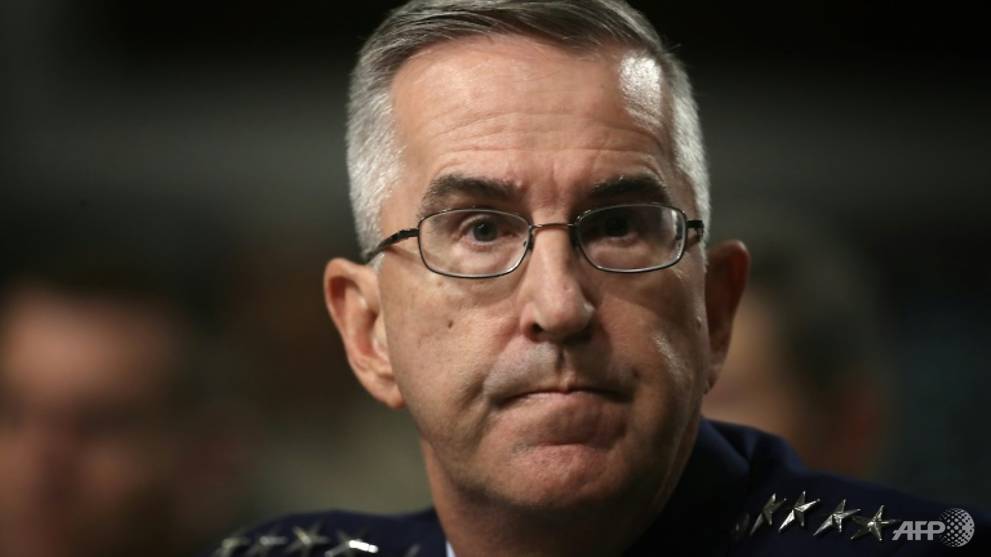 WASHINGTON: A top US general said on Wednesday (Apr 22) that the US military had no indication that North Korean leader Kim Jong Un has been incapacitated or lost any control of the country’s military.

Asked about reports that Kim had undergone surgery and may be still under treatment, Pentagon Joint Chiefs Vice Chair General John Hyten said, “I can tell you that in the intel I don’t have anything to confirm or deny anything along those lines.”

“I assume that Kim Jong Un is still in full control of the Korean nuclear force and the Korean military forces,” he said.

“I have no reason not to assume that,” he added in a briefing for reporters.