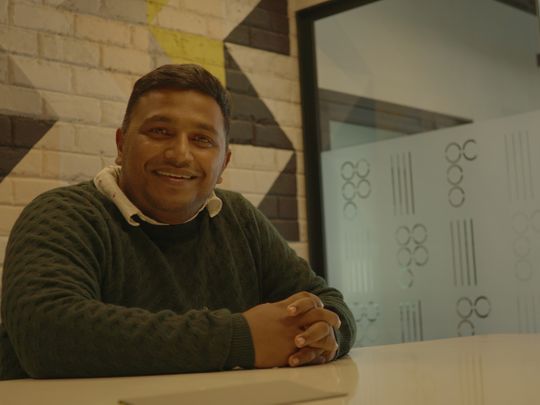 It couldn’t have come at a better time.

With lockdown forcing us to stay indoors, Prashant Pillai’s online course ‘Take Control’ is a great way of looking within oneself and learning skills to improve our well-being.

This free course comprises of four modules with lectures by Pillai. While the first module is about building a resilient mind, the second section deals with understanding health and improving it, the third section is on resolving conflicts in relationships and the fourth module are lessons on building wealth.

Pillai’s lectures are well articulated as he coaxes you ahead in each class. He is in no hurry to get through the lessons and makes them interesting with quotes. Simple and easy to understand, the lessons are accompanied by worksheets and links to other resources at the end. Clearly it makes you more self-aware, mindful, and with a new perspective on life.

So what prompted this musician to embark on this?

“I keep getting requests from people who need guidance regarding life and career choices and when I dig in a bit deep I found most of them have got a lot of unresolved issues that they need to fix to move to the next stage,” said Pillai. “Either they are not aware, or they have ignored it. Most of these people’s turmoil came from not having a framework- a life system in place. I decided to create one to help them out. These are lessons that should be taught in every home, schools and colleges. I want everyone to educate themselves of how they can better the current state of overall well-being and build a life of their dreams.”

“‘Take Control’ grew from lessons learnt and adapted over the past fifteen years of my life,” he added.

Pillai’s musical journey in cinema began with Malayalam film ‘Nayakan’ in 2010 directed by Lijo Pellissery. He has scored music for all Pellissery films including the last — the much acclaimed ‘Jallikattu.’ Pillai has also composed music for Hindi films-Bejoy Nambiar’s ‘Shaitan’ and Anurag Kashyap’s ‘Mukkabaz.’

“Both languages-Malayalam and Hindi — are different ends of the spectrum, though their quest for capturing emotions is what makes scoring for their cinema so much fun. Anurag reached out after hearing ‘Anagamly Diaries,’ and picked just about the right film that I could work on,” recalled Pillai. “I sent Anurag over a couple of soundtrack pieces during the shoot of the film. It helped him sequence some narratives in the film.

“Jallikattu’, for its sound that had to be invented. ‘Ee Ma Yau’ because it was an emotionally tough film for me to work on. ‘Shaitan’, as it was my first film,” he explained.