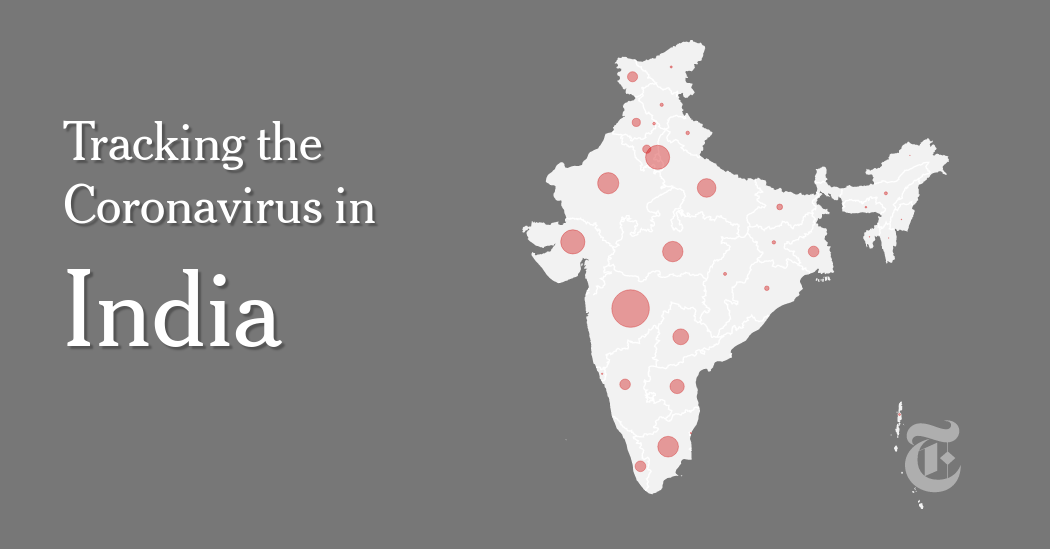 There have been at least 20,471 confirmed cases of coronavirus in India, according to the Ministry of Health and Welfare. As of Wednesday morning, 652 people had died.

Source: Ministry of Health and Welfare of India. Circles are sized by the number of people there who have tested positive, which may differ from where they contracted the illness.

Cases by state and union territory