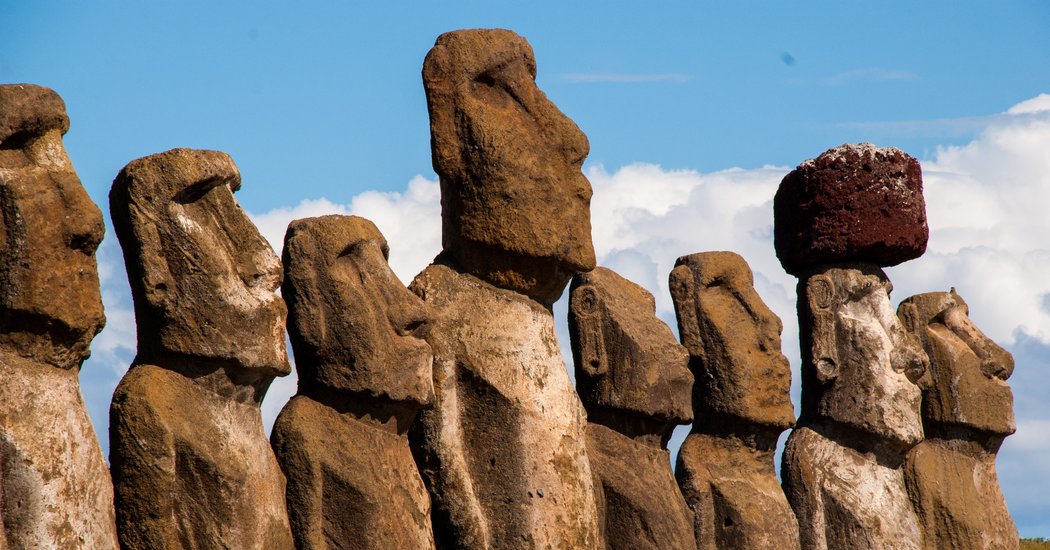 Easter Island is often described as “mysterious” and “mystical.” That outsider perspective is reflected in archival TV segments included in “Eating Up Easter,” a documentary about the very real, terrestrial, socio-economic concerns of the island locally known as Rapa Nui, which sits in the Pacific Ocean, more than 2,000 miles from mainland Chile.

While its megalithic moai statues have made Rapa Nui a vacation attraction, this film (now streaming via Music Box) provides a more microcosmic insight from residents, who talk about how tourism and modernization are ruining their ancestral land.

The Rapanui director Sergio Mata’u Rapu and his anthropologist wife, Elena, who wrote and co-produced the film, frame “Eating Up Easter” as a letter to their young son — having him has made them think more about the future of the island. But even with the personal elements, the lean feature also feels like an educational program, to a fault. There are too many complicated moving parts stuffed into its short running time, from residence laws to the economic boom brought on by the 1994 film “Rapa Nui,” co-produced by Kevin Costner, which created many jobs but also introduced materialism. Rapa Nui has the highest per capita income in Chile, but the island has been dumped with a nearly unmanageable amount of garbage, mostly from tourists.

One of the residents the film focuses on is the outspoken Mama Piru, who had dedicated her life to cleaning up waste. The director sometimes adds voice-over to others’ experiences that feels inauthentic. He weaves autobiographical tidbits because these issues are close to home, but the meta-doc method doesn’t quite work in a film that also strives to be so straightforwardly informative.