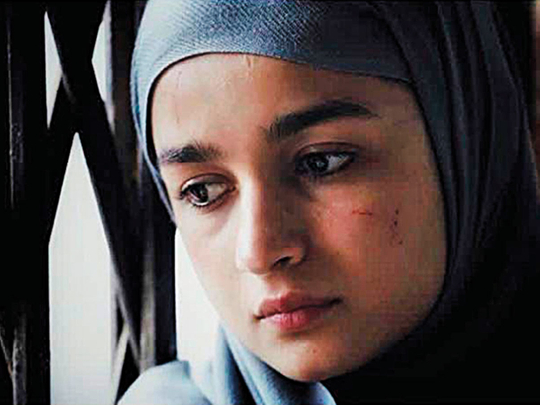 On their official page, Mumbai Police have shared a meme featuring a smiling Alia in her “Gully Boy” look. “That face when he says he is going out for a walk during lockdown,” reads the meme.

Lately, Mumbai Police have been posting quirky tweets featuring Bollywood stars, their films and popular on-screen characters, while advising people to stay at home during the lockdown.

This is not the first time Alia features in a tweet by Mumbai Police. Recently, they had created a message using the names of her popular films while urging people to stay at home. “Mumbaikars, we hope you all are ‘Raazi’ with this advise of Ms @aliaa08 to not venture out in any ‘Gully’ unnecessarily and take care of ‘Dear Zindagi’ for all!” they had tweeted.

Other stars who have featured in Mumbai Police’s quirky tweets include Ajay Devgn, Shahid Kapoor, Abhishek Bachchan and Arjun Kapoor.

Recently, Mumbai Police tweeted mentioning Abhishek Bachchan’s character in the “Dhoom” franchise, ACP Jai Dixit, as an inspiration. Their official handle shared: “Just taking the ‘ACP Jai Dixit’ route to ensure that the city gets back to normalcy soon — that too, with a ‘Dhoom’! All Mumbaikars need to do is not make ‘Dus Bahaane’ about going out unnecessarily!”

They even tweeted using Ajay Devgn’s popular movies: “Dear Singham, Just doing what khakee is supposed to do to ensure that things return to how they were – Once upon a time in Mumbai! #TakingOnCorona.”

Their tweet featuring Shahid Kapoor’s films read: “The most ‘Shaandaar’ support Mumbaikars can provide right now is to stay at home. And make plans for what all we would do together ‘Jab We Meet’ post #lockdown #TakingOnCorona.”

Tweeting with the names of Arjun Kapoor’s movies, Mumbai Police had shared: “Taking no ‘half’ measures to ensure safety from #corona in Mumbai – a city with millions of ‘Ishaqzaades’ in love with it!”