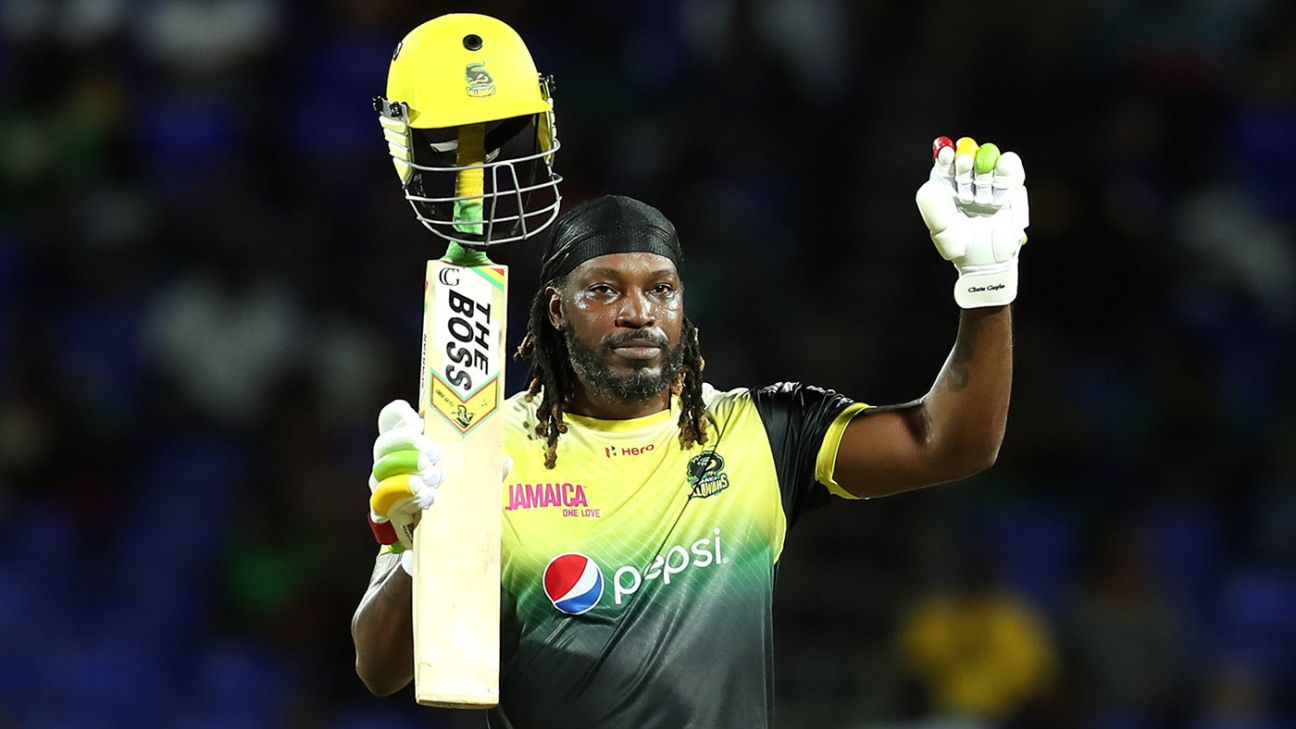 Chris Gayle will represent St Lucia Zouks in the 2020 Caribbean Premier League (CPL) season, after Jamaica Tallawahs chose not to retain him.

Gayle played for the Tallawahs in the first four CPL seasons, before spending the next two years with St Kitts and Nevis Patriots. He re-joined the Tallawahs last season and made 116 in his second game, but ended the season with 243 runs in ten innings as the franchise finished bottom of the table.

St Lucia were the other team to be knocked out at the group stage last season. Daren Sammy has also been retained, and was confirmed as the franchise’s captain yesterday.

“This is great news for St Lucia Zouks and for me as a captain to have the ‘Universe Boss’ on my side,” Sammy said. “Chris is one of the most successful T20 batsmen in the world and with his experience with our young openers, a lot can be learnt from Chris.

“I welcome him to the Zouks franchise. Chris will be in St Lucia and the fans will be happy that Jamaica has released him. I will have a motivated Chris Gayle looking to prove a point that he is one of the leading T20 batsmen in the world. I can’t wait for CPL 2020 and hopefully the coronavirus will be under control and we can have an exciting T20 tournament.”

“It’s brilliant news that we have been able to get Chris Gayle with us at this year’s CPL 2020,” Flower said. “I have got a long association with Chris running all the way back to his debut Test match in Trinidad back in 2000. I’ve seen his exploits in all three forms of the game and I am really looking forward to working with him and Daren Sammy toward a special year for St Lucia cricket.”

The CPL is currently scheduled to take place between August 19 and September 26, but organisers are currently making contingency plans due to the Covid-19 pandemic. It is possible that the tournament will be played behind closed doors or without overseas players, or delayed until December.