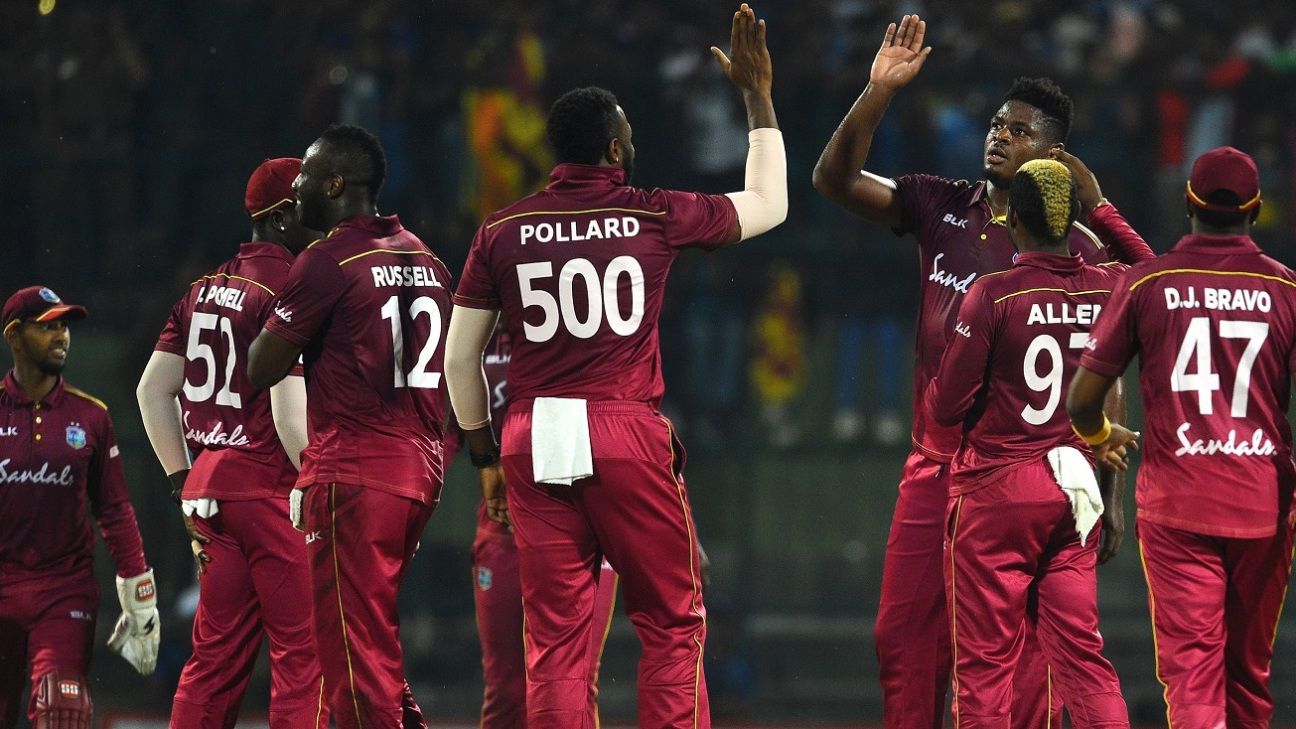 In middle of a global lockdown, international and domestic West Indies players are facing another challenge with Cricket West Indies (CWI) not paying their match fees since January this year that would under normal circumstances have been due for payment at the end of February 2020. The main reason for the delay in payments has been understood to be a severe cash crunch CWI has been facing which has been exacerbated by the Covid-19 pandemic.

The international men players have not been paid their match fee for the home series against Ireland in January (three ODIs and three T20Is) and the Sri Lanka tour in February-March (three ODIs and two T20Is). The international women are owed the match fees for the four matches they played in the T20 World Cup, played in February-March in Australia.

However, the biggest losers are the domestic players, most of whom have not been paid a large percentage of their match fees for the 2020 West Indies Championship, the regional four-day competition. In March, CWI discontinued the competition after eight of the 10 rounds, declaring Barbados the winners of the Headley-Weekes Trophy (named after Caribbean greats George Headley and Everton Weekes).

The regional players are contracted under two categories: one comprises a set of 90 players that are on monthly retainers with the six franchises. The six teams include Barbados, Guyana, Trinidad and Tobago, Jamaica, Leeward Islands and Windward Islands. These contracted players are split across four categories: A, B, C and Development. Players in Category A get a monthly remuneration of US $2,666, those in Category B get $2,000, those in Category C earn $1500 and those in Development get $1,000.

The second contracted category is the play-for-pay, where players are paid on per-match basis. All regional players, across both categories, are paid $1600 per match which is separate from all the allowances including per diem.

According to Wayne Lewis, the secretary of the West Indies Players’ Association (WIPA), the contracted regional players have been paid their allowances salaries, but match fees for all the eight rounds of the domestic four-day competition are still outstanding. Those in play-for-pay category, though, have been paid the match fee for the first three rounds only.

“The players who are contracted, their monthly salary (and allowances) are up-to-date,” Lewis told ESPNcricinfo. “The problem we are having is the retained players in the regional first-class competition have not been paid their match fees for the eight rounds that have been played so far.”

According to Lewis, the West Indies women have received the prize money from the T20 World Cup, but not their match fees, which has also not been paid to the men’s white-ball squads. Lewis said WIPA was in touch with CWI to “ensure the money is paid as quickly as possible” to the players. Lewis also said that CWI had pointed out well in advance to WIPA about the cash crunch.

CWI chief executive officer Johnny Grave had given the assurance that payments would be made in the near future. “Cricket West Indies is facing a tough time financially,” Grave told ESPNcricinfo. “Whilst all of our contracted players have received their salaries and allowances, and some players have received prize money and match fees, there is still money that is outstanding and we are trying to settle these player payments as a priority.”

“We are two months behind making match fee payments,” Grave said. “I personally emailed all the players since end of the February when they would have been due (match fees). We have apologised to all the players and we are eternally grateful to their continued patience and support. We’ve been very open and honest as to why we can’t pay them and all the players know it is a priority for us to pay them as soon as we can.”

That CWI was still able to clear dues for players for 2019 was only possible because of the England and India series at home last year. “That (the loss) was counter-balanced by having England and India in 2019 which led to record revenues. We almost cleared the balance of 2018 and 2019.

“And now we are in unprecedented times with Covid-19 so people that are due to pay us money haven’t been able to. Unfortunately the knock-on effect means that we are struggling to meet our obligations to our players.”

Lewis said the delay was nothing new, but he had “no doubt” that CWI would settle the player payments by end of June. “We have always worked amicably with CWI and they have settled all outstanding payments for last year (2019). It is this year’s payments they are having problems with. We are working to have all those payments done by June.”

Grave was not sure when exactly CWI would be able to clear the dues, but he remained optimistic mainly because CWI was in the middle of negotiating a new broadcasting deal after the previous contract with Sony-Ten expired in late 2019. He also said that CWI was looking at ways to use the Coolidge Cricket Ground in Antigua, a 16-acre site which Grave called an “asset”, to raise money.

“I can assure you we are working all the time to try and bring a speedy end so that we can pay everyone accordingly.”