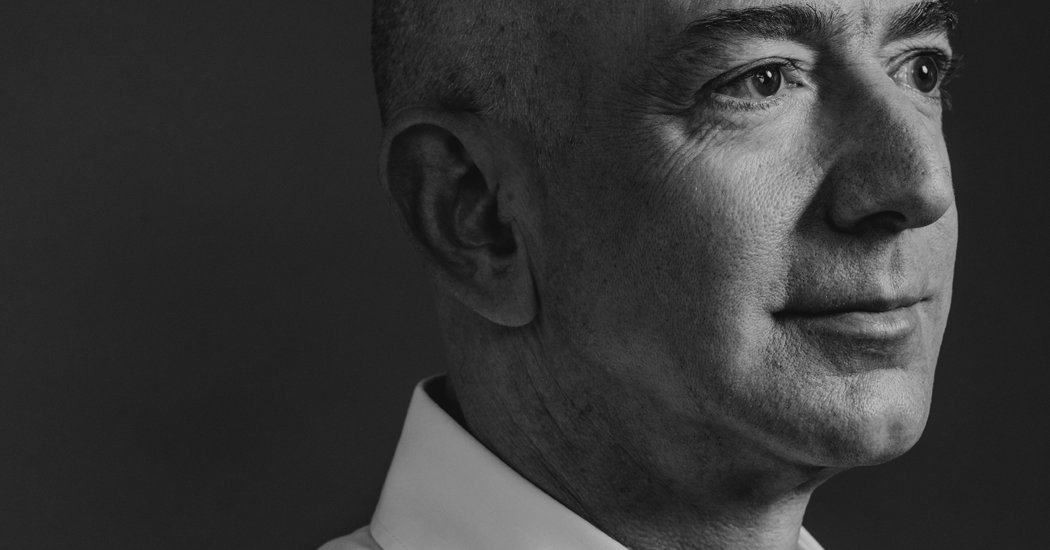 SEATTLE — At the end of February, Jeff Bezos, Amazon’s chief executive, and his girlfriend, Lauren Sanchez, were in France discussing climate change with President Emmanuel Macron at the Élysée Palace and celebrating atop the Eiffel Tower with the designer Diane von Furstenberg. Days later, paparazzi spotted the couple grabbing dinner at Carbone in New York.

By late March, he had decamped to his ranch in West Texas, focusing on Amazon as the coronavirus pandemic spread across the United States.

After years of working almost exclusively on long-term projects and pushing day-to-day management to his deputies, Mr. Bezos, 56, has turned back to the here-and-now problems facing Amazon, the company said, as the giant retailer grapples with a surge of demand, labor unrest and supply chain challenges brought on by the coronavirus.

He is joining daily calls to help make decisions about inventory and testing, as well as how and when — down to the minute — Amazon responds to public criticism. He has talked to government officials. And in April, for the first time in years, he made a publicized visit to one of Amazon’s warehouses.

But Amazon is one of the few companies that have benefited financially from the crisis. Because of all the customer demand, shares of the company have hit record highs. That has made Mr. Bezos, the wealthiest man in the world, $25 billion richer since early March.

“That you analyze, plan, delegate, hold people accountable — all those good techniques kind of go out the window,” Mr. George said. “The leader, no matter how large the company, does need to take charge.”

Before the pandemic, Mr. Bezos increasingly spent his time away from Amazon’s headquarters in Seattle. He traveled the world and devoted a day each week to Blue Origin, his space exploration company.

At Amazon, Mr. Bezos typically gave his priority to projects that addressed a major risk to the business or where he felt he was uniquely qualified to get involved, according to two people familiar with his process, who like others interviewed for this article requested anonymity because they weren’t authorized to discuss Amazon’s operations publicly. That meant he was spending more time on fun, futuristic bets. Before the voice assistant Alexa was released, he held several meetings a week to track the product’s development. He closely followed the cashierless Amazon Go stores.

Focusing on the long term is “pretty much all” he did, Mr. Bezos told Forbes in 2018, in one of the few in-depth interview he has done about Amazon in recent years. “I very rarely get pulled into the today,” he said.

The coronavirus crisis changed that luxury. At first, he publicly went dark. No trips were documented on his Instagram account, and on March 4, when Amazon told its headquarters employees to work from home, the email came from a generic office safety email account, signed by “Amazon Human Resources.”

The company’s board meeting, scheduled in Seattle the next week, was held online, and Mr. Bezos began talking regularly with his executives, focused on responding to Covid-19. Eventually, he held the calls daily, including on weekends.

Mr. Bezos has been “incredibly focused on this and is participating in, and driving, our leadership meetings” for the response, Jay Carney, the company’s senior vice president for corporate affairs, said in a March 31 interview.

As the coronavirus gripped the country, cases appeared among workers in Amazon’s warehouses. By mid-March, Amazon’s vaunted logistics operations were breaking; customers wanted more products just as fewer warehouse workers showed up for their shifts, afraid to risk getting the virus or left to care for children whose schools had closed.

Mr. Bezos and the other executives soon approved plans to stop accepting low-priority items into warehouses and to delay customer shipments of other items that Amazon considered low demand, according to three people briefed on the changes.

Mr. Bezos helped decide which features to remove from the Amazon website to reduce customer demand, such as burying its popular page promoting daily deals, one of the people said. He also approved delaying Prime Day, the company’s summer shopping extravaganza.

Still, workers and lawmakers increasingly called for more precautions at the warehouses. On March 21, Mr. Bezos sent a rare letter to all of Amazon’s employees, which the company immediately posted on its blog. He said the company had ordered millions of face masks for workers, though few of those orders had been filled.

Waiting weeks to address his employees was a mistake, particular when Seattle had an early outbreak of the virus, Mr. George said.

“You need to be out there early, every day, and talking to your people,” he said. “If the people are risking themselves, you need to be there with them.”

Amazon said the senior executive who oversees operations had communicated with employees earlier.

In late March, Mr. Bezos posted on Instagram a picture of him holding a video chat with Washington’s governor, Jay Inslee, one of several officials he has talked with. The photo gave a glimpse of Mr. Bezos’s puppy, which sometimes yaps during calls, and the Saltillo tile at his West Texas ranch. (Amazon said he had worked from other places as well.)

Mr. Inslee said in an interview in late March that Mr. Bezos had focused on the issue of vastly increasing testing for the coronavirus in the state and country.

“We were talking about whether we could somehow activate the Amazon supply chain to see if we could mobilize the production and distribution of those assets, including the delivery logistics,” Mr. Inslee said.

“How do we get to a point where tests are available on demand,” Mr. Carney said about Mr. Bezos’ thinking, “where results are as close to instant as possible?” That would let Amazon and other employers identify and quickly “isolate places where there are potential outbreaks and then defeat this,” Mr. Carney said.

Meeting notes from Mr. Bezos’ call with executives on April 1, which were obtained by The New York Times, showed that they had discussed working with medical organizations to focus on expanding testing capacity for its workers and others “to help immunize from criticism that we’re selfish in using the tests for employees.”

The company would later announce plans to start building its own small lab. “We are not sure how far we will get in the relevant time frame, but we think it’s worth trying,” Mr. Bezos told shareholders.

He has joined the daily calls from the new testing team, which has procured tests and is close to rolling out a pilot program to test employees, according to a person familiar with the effort.

Notes from the daily meeting, which were first obtained and published by Vice, also showed that the warehouse crisis, and organizing by workers to raise safety concerns, continued to be a risk to the company. While the notes do not mention Mr. Bezos by name, they reported “general agreement” among the executives about how Amazon should handle an employee who the company said had been fired for breaking quarantine rules when he protested its safety measures. The notes said the company should make him “the face of the entire union/organizing movement,” adding that he was “not smart, or articulate.” Amazon’s general counsel, who wrote the meeting notes, later apologized.

The publication of the notes prompted criticism from New York officials and several U.S. senators.

On April 8, when the virus had spread to more than 50 Amazon facilities, Mr. Bezos made a surprise visit to a Whole Foods store and an Amazon warehouse, both near Dallas, which the company filmed. Afterward, he asked other executives why masks, which the company had finally obtained, weren’t being required, according to a person involved in the response.

A few days later, Amazon told its warehouse workers that they had to wear masks.