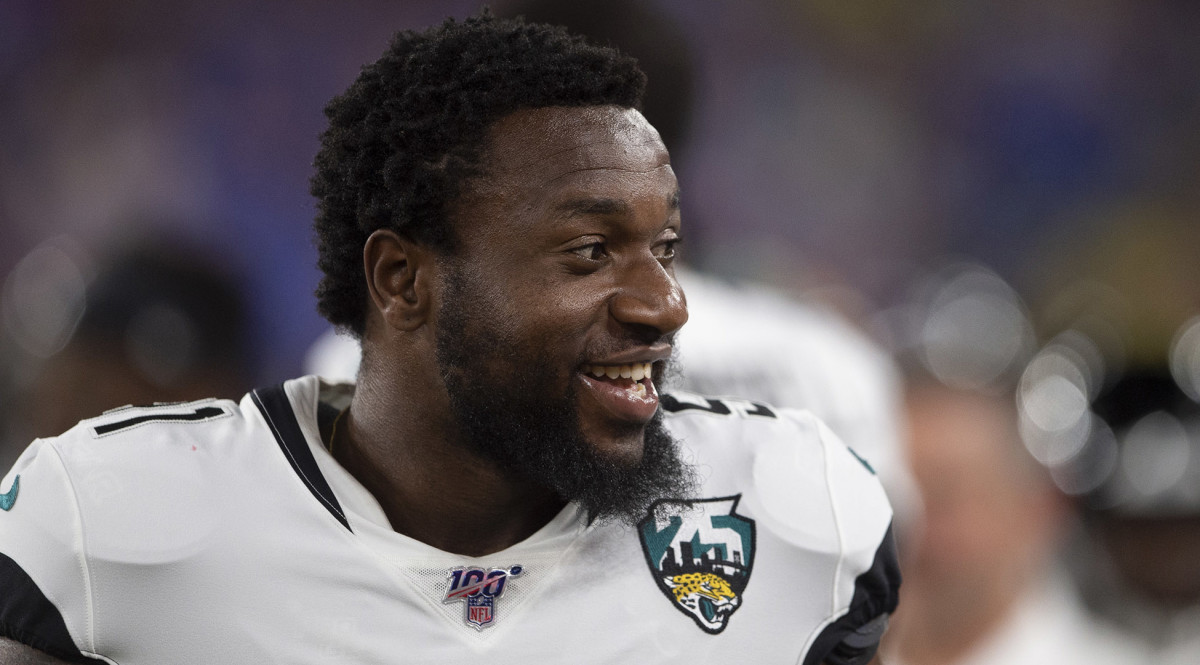 It all started when Yannick Ngakoue, currently languishing in franchise-tag limbo as the Jaguars search for a trade partner, let it all out on Twitter and, in an extra bit of aggressiveness, tagged senior VP Tony Khan and broke out some uncalled-for insults. To sum it up, Ngakoue: Hurry up and trade me you melvins! Khan: Pipe down so we can trade you and by the way you’re submarining your trade value you goober!

Most folks chimed in with some variation of “he put him in a body bag!” because it’s understood that you only tweet phrases that have been tweeted four billion times before. Some claimed Khan had taken the high road by offering robotic gratitude for Ngakoue’s contributions to the franchise before politely suggesting he stop tweeting. However, never in the history of anything has a tweet been involved in the high road. (In fact, had Khan taken the actual high road and ignored Ngakoue’s tweet, he would have continued on with his life, as would the rest of the world, and I wouldn’t be sitting here on a Monday night pecking out this lukewarm take.)

Most of us tend to look at the NFL through the lens of a front office because we’ve all played fantasy football and Madden franchise mode but few of us have mangled our bodies and brains on an NFL field. But consider the situation Ngakoue finds himself in.

Coming out of the University of Maryland, he was not given a choice of what team he would play for thanks to the draft system. He was not given a chance to negotiate how much money he would make—and he would far outperform that rookie contract—thanks to the rookie wage scale. He fulfilled that rookie contract and, after a very negative experience trying to negotiate a long-term deal last summer, was set to hit the open market this offseason. He’s no longer an employee of the Jacksonville Jaguars. Yet, he’s still tethered to the Jaguars because of the absurdity known as the franchise tag.

The franchise tag was originally created to help teams retain franchise-defining players (that’s why it was originally called the “Elway rule”). But the union gave ownership an inch, and ownership, as they always do, took a hectare. The franchise tag has now mutated into this farce; a team essentially holding onto a former employee, who has no interest in ever again playing for that franchise, against his will.

(Anyway, if you want to know more about the franchise tag I wrote a one-man play about it. Or it’s more like a two-man rock opera. Either way, critics are calling it “better than Hamilton!” Or at least they would if it weren’t for politics.)

So, viewed through more of a players’ lens, here’s another way to look at and Fire Joe Morgan–ify some of Khan’s celebrated Twitter jabs (or, “twabs,” as I want people to start calling them):

But “new regime” (which, again, is staffed by pretty much the same people as the old regime minus one person) implies that it’s a kinder, softer, or at least slightly-more-player-friendly regime. Taking to social media to taunt a prominent former player who you are currently jerking around is a funny way of branding (not ha-ha funny, more “funny” like the attempted jokes in this piece).

But the Jaguars are, of course, just exercising the God-given right bestowed upon them by the CBA. They just want fair value in exchange for Ngakoue, so they will treat him as the law allows them to treat him. (They could have also simply traded Ngakoue when he was still under contract, as they did with Jalen Ramsey, but that’s a story for another time.)

Still, this is where the franchise tag drops us off in the Twilight Zone. And not the new Jordan Peele one, the old one with the pig faces and guys outside the plane and my God it’s a COOKBOOK!

Ngakoue was not treated well by the organization nine months ago when he tried to negotiate a long-term contract. He ultimately gave the Jaguars four seasons, playing 66 of a possible 67 games, at a high level and at a steeply discounted rate. Despite no longer being under contract, he is now tasked with negotiating better trade terms on his former team’s behalf?

And here’s the Janikowski-sized kicker: There’s already a system in place to compensate the Jaguars with draft capital if Ngakoue signs elsewhere. They’d be rewarded with a third-round compensatory pick thanks to yet another lever designed to limit players’ freedom of movement and earning power.

I’m assuming most of the football-watching world has already fallen back on the ol’ greedy millionaire football player complains while NFL team tries to make ends meet like the scrappy small business it is. So, sure, Ngakoue really isn’t making his situation any better by tweeting. Which brings us to the moral of the story: No one should ever tweet.