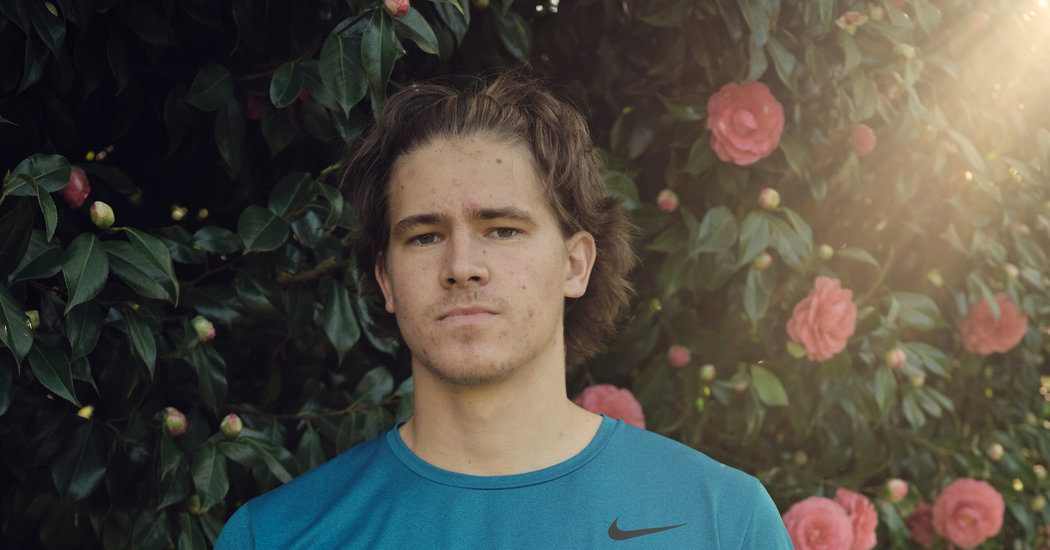 Justin Herbert grew up in Eugene, Ore. He went to college down the street at the University of Oregon. He and his family still live there, a mile from Autzen Stadium, where he set passing records as the Ducks quarterback. And unless an N.F.L. team relocates before the start of this season, Herbert will have to flee the nest.

Just where he will end up is unclear. Joe Burrow, who led L.S.U. to a national title, is the most sought-after quarterback in the draft and the Cincinnati Bengals hold the first over all pick. But Herbert — who at 22 years old stands 6-foot-6, 237 pounds and is only the second Ducks quarterback to throw for over 10,000 yards and score more than 100 touchdowns — is arguably the second-best quarterback prospect in a year when a bevy of teams are looking for successors to their incumbent throwers.

No matter where Herbert plays next, it’s likely to be a lot bigger than Eugene, where the soft-spoken quarterback has blossomed in a college football cocoon. Even in this most unusual of N.F.L. off-seasons, when most prospects have been cut off from former college teammates, weight rooms and trainers since the coronavirus pandemic forced school closures, Herbert has been able to rely on his hometown to stay in shape and prepare for the next stage of his football career.

After Herbert completed his Pro Day in front of 20 N.F.L. team representatives on March 12 — the same day the N.C.A.A. canceled its spring basketball championship tournaments — he had to find new ways to train. The athletic facility at the university was closed, so he lifted weights at Sheldon High School, his alma mater. When the school was shut about 10 days later, he began lifting weights in the garage and backyard of his family’s home.

Despite the stay-at-home restrictions in place across Oregon, Herbert had two spotters — his brothers, Mitchell and Patrick — who are living at home with him and just so happen to be capable of running routes and catching passes. Mitchell, 23, played wide receiver at Montana State. Patrick, 19, was a four-star prospect in high school and a redshirt freshman tight end with the Ducks last season.

“Without my brothers, it’d be tough because all the guys I worked out with at Pro Day went home,” Justin Herbert said.

Five times a week, the Herbert brothers walk a few blocks to a big grass field. After warming up, Justin works through his pro day script, throwing 62 different passes, which takes an hour or so. He had to teach his brothers where to cut, hook and sprint down the field. He has made some accommodations, particularly for Mitchell, who has been out of football since 2018. Instead of having Mitchell run a “45 Go” route, which is essentially a 45-yard sprint, he has Mitchell stand 45 yards away and zips passes to that spot. Other times, he has had to remind his brothers to look over their shoulders for passes.

“One of the tough things is they don’t run the full routes all the time, but I get my footwork in and put the ball where I need to put it,” Justin said. “Now they know how I work.”

Herbert runs sprints three days a week as well. Some days, he also returns to Sheldon to run laps on the track named after his grandfather, Roger Herbert, who was a longtime track and field coach there. After stretching, he uses the family’s hot tub.

The lead up to the N.F.L. draft was going to be nerve-racking enough without the added tension of the coronavirus pandemic. Herbert would have avoided some of the stress had he left Oregon after his junior year, as some experts thought he might, though there was no guarantee he would have been taken in the first round. Herbert said he has no regrets about returning for his senior year, when he won a Pac-12 championship and scored three rushing touchdowns in the Ducks’ (12-2) win over Wisconsin in the Rose Bowl.

Herbert allows that he is disappointed he will not be able to attend the draft in Las Vegas, where the N.F.L. originally planned to hold the event. But waiting with his family in their living room for a team to call seems apropos for someone whose life is so intertwined with his hometown.

“I always wanted to go to the draft and thought the experience would have been fun, but I’m from Eugene and that’s where all my friends and family are,” he said.