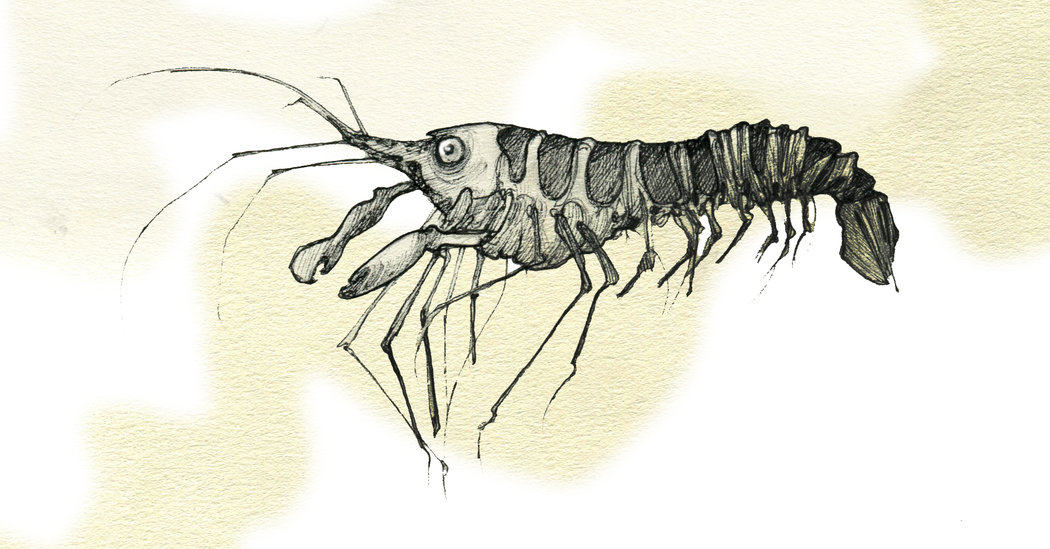 But in 2011, a yearslong drought set in. By spring 2015, a local creek had dried up and the valley had gone quiet. “The park went from an extremely vibrant habitat to one that was dead silent,” said Bernie Krause, a soundscape ecologist who has been recording in the park since 1993. “Nothing was singing, nothing was chirping, nothing was moving. It’s like it was dead.”

In the coming years, severe droughts are likely to become more common; as the water dries up, bird song could disappear along with it. It is just one example of how climate change may be altering the planet’s soundscapes, or “breaking Earth’s beat,” as Dr. Krause and his colleagues put it in a paper last year. Dr. Krause, who has amassed more than 5,000 hours of natural recordings for his company, Wild Sanctuary, wrote the paper with Jérôme Sueur, an ecoacoustician at the French National Museum of Natural History in Paris, and Almo Farina, an ecologist at the University of Urbino in Italy.

Climate change will silence some species and nudge others into new habits and habitats, changing when and where they sing, squeak, whistle, bellow or bleat. (In New York, several species of frogs now begin croaking nearly two weeks earlier in the spring than they did a century ago.) It will also alter the sounds that animals produce, as well as how such vocalizations travel.

These shifts could make it more difficult for wild creatures to attract mates, avoid predators and stay oriented, as well as force them to expend more energy to make themselves heard. They are also an audible symptom of ecosystems that are unwell Dr. Krause said: “When a habitat is under stress, or it’s been transformed by human endeavor in some manner and it’s not healthy, it shows in its voice.”

In the mid-1980s, Peter Narins, a neuroethologist at the University of California, Los Angeles, observed that the coqui frogs living in Puerto Rico’s Luquillo Mountains were different according to altitude. The farther up the mountain he traveled, the cooler the air became and the bigger the frogs grew. And the calls of the male frogs, which use a two-note chirp to defend territory and attract mates, varied accordingly.

“The calls of the little guys at the bottom of the mountain were high-pitched, rapid calls, kind of squeaky little calls,” Dr. Narins said. “And as you went up the mountain, they became lower and lower pitched, and they became longer and longer, and they produced them slower and slower.”

Since then, local temperatures have increased, and when Dr. Narins returned to the mountains in 2006, he found that at every altitude, the frogs were smaller and their songs were shorter and higher-pitched. That could be because the small frogs moved up the mountains in search of cooler climes. But it is also possible that the frogs themselves are shrinking; many species become smaller when temperatures rise, research shows, and climate change is likely to reduce the body size of numerous animals.

If the trend holds, the calls of male coqui frogs could be 17 percent shorter — and as much as 12 percent higher in frequency — by the end of the century. Unless the tuning of the inner ear changes in tandem, the females might not be able to hear, or find, potential mates. “If that happens, that could be disastrous,” Dr. Narins said.

Snapping shrimp are some of the noisiest creatures in the ocean. By rapidly closing their large claws, the animals make snaps, crackles and pops loud enough to stun prey into submission.

But ocean acidification, which occurs as seawater absorbs rising levels of carbon dioxide, could soften their snaps. In studies conducted both in the laboratory and at several underwater vents that naturally spew carbon dioxide, researchers at Australia’s University of Adelaide found that the shrimp snap less often and at lower volumes when the water becomes more acidic.

The lower pH doesn’t seem to damage the shrimp physically; rather, it simply alters their behavior, perhaps by acting directly on their nervous systems. “It’s not that ocean acidification completely takes away their ability to make loud snaps,” said Ivan Nagelkerken, a marine biologist who led the study. “They can still do that but essentially don’t want to do that any more.”

Ocean acidification is also likely to damage many of the shrimp’s habitats, including coral reefs and kelp forests, and could thus reduce their numbers, resulting in a further drop in sound. Many marine organisms, especially fish larvae, rely on the sound of snapping shrimp to navigate to suitable habitats; if the shrimp go silent, they could have trouble finding their way.

All around the globe, whale songs are becoming deeper. The frequency of blue whale calls, for instance, has fallen by as much as 31 percent since the 1960s. (The lower the frequency of a sound, the lower its perceived pitch.)

The cause of these deepening whale songs remains a mystery, but some scientists have suggested that the pitch of whale calls may be linked to their volume. “We think that, due to some mechanical constraints, if the whale is singing less loudly, it most likely decreases the call pitch,” said Emmanuelle Leroy, a bioacoustician at the University of New South Wales in Australia.

So today’s whales may simply be singing more softly than their forebears. That could be because commercial whaling bans have boosted the number of cetaceans in the sea, allowing whales to find mates without having to shout. But ocean acidification may play a role, too. “In more acidic water, the low frequency sounds will propagate further,” Dr. Leroy said. “If the whale calls propagate better, they don’t have to sing as loud.”

Dr. Leroy and her colleagues have also observed that Antarctic blue whales temporarily increase their call frequency in the summer, perhaps so they can be heard above the loud cracking sounds produced by disintegrating icebergs. This seasonal variation is natural, but if climate change increases the noise emanating from warming icebergs, whales may have to raise their voices even higher in the summer.

The birds of northern Denmark are moving skyward. In spring 2010, they were singing from positions nearly four feet higher above the ground than in the late 1980s, Anders Moller, an ecologist at the French National Center for Scientific Research, found.

Dr. Moller suspects that climate-related changes in vegetation could be responsible. Over the last several decades, the spring and summer temperatures in the region rose 20 percent and precipitation increased 30 percent, he found, and other research has demonstrated that spring is arriving earlier than it used to across much of Europe.

Foliage can interfere with the transmission of bird songs. If trees are leafing out earlier, or the vegetation is denser, birds might seek higher song posts to avoid this interference, Dr. Moller suggested. He found that species that breed in the forest increased their singing height more than those who mate in more open habitats, like grasslands.

But sitting higher in the trees could come with costs, too. “A bird that sits more exposed will run a higher risk of being captured by a sparrow hawk,” Dr. Moller said.

Climate change will bring extreme weather, including more frequent and intense storms, to many places on the planet. This uptick in wind and rain could drown out animal calls.

In one study, researchers found that on a dry night, the call of a tawny owl is audible over a geographic area that is 69 times larger than on a night with heavy rain. The birds seem to adjust their behavior accordingly; fewer than 15 percent of wild owl pairs hooted during rainy nights, whereas more than 80 percent called on dry ones. “The difference is so, so strong between the dry and the rainy conditions that it is impossible to compensate,” said Thierry Lengagne, a behavioral ecologist at the University of Lyon and French National Center for Scientific Research, and the author of the study.

King penguins, which rely on acoustic cues to find their mates and chicks in crowded colonies, have a different strategy for handling inclement weather, Dr. Lengagne discovered in another study. When the wind is strong, the birds issue more calls and draw them out by adding extra syllables. Even with these adjustments, however, the penguins cannot fully counteract the noise, and it takes them longer to find their mates when the wind is howling.