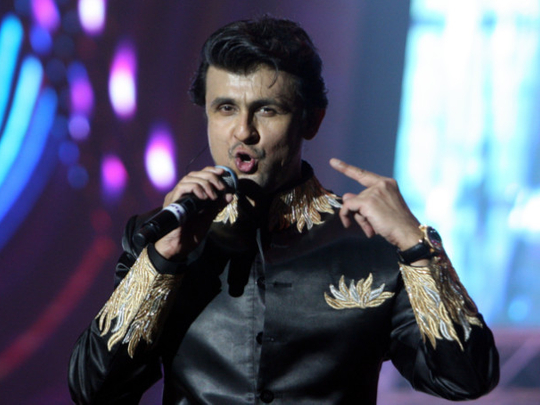 There are some controversies that a public figure can rarely outlive in his lifetime. For Bollywood singer Sonu Nigam, that moment of reckoning occurred this week, three years ago.

On an early morning in April in 2017, Nigam tweeted a series of polarising comments about how the sounds emanating from loudspeakers at mosques during the morning prayers disturbed his sleep.

Following an avalanche of criticism for his perceived hate-filled Islamophbic tweets, Nigam fought back initially explaining his stand and ultimately quit Twitter.

The singer is back in the spotlight again this week as a cross-section of social media users call for his boycott once again as his 2017 tweets re-surface online. So what does Nigam think about the controversy that he stirred?

While he’s yet to comment to Gulf News over today’s development, Nigam has categorically said in previous interviews with this daily that he’s not “against any religion” and that he stands by his opinions.

When Gulf News interviewed him in June 2019 at a palatial villa in Dubai during Ramadan, the singer stuck by his words.

“I am not against any religion… I am just against any forced display of religion. I also spoke about temples and gurdwaras in India… Your religion should stay in your house,” he said during the a sit-down interview.

Nigam, who has sung for Bollywood actors including Shah Rukh Khan, was against “noise pollution” ensuing from loud announcements over speakers and claimed he had no agenda behind those controversial tweets. He was just being sensible, he added.

Nigam even went to the extent of saying that he would say these words a thousand times over because he believed he was right.

“If I am propagating something sensible, you have a choice to abuse me or listen to me… I will never mince words. Class can never go out of style,” said Nigam.

In the same interview, he added that he believes that “humanity is always above religion”.

“Every human being out there will understand that I am saying the right thing,” said Nigam.

Nigam, who has previously shared a stage with Pakistani singer Atif Asalm in Dubai, also said that he’s a believer that Pakistani artists should never be banned from singing in India and vice versa, as “art shouldn’t know boundaries”.

In another separate interview over the phone earlier, Nigam also dwelled on why he decided to quit Twitter.

“I have decided that in my life that I will not burden myself with stuff which is avoidable. I have used social media in the past for my work. It has no benefits. People will only follow you for your commentary and then squabble about it,” Nigam told Gulf News previously from Mumbai.

He claimed he quit Twitter because the social platform had become a nuisance for him and wasn’t helping him in his line of work.

“I quit Twitter as it was a nuisance, more than any of the assistance. Anybody has the right to say anything to anyone,” said Nigam.

He also added that choosing to quit a social media platform like Twitter eased his burden. “I have decided that in my life that I will not burden myself with stuff which is avoidable. I have used social media in the past for my work. The [social media] promotion doesn’t help your music or your film eventually. What has to work will eventually work based on its own merit…. The Universe has a plan for everyone … Lots of films haven’t worked despite Twitter presence,” Nigam pointed out.

While it’s difficult to ascertain whether the popular singer has changed his stance over the last few months, there’s no denying that the controversy is still alive and contentious in many minds.

As calls for his boycott are renewed with several users from this region tagging Dubai law-enforcement authorities online, it’s crystal clear that the singer hasn’t put this Twitter storm behind him as yet.