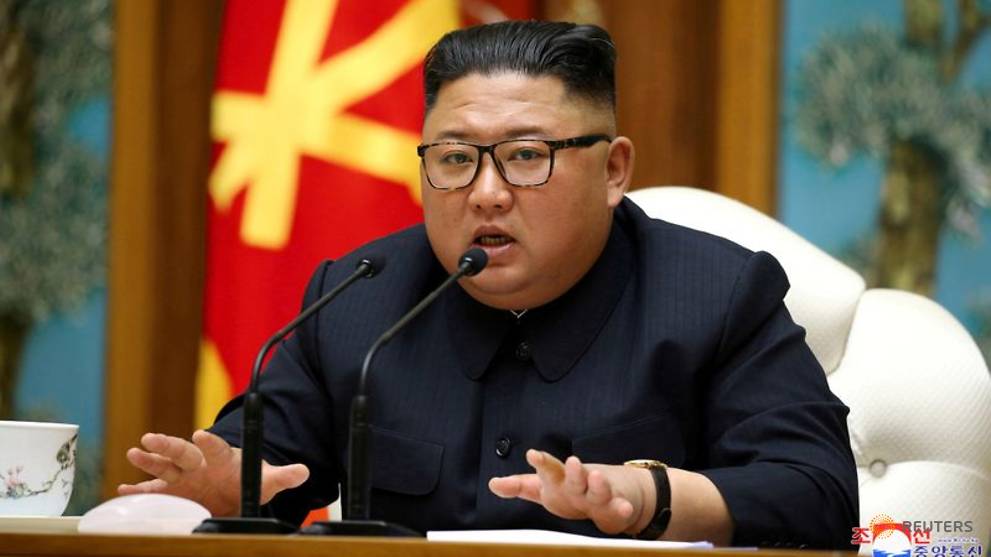 SEOUL: South Korea played down a report on Tuesday (Apr 21) that the North’s leader Kim Jong Un was being treated after surgery, as speculation mounted over his absence from a key anniversary.

Pyongyang marked the birthday of its late founder, Kim’s grandfather Kim Il Sung, on Apr 15 – by far the most important date in its annual political calendar – but Kim was not seen in attendance.

Daily NK, an online media outlet run mostly by North Korean defectors, said Kim had undergone a cardiovascular procedure earlier this month and was recovering at a villa in North Phyongan province.

“Excessive smoking, obesity and fatigue were the direct causes of Kim’s urgent cardiovascular treatment,” it cited an unidentified source inside the country as saying.

No confirmation of the report was immediately available, but it triggered widespread speculation.

CNN, citing an anonymous US official, said Washington was “monitoring intelligence” that Kim was in “grave danger” after undergoing surgery.

In a statement, a spokesman for the South’s presidential Blue House said: “We have nothing to confirm and no special movement has been detected inside North Korea as of now.”

The South’s Yonhap news agency cited an unnamed government official saying that reports Kim was seriously ill were “not true”.

Robert O’Brien, President Donald Trump’s national security advisor, said US intelligence had a “close eye” on North Korea but noted that it was a “very closed society”.

“They’re parsimonious with the information that they provide about many things, including the health of Kim Jong Un,” O’Brien told Fox News. “So we’re monitoring those developments closely.”

There were no explicit denials that Kim, who is in his mid-30s, had had some kind of procedure.

Previous absences from the public eye on Kim’s part have prompted speculation about his health.

In 2014 he dropped out of sight for nearly six weeks before reappearing with a cane. Days later, the South’s spy agency said he had undergone surgery to remove a cyst from his ankle.

“No one knows what’s going on inside North Korea,” said Martyn Williams, who is affiliated with the 38 North research website.

“Kim Jong Il had been dead several days before it was announced and it took everyone by surprise,” he tweeted.

“Kim Jong Un has been ‘missing’ before, and has always reappeared. That said, his absence this week was more notable.”

The North Korean leader has not made a public appearance since presiding over a meeting of the Workers’ Party politburo on Apr 11.

His powerful sister Kim Yo Jong was named as an alternate politburo member and the meeting called for stronger measures against the coronavirus pandemic.

Pyongyang has closed its borders and imposed tight restrictions to protect itself from the virus that emerged in neighbouring China and has since swept the world, and insists it has had no cases.

On Apr 12, the North’s official news agency KCNA reported that Kim had inspected drills by fighter jets at an air defence unit.

There were no state media reports of any drills after the South said two days later that Pyongyang had launched a series of short-range cruise missiles.

But analysts have said his absence from the Apr 15 commemorations suggested he could be looking to emphasise his own authority over his family’s legacy.

China is the North’s key diplomatic backer and main provider of trade and aid, but Beijing declined to be drawn on Tuesday’s developments.

In response to questions, foreign ministry spokesman Geng Shuang said he did not know the source of the reports and added: “China and North Korea are friendly neighbours connected by mountains and rivers.”

Reporting from inside the isolated North is notoriously difficult, especially on anything to do with its leadership, which is among its most closely guarded secrets.

Thae Yong Ho, a former senior North Korean diplomat who last week became the first defector ever to be directly elected to the South’s parliament, expressed doubts over the reports.

“The movements and personal affairs of the Kim family are national top secret issues which are little known to not only ordinary people but also high-ranking officials,” he said in a statement.

Kim’s father Kim Jong Il died on Dec 17, 2011 but even two days later it was still business as usual at the North’s foreign ministry, Thae recalled, adding that “everyone was caught by surprise” when the announcement was made.