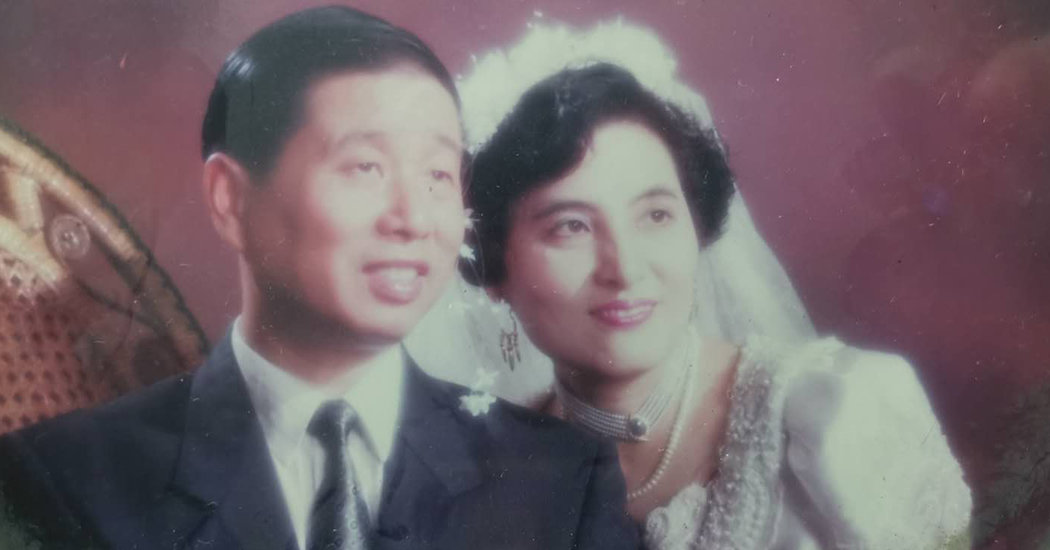 Liu Ouqing’s life was one of service to his country. At a young age, he joined the Chinese Army. He then worked in a state-owned factory, before becoming a civil servant and a school administrator.

In the 1990s, as China was moving to open up its centrally planned economy, Mr. Liu was party secretary of the Wuhan Grain Bureau, responsible for ensuring that the city had enough to eat. Later, he helped establish what is now known as Wuhan Business University.

Mr. Liu died of complications of the new coronavirus on Jan. 29 at a hospital in Wuhan, said his son, Liu Pei’en. He was 78.

He developed symptoms of Covid-19, the disease caused by the virus, two weeks after checking in to the hospital for his yearly health exam, and died days later.

Not long after his death, local officials in Wuhan began pressuring Mr. Liu’s son to quickly bury his father, as the government was moving to control the narrative of the outbreak. The younger Mr. Liu did not protest, even though he resented being forced to share such a private moment with government-appointed chaperones.

He did not want to ruin the reputation his father had built as an upstanding public servant, he said. “My father was a man of integrity,” the younger Mr. Liu said. “All he wanted in his life was to have a clean reputation.”

Liu Ouqing was born in 1941 into a poor family in Huanggang, a city in the central Chinese province of Hubei, of which Wuhan is the capital.

After finishing high school, Mr. Liu enlisted in the People’s Liberation Army in 1961 and built railways in the northeastern Chinese province of Heilongjiang. In 1968, he went to Wuhan to work at a state-owned machinery factory.

Mr. Liu joined the civil service in the late 1980s, and was soon promoted to be party secretary of the Wuhan Grain Bureau. The job involved frequent travel abroad, including a visit to the United Nations headquarters in New York to negotiate prices on the import of grains and oil to Wuhan.

Mr. Liu’s life took a turn in 2000, when he was reassigned to work as a manager at a vocational school. To Mr. Liu, it was a demotion — “the consequence of offending the mayor,” he later said in a memoir he was writing for his family. His son said he had been punished for looking into a bribery case involving a man connected to the Wuhan mayor at the time.

Mr. Liu persevered in his new position, fighting to secure government funding for the school, and playing a key role in merging the institution with several others to establish what is now Wuhan Business University.

He retired in 2006. In recent years, he and his wife began visiting Sanya, a resort town popular among older Chinese for its sunny weather and beaches.

On Jan. 6, before his annual trip to Sanya, Mr. Liu went to a hospital in Wuhan for his health checkup. The day before, 59 cases of an unexplained “viral pneumonia” had been reported in the city, but local officials insisted there was no clear evidence of human-to-human transmission.

By late January, he was hooked up to a ventilator and his blood oxygen levels were plummeting. He knew that he would not be able to finish his memoir, which he had hoped to give to his granddaughter as a life guide. Without telling anyone, he ripped up the papers and stuffed them into the pocket of his down jacket.

Not long after he died, his son found the scraps in his father’s pocket.

“My life was that of an ordinary man,” Mr. Liu had written. “But it has also been a life of striving.”