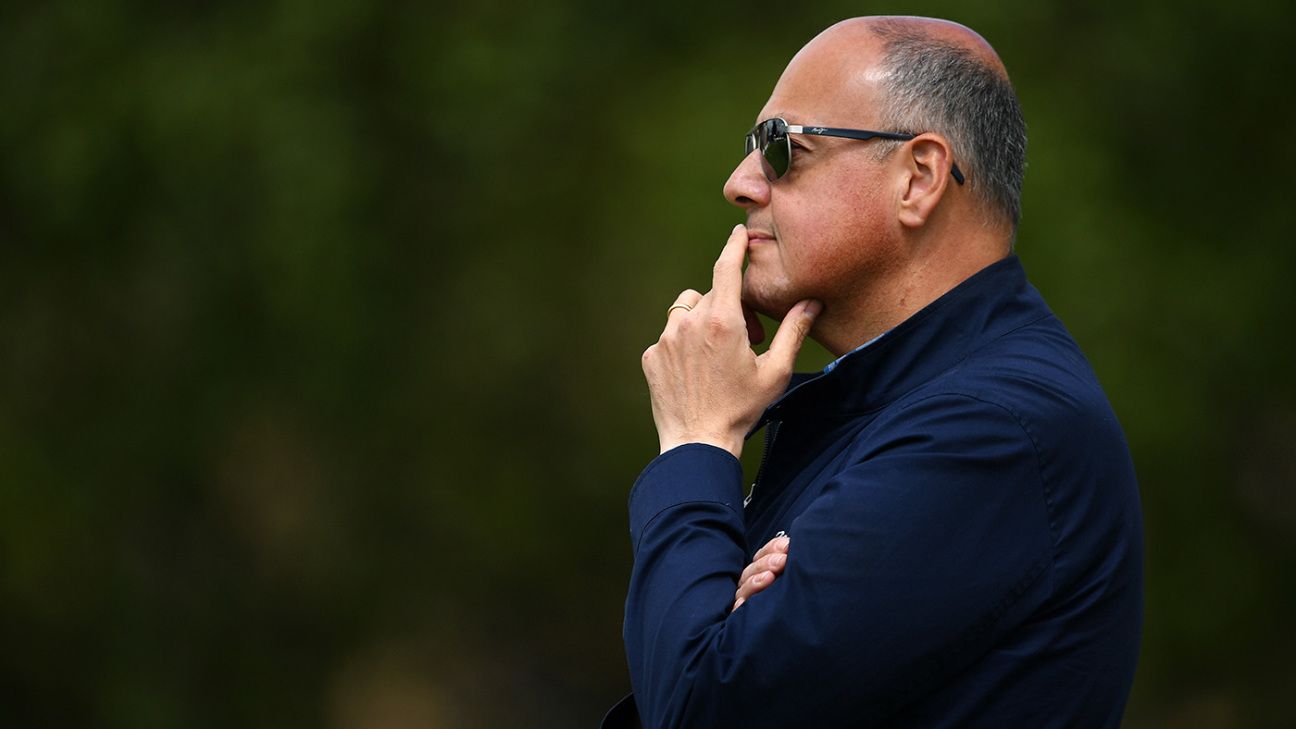 Cricket Ireland chief executive Warren Deutrom is confident that some international cricket will be played this summer, but has conceded that New Zealand’s scheduled tour to Europe in June looks “fairly doubtful”.

Deutrom said that his board will “make every endeavour to be as flexible as we can” to find dates in a reorganised calendar to play the two scheduled T20Is against Pakistan in Dublin, that were originally scheduled for July. They are open to creative solutions from the ECB when presented with them, including playing their scheduled three-match ODI series in a bio-secure environment at Old Trafford or the Ageas Bowl if required.

Speaking to ESPNcricinfo, Deutrom said that the fate of the New Zealand series – which comprises three ODIs and as many T20Is, starting on June 19 – rests in the first instance on advice from the UK government, given the series is due to take place in Northern Ireland. But with New Zealand currently in lockdown and the UK home office suspending visas, there are several possible “trigger points” in the next few weeks which would prompt a cancellation.

“There are lots of reasons to suggest that it is highly unlikely, but at the moment there is no definitive trigger to do so,” Deutrom said. “It’s not as if we’re trying to get the thing called off, but we’re trying to bring a degree of certainty.

“In the current environment whereby social distancing is such an important part of the mitigation measures against the pandemic spreading, I can’t see how even a few hundred people getting together in Northern Ireland is going to be consistent with those guidelines.”

The logistics for Pakistan’s tour – which involves three ODIs in the Netherlands, two T20Is in Ireland, and three Tests and three T20Is in England – are complicated by playing in three different countries, but the picture may become clearer following an ECB board meeting on Thursday. The Irish government issued a statement on Tuesday saying gatherings of over 5,000 people would not be permitted until the end of August, including at sporting events, though Ireland’s home crowds tend to fall short of that figure.

It has been reported that the three-match ODI series in England in September could be played behind closed doors in a bio-secure environment, most likely at Old Trafford or the Ageas Bowl which both have on-site hotels with sufficient capacity to hold the majority of stakeholders. Deutrom said that while there have been no discussions between boards on that topic to date, Ireland would be open to any feasible solutions.

“We really have to wait to identify the window that England and the Netherlands, and wait to see where the ECB is at in terms of its significant jigsaw puzzle and juggling its multiple tours plus its domestic programme,” he said.

“Fundamentally, we would work on the basis that the ECB won’t be looking to do anything in any way, shape or form reckless, and what they would be suggesting for Ireland is exactly the same as they’d be suggesting for the England players, so we have no doubt whatsoever that if it did come to the conclusion that it was a practical solution, we’d certainly be happy to consider it with all the seriousness that I’m sure went into planning it.”

Like the vast majority of boards around the world, Ireland have had to make cuts to cope with the effects of the crisis: Deutrom himself has taken a 25% cut until the end of the year, while staff have been furloughed or taken cuts. Since they are already losing out on a significant proportion of their income due to lost match fees, players have not been asked to take pay cuts on their retainers.

The ICC is unlikely to discuss changes to revenue-sharing arrangements for scheduled July payments in Thursday’s meeting – though conversations are expected to take place in early May – but for the time being Ireland’s finances are at least relatively stable.

Hosting international matches comes at a significant cost for Ireland – around €250,000 (USD 270,000 approx) for a limited-overs game at Malahide – so in the short term, postponements may not prove expensive. That said, with games pushed back rather than cancelled, that could simply mean that costs pile up for next year, which is cause for concern after several games were called off due to financial constraints in the past six months.

“There is a scenario whereby we would probably save as much as we would stand to lose in terms of revenue [in the immediate term], simply because we have to invest enormous amount of money into temporary infrastructure at our venues in order to make matches go ahead.

“At this stage, we have no idea how much cricket we might be playing in 2021, so therefore whatever we might ‘save’ this year, we may well simply find ourselves having to spend next year. And the secondary consideration is that we don’t know the extent to which we may find ourselves having clubs or even provincial unions getting into significant financial difficulty.”

Deutrom is still hopeful that it will be possible to stage the inaugural season of the Euro T20 Slam this summer – the tournament was postponed last year after the organisers ran into financial difficulties – but acknowledged that there will be “the same uncertainties and discussions that we would have around our bilateral cricket” involved in discussions.

“There have been lots of conversations. I’d be disingenuous to say there’s no problem, but for the moment we’re not in a position to make a definitive call. We believe that the concept of it is still strong. We believe there’s a gap for it, and we believe Europe is under-explored: it has nearly a third of the world’s ICC members based there.

“The purpose wasn’t for it to be a business proposition, it was primarily a performance one: it came from a place of the three nations not having too many players participating in global T20 competitions, and therefore Ireland’s ranking suffered.

“If the world isn’t going to be ready for it because of the business environment or because prospective investors are focusing on matters closer to home, then that’s a situation we’ll have to face, but we’re not quite there yet.” A meeting to discuss the tournament’s future is scheduled for the second week of May.