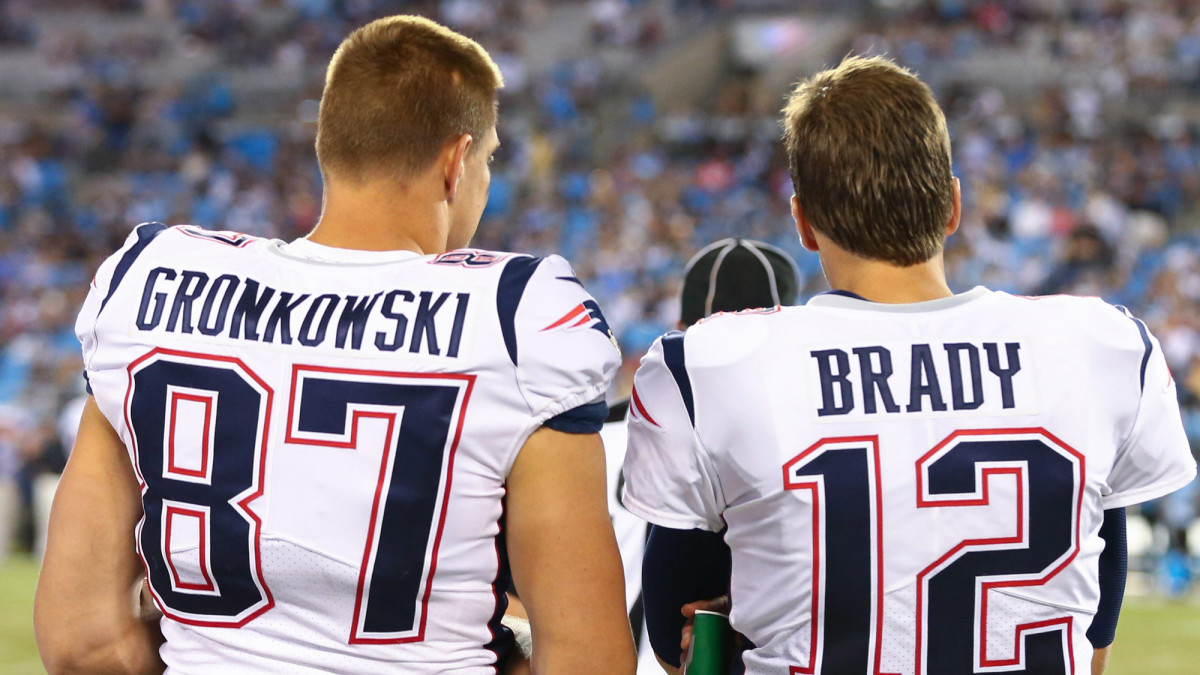 Mike Evans, Chris Godwin, Rob Gronkowski, O.J. Howard, Cameron Brate, Ronald Jones and Tampa Bay’s first-round pick (if it’s on offense) will all be at Tom Brady’s disposal this season. The only thing that could stop this offense is COVID-19 delaying the season.

You read one of those names correctly: Gronkowski. New England is sending the lovable TE and a seventh-rounder to Tampa Bay for a fourth-round pick. This potential deal was first rumored about two weeks ago by @LeroyInsider on Twitter.

It’s easy to get very excited about the potential here. Brady-to-Gronk, need I say more? Well, in that long list of playmakers to start the article, you’ll notice there are two All-Pro caliber WRs there. That’s something the Patriots never really had. Julian Edelman is good, maybe even great at times, but there’s too many mouths to feed here even if the Buccaneers decide to trade Howard.

I’m going to imagine Gronk’s ADP in the TE5 range (behind Travis Kelce, George Kittle, Zach Ertz for sure) and possibly in the mix with guys like Mark Andrews, Darren Waller and Hunter Henry. A TE5 draft spot puts Gronk in the late-fifth to early-sixth round range during drafts. For my draft capital, if I miss out on Kelce and Kittle, I’m probably going to just fade the position slightly and wait for a value pick to fall in my lap.

As exciting as this is, we have to remember Gronkowski’s injury history. Sure, he’s taken a year off from football, yet that won’t change his play style. He’s looking for contact and hungry for yards. If I can snag him in a best-ball league, wonderful; however, I’m sure Vegas would put the over/under on his games played/started at 12.5.

Beyond the injury history, as mentioned above, there are a lot of guys here. We’re still waiting for Howard to meet his potential. Brate is a reliable blocker and will get his looks. Evans and Godwin are borderline first-round fantasy guys. The Bucs might draft a RB in the first round to pair with RoJo. Most assuredly of all, we know Brady spreads it around regardless so we know all these guys will perform well.

Give me a late-round flier like Jonnu Smith or a sleeper like Jack Doyle who will be Indy’s TE1 with Philip Rivers at QB. In the end, Gronk will be drafted too high for my taste so I will look elsewhere.

Oh, and props to the New England Patriots for getting a 2020 fourth-rounder for a retired TE in the final year of his deal.