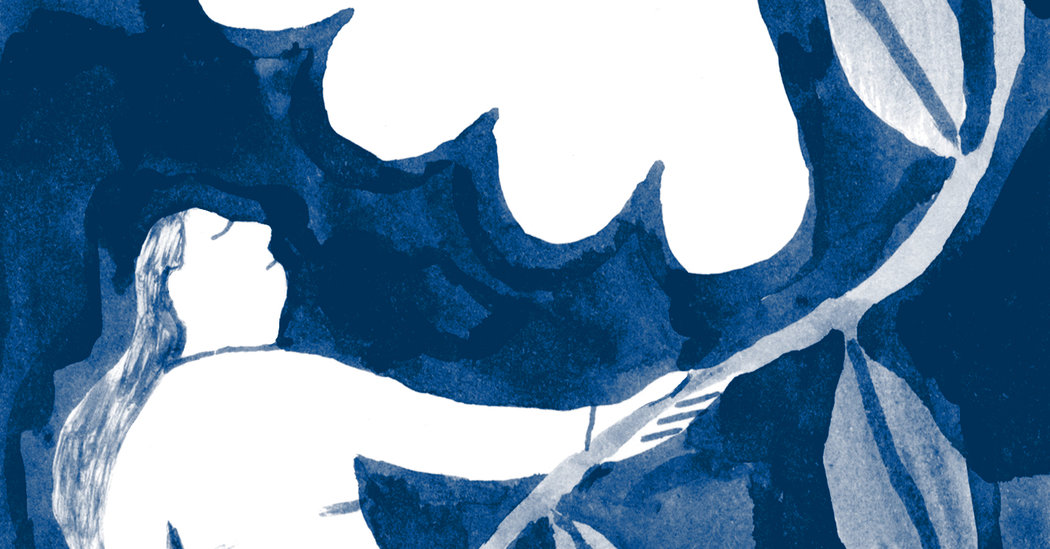 Who would have thought we’d all be living in fear of making a grocery run, picking up a package or accidentally getting closer than six feet to another human?

The fear, of course, is that an encounter with the coronavirus will set you on a path that could lead to dying. It’s a path a lot of us spend our whole lives trying to avoid, but it’s one I have already been on for a long time.

My father became mysteriously sick in his 40s. His doctors, as well as a number of doctors across the country and around the world, watched his body’s slow decline without answers. By age 49, he was dead.

A few years later, when I was 24, a leading genetics research team at the Seidman Lab at Harvard told me that I had inherited the same orphan mutation that had not only killed my father but five other members of my family.

That risk became even more potent when, at age 35, an M.R.I. revealed that I had a blockage in the portal vein, the main pathway to the liver, an organ also known as the washing machine of the body. When it becomes blocked, the blood flow finds a new route, often a dangerously fragile one.

Ten years later, I still have these weakened pathways, snaking ominously throughout my digestive tract. Doctors have referred to me as a ticking time bomb. But it’s not a death sentence so much as a possible outcome, largely because so little is known about our family’s rare gene and its complications.

I might have a major bleed-out and die, or I might live a long and healthy life without ever enduring a bleed. Similarly, with the coronavirus, like anyone, I might get a runny nose, or I might feel as if a freight train has settled onto my chest and made me feel like I’m breathing broken glass.

My father’s symptoms began in earnest just as I was starting college. Partway through, I took a semester off to help him die. At the start of college I wore lipstick in a shade of frosty pink; by the end, I had a tattoo and a nose piercing. In the beginning I auditioned for an a cappella group, and by the end, I was in an all-girl rock band.

Looking back, it’s easy to wonder if my father’s illness — what later became my illness — made me lazy or rebellious. But I’d argue that it made me louder and better at questioning expectations. When I was growing up in Columbus, Ohio, the daughter of a teacher and a doctor, I understood that post-high school there was college. Post college there was doctor/teacher/lawyer/architect. Midcareer there would be family — a husband who brought me flowers on Valentine’s Day, children who brought home good report cards.

But in the constant heated glow of my own mortality, a new understanding came over me. It is better to learn than to get straight As. It is better to love your life than to be wealthy. It is better to be in a rock band and get your nose pierced than to not do those things because you are embarrassed or afraid.

My friend Josie Rubio died in November. She spent her last months of life dating and falling in love. Josie used to lament every time she’d hear about someone on some kind of deprivation diet or observing “Sober January.” I understood what she meant. I had come to live my life in exactly this spirit. If I didn’t drink, it was because it felt good not to drink. If I didn’t eat sugar, it was in search of something better. Josie wasn’t calling out in favor of cravings, addictions or the compulsive filling of voids. Josie’s point was that deprivation isn’t the opposite of unhealthy — it’s the opposite of living. Someday we each will die. That’s deprivation.

Soon after I learned about the gastric varices poised to burst and end my life, my husband and I went on a road trip. At one point, my heart started pounding in my chest. Clammy, sweaty, unfocused, “I feel dizzy,” I thought. “I’m having a stroke. My life as I know it is ending right now.”

At some point, after hours of tests at a nearby emergency room, an endorphin-filled calm washed over me. It had been a panic attack. I was going to live. I would be OK. In that moment I took very real inventory of my life. My imagined brush with death led me to a new basic truth: My bucket list — if I had one — had to become my to-do list.

As I fall asleep tonight asking myself if that little tickle in my throat is a harbinger of doom, or just a little dust, there is only one certainty: I am happy today, right now in my life. I hope the inevitable death each of us will go through is painless and filled with love. But meanwhile, I hope its shadow reminds us all to be as alive as possible, even as we sit — as a world — alone on our couches.

Joselin Linder is the author of “The Family Gene: A Mission to Turn My Deadly Inheritance into a Hopeful Future.”