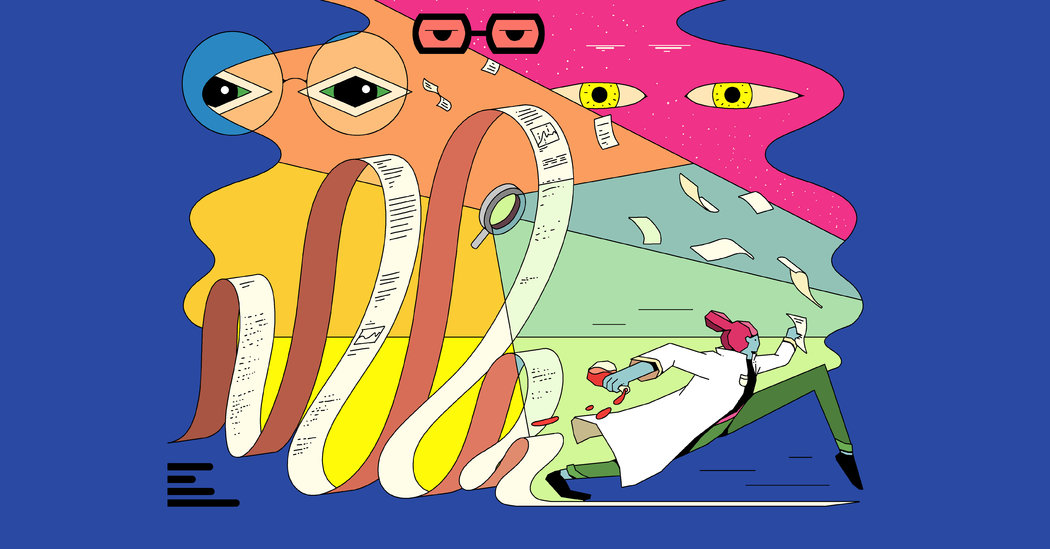 In the early 1820s, a smallpox outbreak struck Paris and other French cities. A new vaccine was in existence at the time, but reports varied about how effective it was. A powerful medical institution in Paris, the Académie de Médecine, gathered its members to discuss what advice it should issue to the nation. Historically, such meetings were held privately, but the French Revolution had ushered in a new era of government accountability, and journalists were allowed to attend. The scientific debate they relayed upset some members of the Académie, which had hoped to make a clear, unified statement, says Alex Csiszar, an associate professor of the history of science at Harvard University. In response, the Académie sought to regain control of its message by publishing its own weekly accounts of its discussions, which evolved into the academic journals we know today.

Now those same journals tend to be too specialized for general readers to grasp easily, making the concept of “open access,” as far as the public is concerned, “more of an idea than a reality,” Csiszar says. Nevertheless, the current pandemic has certainly increased both the readership of scientific journals and their citations in the press. Before January, the most-read article in Emerging Infectious Diseases, a 2006 study, had 20,000 views. The current most-viewed article, also from 2006, has more than 480,000 views: It gives instructions for making your own “simple respiratory mask” from a T-shirt.

What this sudden growth in scientific engagement will mean over the long term is an open question. Thorp worries about a backlash if people perceive scientists to have overpromised solutions to the pandemic. “It is difficult to share progress with adequate caveats about how long things might take or whether they will work at all,” he wrote in a March editorial. “This is not just fixing a plane while it’s flying — it’s fixing a plane that’s flying while its blueprints are still being drawn.”

Then again, if government officials had heeded available science sooner, we might not be on that plane at all. On Jan. 31, The Lancet published a paper forecasting a global pandemic and asserting that “preparedness plans should be readied for deployment at short notice, including securing supply chains of pharmaceuticals, personal protective equipment, hospital supplies and the necessary human resources to deal with the consequences of a global outbreak of this magnitude.” Britain’s National Health Service “didn’t take any of those actions,” Horton has written. U.S. health agencies and the White House didn’t, either.

None of that, of course, is within our individual control. So in addition to following public-health guidelines, how can nonscientists engage with studies, or news that cites studies, to help them protect their health? Checking sources is important: Heed information that comes from respected journals. But also remember that even the best peer-reviewed advice is likely to change — and change again. That’s how science works, and now it’s working faster than ever. If we put our faith in a single conclusion, it’s easy to feel distressed when it’s amended. If we trust the process, imperfect though it is, we’re better prepared to change with it, which is the most we can hope to do.