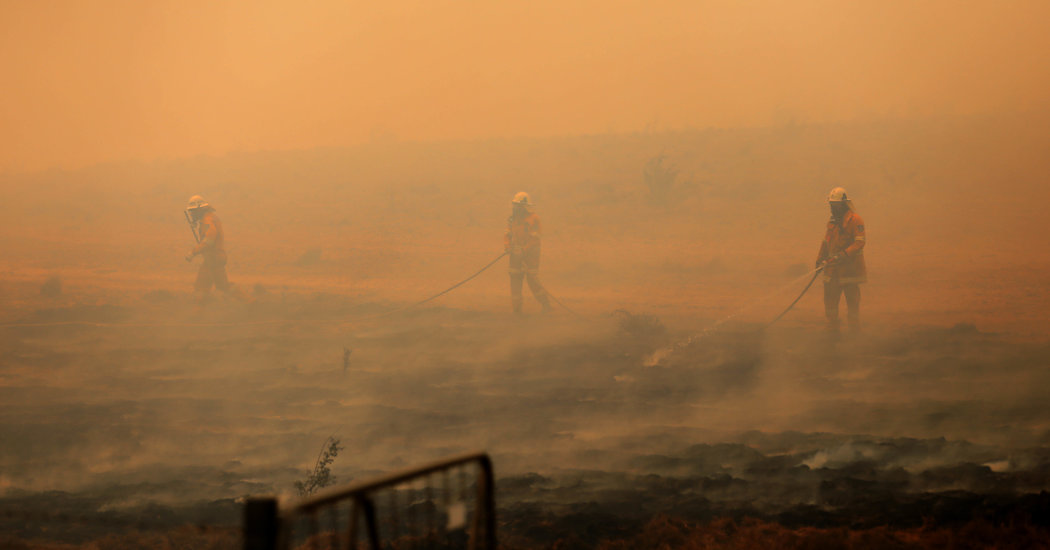 “Nine times out of 10,” he said, manual analysts produce more accurate results than the model. Using their experience, analysts are able to incorporate the uncertainty inherent in fire behavior, something “the computer just isn’t able to grasp.” But where the computer model excels, Dr. Heemstra said, is in analyzing several fires at once and determining which one poses the greatest risk — and therefore which one manual analysts should focus on.

Phoenix was built to predict fire behavior in forest and grass, Dr. Heemstra said, so for several other fuel types, like shrub land, “it’s a bit like trying to fit a square peg in a round hole.” Spark, because it uses unique equations for each fuel type, is more intuitive and reliable. It could be “the next evolutionary step” in firefighting models, Dr. Heemstra said, and the NSW Rural Fire Service hopes to use it as early as the next fire season.

Whereas fire behavior models like Phoenix and Spark help predict the spread of a fire, drone technology may be able to predict where fires are likely to start. For the moment, drones are used mainly to monitor grassland fires. Forest fires burn particularly hot, and are volatile, making them unsafe for drones to fly over or for anyone nearby to operate the devices.

The wildfire conditions in Australia are sufficiently severe that they verge on otherworldly. NASA’s Jet Propulsion Laboratory, in Pasadena, Calif., has been exploring, with the CSIRO, the possibility of testing artificial intelligence for drones, rovers and satellites — not yet developed but intended for future space exploration — on the fires. This software would need to withstand extreme conditions on other planets, like “hot temperatures, low visibility and turbulent winds,” said Natasha Stavros, a science system engineer at J.P.L., in an email.

A November 2019 study by J.P.L.’s Blue Sky Thinktank, on which Dr. Stavros was an author, found that the fire-management technologies offering the highest return on investment were autonomous micro-aerial vehicles — small drones typically weighing less than a quarter of a pound — that would be able to navigate themselves through wildfires. Eventually, these drones would operate in autonomous groups or “swarms,” which could monitor wider areas. Their ability to communicate with one another and a distant control center could potentially be used in exploring other planets.