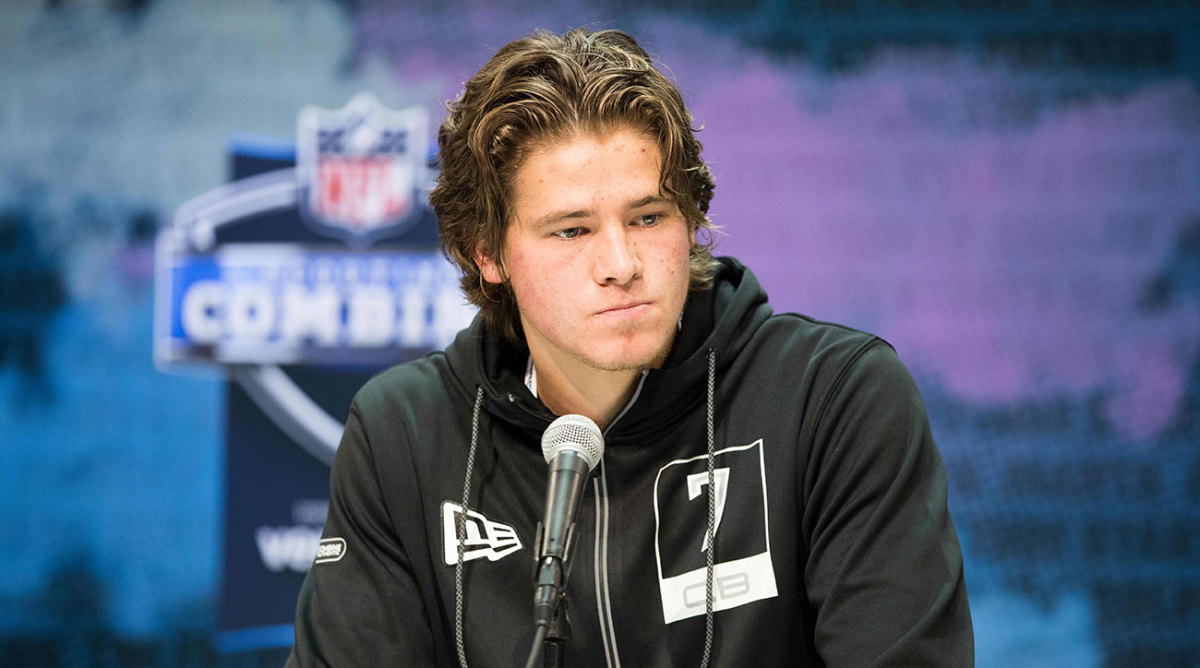 In a perfect world, any team successfully caught attempting to execute a ridiculous pre-draft smokescreen would have to then draft that player regardless of whether or not they actually wanted to.

That way we could see how the Giants might handle having Justin Herbert and Daniel Jones on the same roster.

A report from NFL Network Monday, just four days ahead of the draft, indicated that the Giants had been heavily researching the Oregon quarterback, believed by some to be the best quarterback behind Joe Burrow in this year’s class. This research included a FaceTime call between Herbert and new Giants head coach Joe Judge.

The ploy here is obvious—to convince either the Dolphins, Chargers, Panthers, whomever—that they may be serious about selecting Herbert and one of those teams should move up (and make it worth their while) to prevent the Giants from pulling the trigger.

The question, though: Who would actually believe this?

This is not meant to question the validity of the information, which was certainly reported ably and accurately. The Giants, like a lot of other teams, could be doing research on a player for some reason they hope pays off miles down the road. It’s more about the way we paint this as a complex game of high-stakes poker, when in reality this particular bit of news reaching our collective consciousness is akin to Dave Gettleman looking around at the rest of the table, winking and then describing in great detail every card in his hand.

If the Giants were actually interested in Herbert, revealing as much would destroy the trade value of Daniel Jones at a time when there are better quarterbacks on the market. They would be casting aside a player whom Gettleman staked his reputation on just a year ago, declaring himself in “full bloom love” with Jones after watching him at the Senior Bowl. They would be costing themselves a chance to rebuild their offensive line, which Gettleman has tried desperately to do since the moment he returned to East Rutherford.

There is an art to good smoke screening. We are at the portion of the pre-draft process where the fog may be at its thickest, and thus, when we see the true artists come out to work. Will Tua Tagovailoa slide due to the nebulousness of his injury issues and the complications teams face in attaining in-person medical information? It works because there’s a narrative. There’s a mystery. There’s a plausible backstory. Around this time last year, the same could be said about the last-minute rumor that the Jets preferred dynamic defensive tackle Ed Oliver over Quinnen Williams at No. 3.

Is it always worth a shot? Absolutely. Almost any movement registered in the days leading up to the draft can have a seismic effect on the way teams are stacking their opponents’ boards and crafting their own pick scenarios. The good general managers and personnel executives have spent years honing their inner Machiavelli. Do any of them have the Giants taking Justin Herbert at No. 4? Probably not.