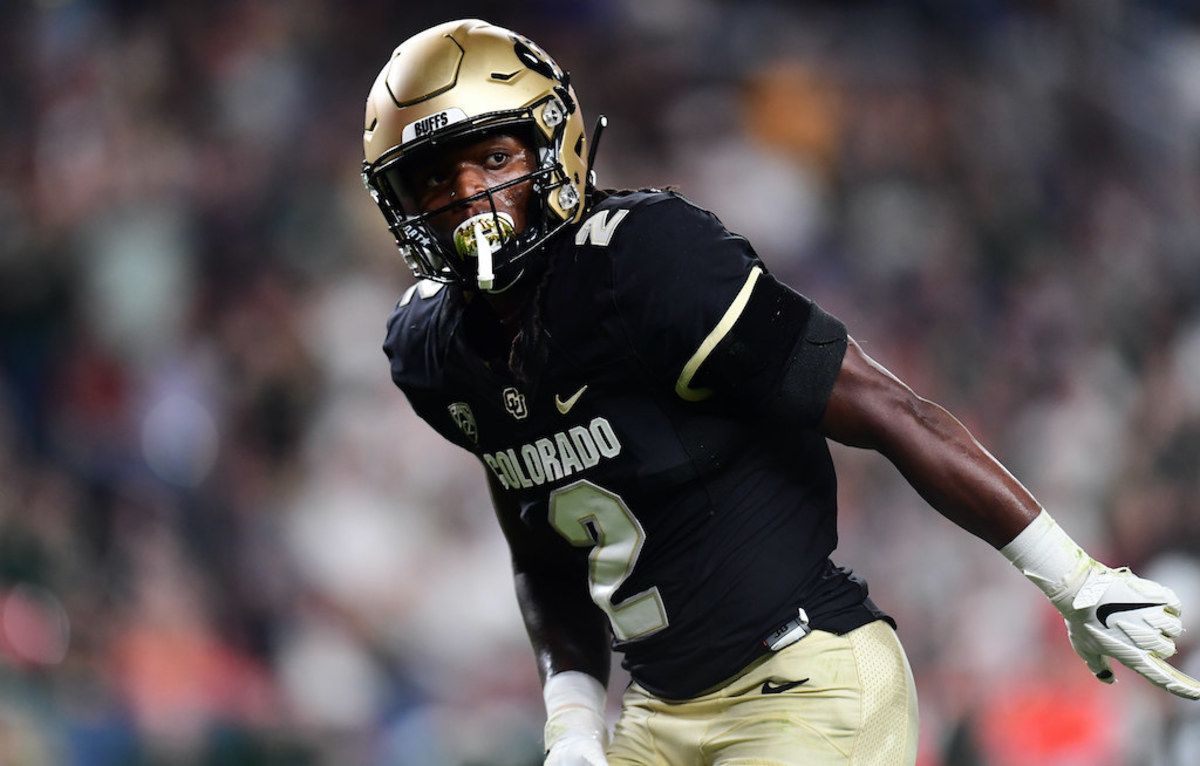 NFL Draft week is finally here, and football fans are champing at the bit to have just a little taste of sports action in a world devoid of it right now. The time for speculation is nearly over, and we’ll soon know where the top prospects land and can begin evaluating how each rookie and NFL team stacks up heading into the 2020 season.

The most intriguing positional group heading into the three-day marathon is the wide receivers. The highly-touted class seems poised to have a huge impact on night one of the draft—with anywhere from 5-7 expected to come off the board in the top 32—and continue to make waves in Round 2.

There’s a clear-cut top three: Oklahoma’s CeeDee Lamb and Alabama’s duo of Jerry Jeudy and Henry Ruggs III. Most draft analysts have LSU’s Justin Jefferson as the No. 4 option. After that, it’s wide open with a handful of talented receivers expected to come off the board between picks 20-50.

So, where does Colorado’s Laviska Shenault fit? Here’s where the oddsmakers have his over/under for draft position:

Those odds might’ve shocked you if you saw them six months ago. Shenault was such a standout at Colorado and appeared to have all the tools of not only a first-round receiver but a future NFL star. What happened?

The short answer is injury. Shenault’s skills haven’t diminished, and his upside is as high as any of the top receivers in this class. However, he’s missed time in each of the last two seasons with injuries, had toe and labrum surgeries before the 2019 season, and had core muscle surgery in March. His doctor anticipates he’ll be cleared for football activities by the time the draft wraps up, but given NFL teams’ limitations when it comes to their medical checks, it’s going to hurt Shenault’s draft value.

The 6-foot-1, 227-pound receiver has a high football IQ, is a future leader on offense, and has experience at all three receiver spots. He’s deceptively quick attacking off coverage, has strong hands and runs through arm tackles to boost his RAC numbers. Shenault needs to improve his route running (not to tip his hand) and avoid getting ridden to the sideline by bigger corners.

Shenault’s ceiling is a true No. 1 receiver who gobbles up targets and wins all over the field. His floor is mostly injury-related with the fear being him turning into a “what if” player.

Let’s take a look at a few teams that need to add a receiver and could take one late in the first round or the second round.

This is where I have Shenault mocked, but it’s mostly because I love the fit in Green Bay. He can move all around the field (and backfield), playing wherever Matt LaFleur needs him—a lot like how Deebo Samuel was used late in the season for the 49ers. Aside from the Packers, I can’t see another team drafting Shenault in the first round.

After taking Joe Burrow with the No. 1 overall pick, the Bengals could add more weapons around him with the top pick in Round 2. A.J. Green is coming back under the franchise tag, and Tyler Boyd is locked up for the next few years, but John Ross’s contract expires after 2020, and Green has plenty of injury issues entering his age-32 season. The question is whether or not the Bengals want another Green-type situation at receiver, because that’s entirely possible with Shenault.

I expect the Colts to take a receiver at some point in the second round, assuming they don’t trade these picks away to move back into the first round to take QB Jordan Love. A receiving corps consisting of T.Y. Hilton, Parris Campbell, and Shenault has through-the-roof upside for new QB Philip Rivers.

This is where Shenault is mocked in Kevin Hanson’s latest mock draft. The Jaguars do need receiver help behind D.J. Chark. However, I wonder, like Cincinnati, if they want to delve into the high-risk, high-reward zone at this position given the history of injuries Jaguars receivers have dealt with over the last few seasons. The other side of the coin is that they’re a rebuilding team that can snag a first-round talent with their third draft pick because of medicals. Maybe Jacksonville can’t be so picky.

Shenault landing here would be a great story, staying in Colorado and adding to an emerging Broncos team with a young QB in Drew Lock and a budding superstar in WR Courtland Sutton. SI Broncos publisher Keith Cummings notes that John Elway has a history of finding Day 2 gems and connections to the University of Colorado:

The last time Elway unearthed a receiving gem on day two of the draft was just two years ago in Courtland Sutton. The Broncos also have some notable franchise history when it comes to gambling on the pre-draft health of a wounded receiver. … Elway’s contacts at CU led him to RB Phillip Lindsay only two years ago, despite him slipping through the draft process originally. If Elway has genuine interest in stealing Shenault this year, he will have to mine some local knowledge and recommendations from the coaches who have close relationships with the Colorado star wideout.

The heavy, heavy juice of -340 isn’t worth betting on, and I wouldn’t even wager a half-unit on the other side because I only see one true team fit (Green Bay). In all likelihood, Shenault will be an early second-round pick that will be a fascinating player to watch, both in real life and fantasy, over the first few years of his career.

The Play: Stay away

2020 NFL Draft Prop Bet: When Will Cole Kmet Be Selected?

2020 NFL Draft Prop Bet: When Will A.J. Terrell Be Selected?

Bob and Julie Wischusen are Silent Heroes During COVID-19 Crisis