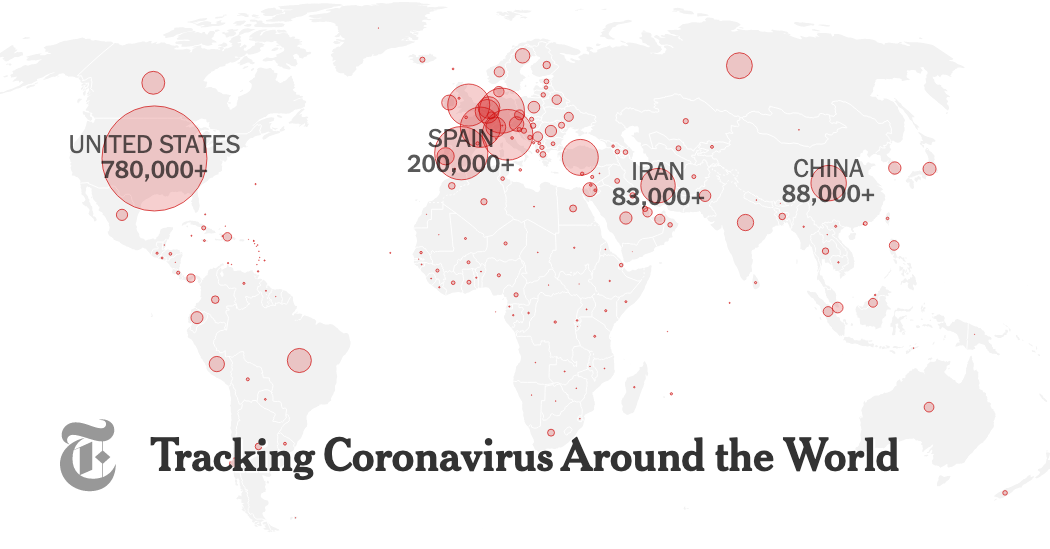 Testing is the sticking point

When can stay-at-home orders be relaxed safely? Not until we get much more testing, many state governors say.

Can Congress pass a bill to replenish the emergency loan fund for small businesses that ran dry last week? Not without establishing a national strategy for testing, Democrats say.

The slow, problem-plagued buildup and limited availability of coronavirus testing in the U.S. have attracted frequent criticism, and opened a rift between the Trump administration and governors of both parties. Now that rift is getting in the way of progress on several fronts.

“The No. 1 problem facing us is lack of testing,” said Gov. Larry Hogan of Maryland, a Republican. “We can’t open up our states without ramping up testing.” Impatient to address the problem, he arranged for Maryland to buy test kits from South Korea without waiting for federal approval.

Vice President Mike Pence claimed on Sunday that “there is a sufficient capacity of testing across the country today for any state in America” to begin opening up, but Gov. Ralph Northam of Virginia, a Democrat, called that claim “delusional.”

Negotiations over a $450 billion economic aid package are hung up over Congressional Democrats’ insistence that it mandate and fund a national testing strategy, which they say is crucial for reining in the outbreak and allowing the economy to reopen.

President Trump signaled that he did not like the idea. “States, not the Federal Government, should be doing the Testing,” he wrote on Twitter.

Negotiators were also still haggling on Monday over the terms of the $300 billion in new aid for small businesses promised in the bill.

A new social divide: The immunes, and the rest

A two-tiered society is likely to develop in the immediate wake of the Covid-19 crisis, as people who have recovered from the virus and are presumed to be immune are allowed to go back to work, gather and socialize, while everyone else must still stay home and keep their distance.

That’s one of the main takeaways from reporting by Donald McNeil Jr., our infectious disease reporter, on what to expect over the year ahead in the U.S.

Scientists still don’t have definitive answers to crucial questions, including how to determine whether a recovered patient has developed immunity, and how long the protection lasts. But some nations are not waiting for that.

Chile is set to become the first country to give “immunity cards” to people who have produced antibodies against the virus. Germany and the U.S. have considered similar approaches. In China, recovered patients get cellphone QR codes linked to the owner’s personal details, so they cannot be used by someone else.

Perverse incentives: Experts are predicting that when recovered patients have clear social and economic advantages, some people will try to join them by purposely exposing themselves to the virus, despite the large risks. “That temptation is going to be enormous,” Mr. McNeil said.

The pandemic has hit America’s biggest cities hard, with the coronavirus finding fertile ground in their density. Major urban centers were already losing appeal for many Americans, as skyrocketing rents and changes in the labor market have pushed young adults toward suburbs and smaller cities. Will that current now become a flood?

New York City, Los Angeles and Chicago — the country’s three largest metropolitan areas — have all lost population in recent years, and overall growth in major metropolitan areas has dropped by nearly half in the past decade. Now, as local leaders struggle with how to reopen their economies, the future of life in ultradense cities is unclear.

In New York, unemployment claims are up more than 20-fold, subway ridership is down by 90 percent because of stay-home restrictions and the city is projected to lose at least $7.4 billion in tax revenue by the middle of next year.

The very things that made the city a magnet for businesses, tourists and young professionals — its densely packed neighborhoods and robust street life, its extensive public transit, Broadway, world-class restaurants, pre-eminent cultural institutions — were among the most vulnerable when the virus hit, and would take the longest to come back.

“I don’t think the New York that we left will be back for some years,” Gregg Bishop, the commissioner of the city’s small-businesses agency, told The Times. “I don’t know if we’ll ever get it back.”

Of course, people have bet against New York before — after the 1970s fiscal crisis; the terror attacks of Sept. 11, 2001; the 2008 banking crisis — and the city has bounced back each time. And some argue that even though population density is a liability during an epidemic, it makes big cities more resilient in disasters.

“How people behave in a pandemic is probably not a great guide to how they want to live their lives in normal times,” said Jed Kolko, chief economist for Indeed, a job search site. “We are living in the middle of a grand forced experiment, but we really don’t know how the experiment is going to play out.”

Manage loneliness. You’re not alone in feeling alone right now. Here are some ideas to help.

Set up your home office, free. Our writer has suggestions on creating a comfortable working space using things you probably already own.

Neighbors aren’t social distancing? Here are some tips to stay safe even when those around you are putting others at risk.

How to help if you’ve recovered. You can run errands for at-risk neighbors, and you can donate blood or convalescent plasma. But first, make sure you’ve actually recovered.

A virtual discussion on leading through a crisis

Join David Gelles, our Corner Office columnist, on Tuesday at 2:30 p.m. Eastern time as he talks to two chief executives in the food and beverage industry about the challenges posed by the coronavirus. Register for the call here.

My daughter is taking the positives from not being (physically) in school and coloring her hair pink! Self-expression and creativity as an antidote to lockdown. (And it will wash out.)