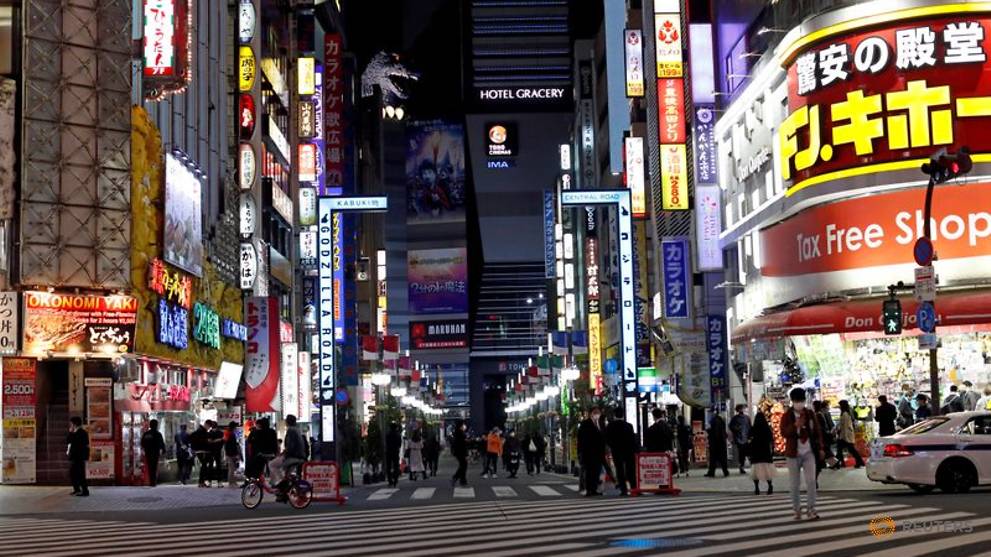 TOKYO: Tokyo and Japan’s central government have resolved a high-profile feud over what businesses should shut down during a month-long emergency to fight the new coronavirus, the city’s governor said, clearing the way for an announcement on Friday.

The rift with Tokyo Governor Yuriko Koike has highlighted Prime Minister Shinzo Abe’s desire to minimise economic damage from the state of emergency, and boosted concerns that his measures are too little, too late to contain the spread of the virus.

Koike told reporters late on Thursday (Apr 9) that she and Economy Minister Yasutoshi Nishimura had reached an agreement. Koike is expected to hold a news conference on Friday about the measures.

She will stick to her plan to ask a range of businesses, including pachinko parlours and internet cafes, to close and restaurants to shorten their hours, but bowed to central government pressure to keep department stores, home-furnishing centres and barber shops open, public broadcaster NHK said.

She said she wants the measures to take effect on Saturday.

Abe declared a state of emergency on Tuesday for Tokyo and six other prefectures after a jump in cases in the capital sparked concern that Japan was headed for the sort of explosive outbreak seen in many other countries.

“The tension between Koike and the cabinet will definitely damage the impact of the (emergency) declaration,” said Kenji Shibuya, head of the Institute for Population Health at King’s College, London.

“There is zero chance of achieving 80 per cent,” he said, referring to the government’s goal for reducing person-to-person contact by that much to prevent an explosive spread of the virus.

Koike, a former lawmaker from Abe’s Liberal Democratic Party and once seen as a possible future prime minister, had pressed Abe to declare a state of emergency sooner and made clear she wanted to quickly ask a broad range of businesses to close.

In late March, she warned Tokyo could face a full “lockdown” if infections surged, although Japanese law does not mandate penalties for residents who refuse to stay home or businesses that stay open.

Abe has stressed Japan’s state of emergency is not a lockdown, and critics say he is sending a mixed message that confuses residents as well as businesses.

Koike will also create a fund for businesses that meet her requests to close, NHK said. Abe has rejected calls to compensate such businesses in a 108 trillion yen (US$993 billion) stimulus package crafted to cushion the blow of the outbreak, mainly, economists say, for fear of burgeoning fiscal costs.