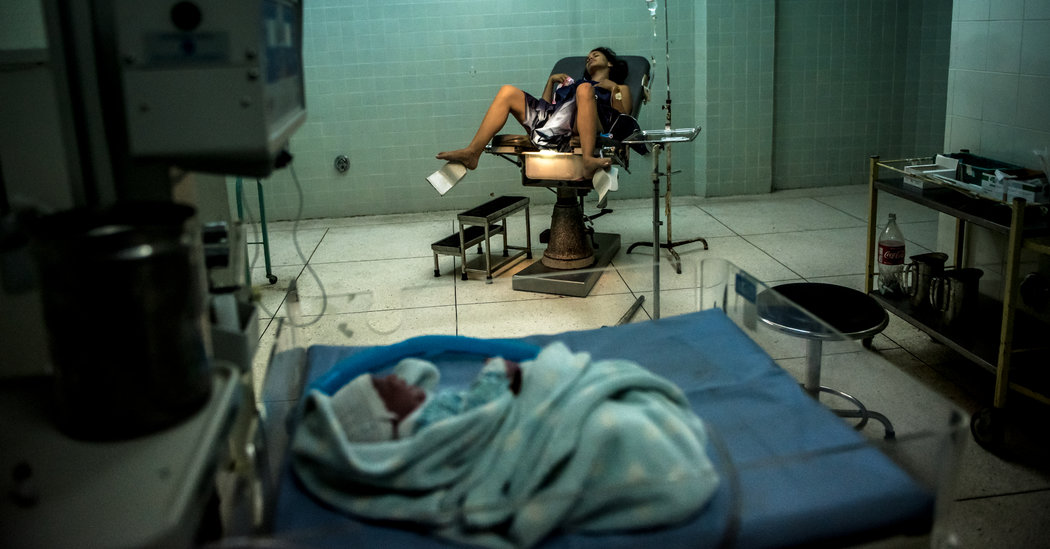 About three years ago, Dr. Ticona had a breakdown and had to leave the job for months. She came back out of a sense of duty. But she wondered how long she could hang on.

“It gets to a point,” she said one night, “where there is so much need that you collapse.”

Increasingly, pregnant women are giving up on Venezuela altogether and making the journey to neighboring Colombia, where the government has promised to pay for their health care.

These women, some of whom have watched their sisters and neighbors die in childbirth back home, are a growing part of Venezuela’s exodus. Five years ago, at Hospital San José in Maicao, Colombia, just minutes from the border, doctors delivered about 70 Venezuelan children. Last year, they delivered more than 2,700.

The influx has pushed the hospital to its financial limits, said Dr. Guillermo Villamil, an administrator. So far, the Colombian government has repaid the hospital less than a third of the $8 million that it has cost to help Venezuelan patients, he said, adding that he was committed to helping until the money ran out. (The office of the Colombian president, Iván Duque, said it was assessing hospital costs and how much it owed.)

Though official border crossings have been closed to prevent the spread of the coronavirus, pregnant women keep arriving, often traveling over dangerous, informal paths known as trochas.

One day in January, a hospital cot went racing through the maternity ward of the Hospital San José. In the bed was Neryelín González, 25, who had abandoned her university studies in chemistry in Venezuela and crossed the border into Colombia 10 days before, on one of those illegal paths, in search of a safe place to give birth.

In the delivery room, she gave birth on a cushioned recliner covered in sanitary plastic. A clean crib waited for her baby. Two doctors and three nurses coached her through the process.