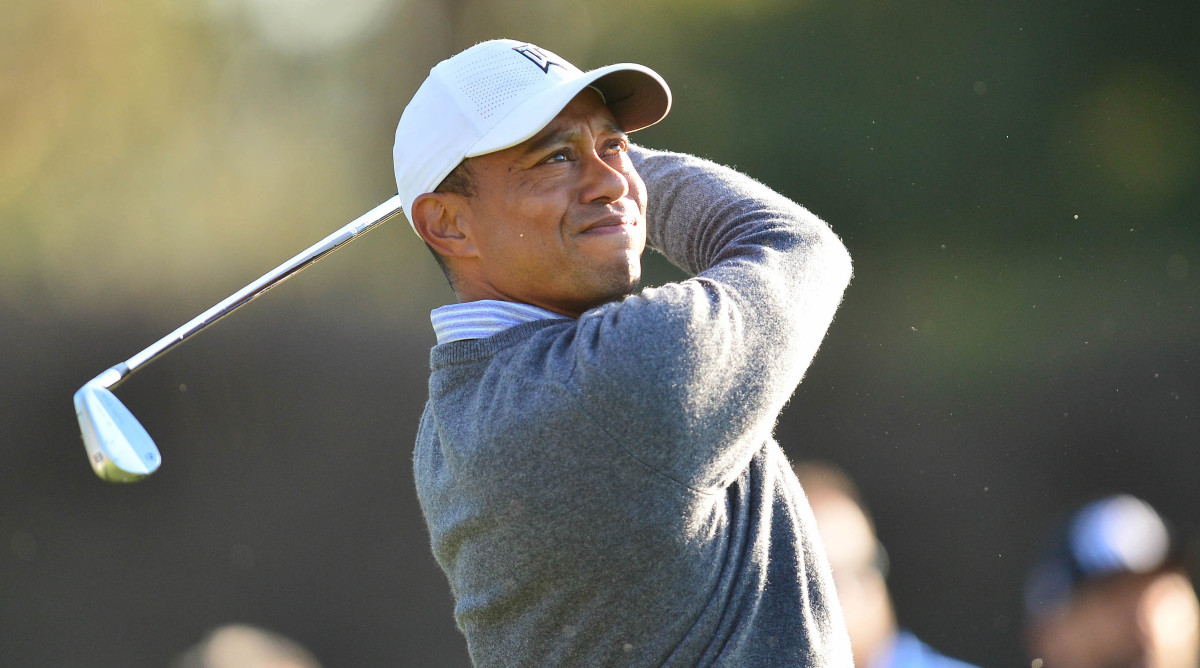 Is Tiger Woods legally responsible for injuries sustained by a fan during a selfie?

Florida resident Brian Borruso contends that Woods and his caddie, Joe LaCava, broke the law at the Valspar Gold Tournament in March 2018. They did so, Borruso insists, by unnecessarily and harmfully shoving Borruso while he innocently attempted a selfie with Woods in the background. The tournament, which offered a $6.5 million purse, was played on the Copperhead Course at Innisbrook Resort and Golf Club in Palm Harbor. Woods and Patrick Reed were edged out by Paul Casey at the top on the leaderboard.

According to a court complaint filed this week by Borruso’s attorney, Joshua Drechsel, Borruso was standing alongside other spectators at the 13th green when Woods hit a ball that landed nearby. As Woods approached the ball, Borruso saw an opportunity to take a selfie while the 44-year-old legend would be visible in the shot. Borruso then snapped a photo, a copy of which is posted as “incident selfie” on the website for Drechsel’s law firm. As you can tell, a smiling Borruso appears fairly close to Woods at the time of the photo. However, the angle of the camera might have impacted the apparent distance between the two men.

Regardless, Borruso insists that his smartphone camerawork in no way intruded upon Woods or his personal space. It was merely meant to be a selfie where a famous person—the world’s most recognized golfer—would be visible in the background. It’s also not clear from the photo if Woods even noticed Borruso, whose back faced Woods’s back, let alone found him annoying or disruptive.

So, selfie taken while smiling. Check. Historical sports figure nearby in the shot. Check. Mission accomplished? Not quite.

Borruso asserts that LaCava, who was recently inducted into the Caddie Hall of Fame, reacted with hostility towards the selfie attempt. As told in the complaint, LaCava “intentionally shoved” Borruso, causing him to tumble and fall into the crowd where he sustained injuries.

The specific nature of Borruso’s injuries aren’t explained in the complaint. However, he allegedly suffered “bodily and mental injury, and resulting pain and suffering, disability, disfigurement, mental anguish, loss of capacity for the enjoyment of life, expenses of hospitalization, medical and nursing care and treatment, loss of ability to earn income, and aggravation of previously existing condition.” The injuries are also described as “permanent or continuing.” By claiming a “loss of ability to earn income”, Borruso might have missed work or experienced other verifiable life changes that would help him establish that he suffered meaningful harms. The reference to “hospitalization” suggests there may be medical records that could prove informative. We’ll see.

Proving what happened will also be a hurdle for Borruso. He needs to corroborate his retelling of an event that took place 25 months ago. The tournament was broadcast on The Golf Channel and covered by journalists and photographers. Perhaps there are videos and photographs from the 13th green that confirm or refute Borruso’s version of events.

To that point, Drechsel’s law firm has posted two short video clips of fellow spectators. The spectators appear to be eyewitnesses, commenting around the same time as the alleged shoving incident. Although neither video shows a shove, the videos provide some context. In video 1, a voice comments, “I love Tiger, but I don’t like him. He just pushed him. He just shoved him right out of there.”

In video 2, LaCava, who seems determined but reasonably calm, directs spectators to back it up.

Drechsel has asked for eyewitnesses to come forward and share what they saw. He also hopes they provide relevant video or pictures. Drechsel is confident the PGA has the incident captured on video but he says it won’t turn over the video.

Legal claims against LaCava and Woods

The complaint asserts that LaCava, who has caddied for Dustin Johnson, Justin Leonard and other top golfers, is liable for negligence and battery. LaCava is portrayed as failing to satisfy a duty of a care to Borruso, namely by creating an unreasonable risk that Borruso would suffer physical harm. LaCava is also accused of causing harmful contact by shoving Borruso.

As for Woods, the complaint claims that he is vicariously liable for LaCava’s alleged shove. Vicarious liability is governed by the doctrine of respondeat superior (Latin for “let the master answer”). This doctrine instructs that an employer is responsible for the wrongful acts of his or her employees when those acts are within the scope of employment. To help establish Wood’s responsibility for LaCava, the complaint cites Rule 10.3 of the USGA Rules of Golf. This rule expresses that, “a player is responsible for his or her caddie’s actions both during a round and while play is stopped . . . but not before or after a round.” Along those lines, the complaint contends that Woods was negligent in hiring, training, supervising and retaining LaCava.

Although the tournament was held more than two years ago, Borruso’s complaint was filed within the applicable statute of limitations. In Florida, plaintiffs in negligence and personal injury cases normally have four years to sue before their potential claims are time-barred. The fact that Borruso waited more than two years doesn’t undermine the validity of his case. However, the delay could make it more difficult for Borruso’s attorneys to identify possible eyewitnesses and acquire useful video and photographic evidence.

The complaint doesn’t express the amount of money Borruso hopes to recover in the lawsuit. It notes that the amount in controversy exceeds $30,000 though that reference is mainly for jurisdictional purposes. The Florida circuit civil court in which Borruso has filed has jurisdiction over civil matters only where the legal dispute has a value in excess of $30,000. The civil cover sheet accompanying Borruso’s complaint offers a different dollar number that likewise isn’t helpful. The “estimated amount of the claim rounded to the nearest dollar” is listed as $99,999,999. Obviously, even if Borruso succeeds, he would not be awarded $100 million.

The complaint probably isn’t a surprise to either Woods or LaCava. It was almost certainly preceded by a demand letter. The letter would have been sent by Borruso’s attorney and likely indicated an openness to negotiating a settlement before a lawsuit commenced. It’s unknown why a settlement wasn’t reached. Among the possible explanations are that Woods, whose net worth is reportedly in the ballpark of $800 million, and LaCava believe they did nothing wrong. Borruso might have also demanded too much money.

In the coming weeks, attorneys for Woods and LaCava will answer the complaint. They will surely deny that Woods and LaCava engaged in any wrongdoing. As mentioned above, it’s unclear if Borruso has evidence or eyewitness testimony to support his assertions. Should his case advance to pretrial discovery, it’s possible that Woods, LaCava and PGA officials could be obligated to provide sworn testimony and turn over relevant evidence. We are a long way from that stage, however.

Separately, Woods might argue that he is not legally responsible for the actions of LaCava. Caddies normally work for golfers as independent contractors, rather than as employees. Vicarious liability is more difficult, and sometimes impossible, to establish when the worker is an independent contractor.

The classification of caddies is a controversial topic in its own right. In recent years, some states have made it more difficult for workers to be classified as independent contractors. In those jurisdictions, a caddie (and other types of workers) can only be an independent contractor if he or she meets the so-called “ABC Test”: (A) is free from the control and direction of the hirer in connection with the performance of the work, both under the contract for the performance of such work and in fact; (B) performs work that is outside the usual course of the hiring entity’s business; and (C) is customarily engaged in an independently established trade, occupation, or business of the same nature as the work performed for the hiring entity. Proponents of effectively widening the scope of workers classified as employees believe it will help more workers gain healthcare and other benefits usually reserved for employees; critics say it will incentivize employers, when faced with increased benefits costs, to reduce the size of their workforces.

Florida hasn’t adopted the ABC Test. The state instead uses the more traditional “right of control” test which, among other things, gauges the extent to which the employer controls the work of the worker. Florida generally limits employer exposure for the conduct of independent contractors, though makes exceptions when the work is dangerous or when the employer was negligent in choosing the worker.

Here, Borruso would argue that Woods was negligent in hiring LaCava and that Woods held substantial control over LaCava’s conduct during the tournament—including when Borruso cleared physical space for Woods. As a rebuttal, Woods would maintain there was no dangerous activity when LaCava directed spectators to stand back. Golfers need space to perform, both for competitive reasons and for the safety of those around them. Also, caddies enjoy wide discretion in their work, including when sharing advice on swing techniques and course topography, among other crucial aspects of competitive golf. Woods might also point out that LaCava is a top caddie and therefore hiring him was not negligent.

We’ll keep you posted on developments in the selfie-shove lawsuit.