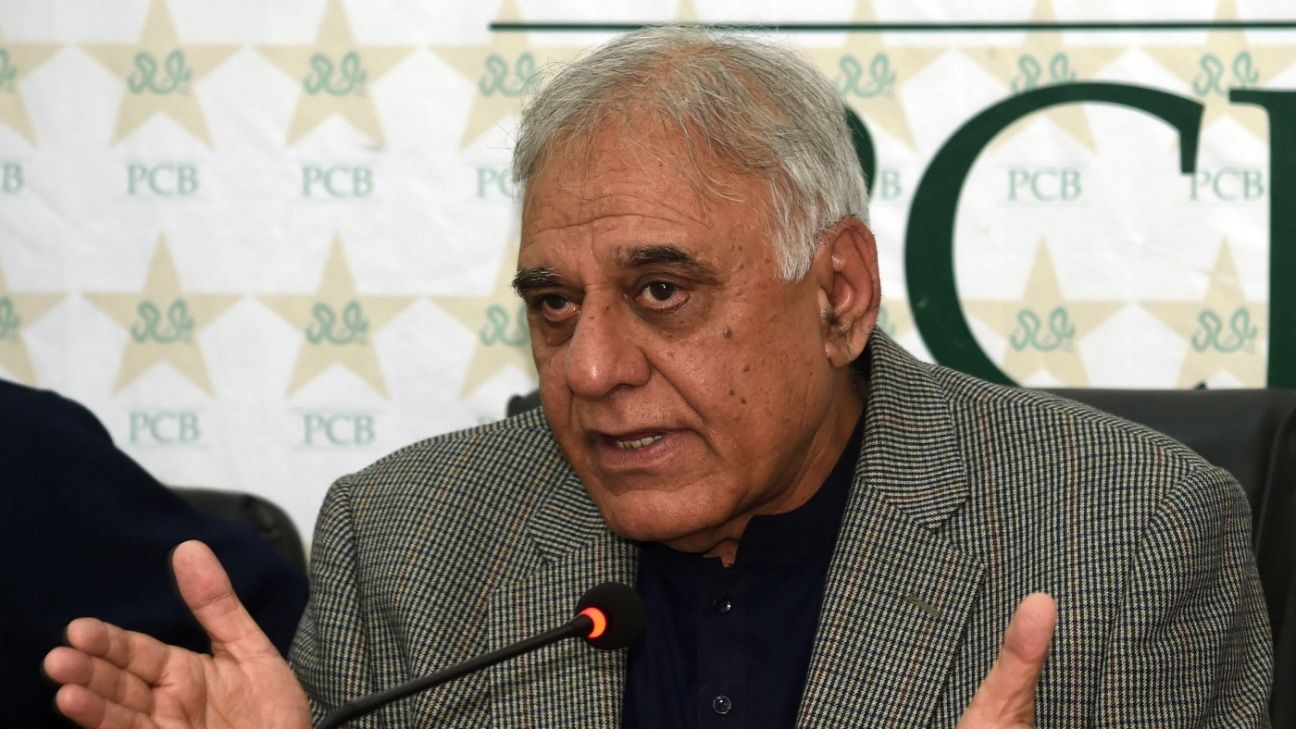 Director of domestic cricket Haroon Rasheed and chief curator Agha Zahid will leave the PCB at the end of their contracts. Rasheed’s contract concludes at the end of this month, while Zahid’s ends on May 31. The duo had been working on a rolling contract and held prominent positions within the setup for several years. ESPNcricinfo understands the decision has been taken to begin a restructuring process at the National Cricket Academy to transform it into a high-performance centre.

The PCB has already dispensed with the services of Ali Zia, senior general manager academies, while director academies Mudassar Nazar decided not to seek an extension once his contract ends next month. Senior general manager domestic cricket Shafiq Ahmed was also released last year, as was Subhan Ahmed, one of the central figures of several PCB administrations of past years.

The drive to replace older, more experienced officials with younger ones has begun to be laid since Wasim Khan entered the fray at the PCB last year. Upon assuming his position as the COO, he had told ESPNcricinfo that he wanted “to bring a change by recruiting players from the present era to work in the system. Naturally, in the modern game, we need people who are relevant, hungry and are committed to making a difference. It’s a new era and we have exciting plans for the future. We won’t be derailed in doing what’s right for Pakistan cricket.”

Budgetary concerns may well have played a part, too, with the NCA long seen as eating into the available finances without quite pulling its weight in terms of output. Khan had on more than one occasion hinted changes of this nature in his interactions with the media, which makes this revamp somewhat unsurprising. David Parsons, who worked with the ECB as performance director, came to Pakistan last year and gave the PCB a detailed report containing advice on how to go about revamping the National Cricket Academy and streamlining the pathway programme to the national side.

Rasheed, 67, has been in the system since 1985 after he retired as a player. His roles have been as diverse as they have long-standing. He served as a team manager, senior and junior coach, chief selector, head of youth and game development, and the head of the NCA. He is presently working as a director of domestic cricket, where his last significant project included an overhaul of Pakistan’s domestic structure, getting rid of departments and reducing the number of teams from 16 to just six provincial sides.

“On behalf of the PCB, I want to sincerely thank Haroon Rashid and Agha Zahid for their hard work and services over a vast number of years,” Khan said. “With Mudassar Nazar having already announced his departure in May, the PCB will now use this opportunity to restructure the NCA and domestic cricket to create a different and streamlined high-performance structure that serves the game and it’s cricketers in a more seamless way. Amongst many areas, the new system will focus on coach education and the assessment and re-training of our current elite coaches; in addition, the improved streamlined system will enable us to further bridge the gap between domestic and international cricket.”

ESPNcricinfo understands the position of director domestic will be abolished. However, the chief curator’s position will be filled by Ali Raza, who has a PhD in Soil Science. Raza had served as Zahid’s deputy recently and will take over the role until the PCB complete its restructuring process.