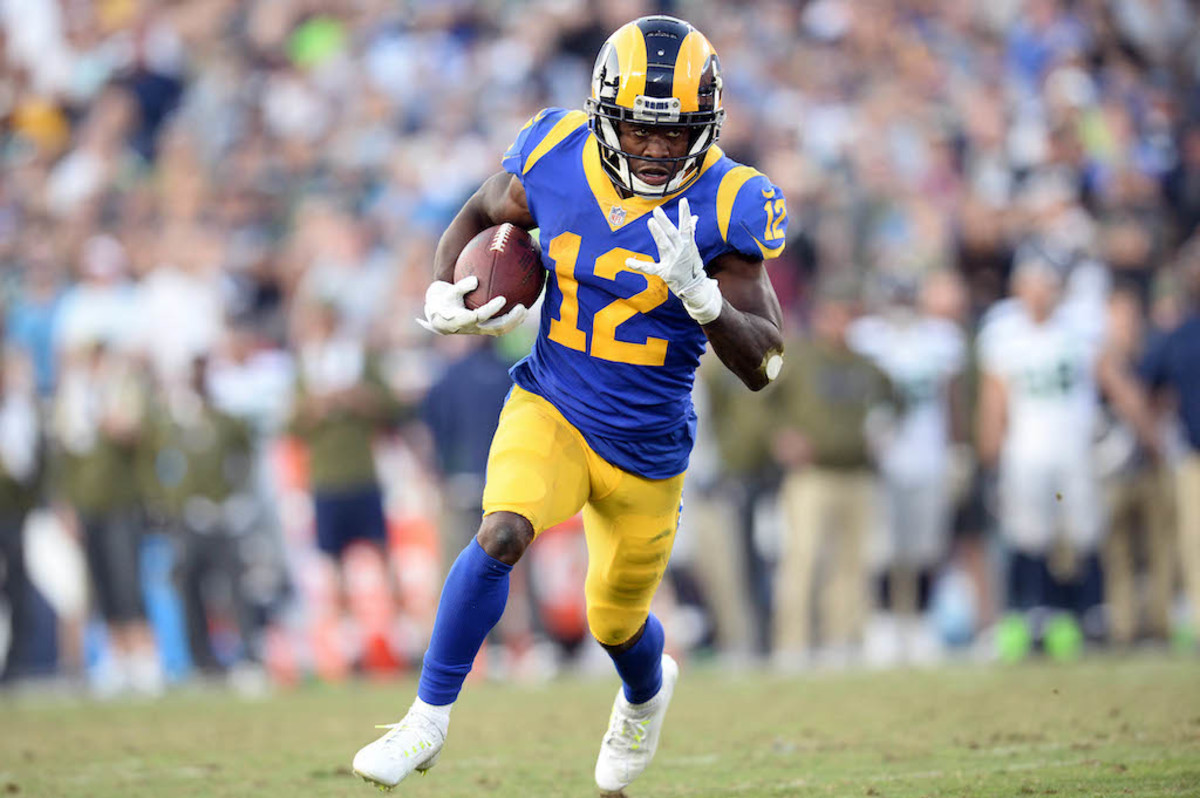 The rumblings have been out there for some time, but the Rams finally traded wide receiver Brandin Cooks. The Texans gave up their second-round pick (57th overall) in exchange for the wide receiver and a 2022 fourth-round pick.

Cooks will fill the void left in Houston by a trade earlier this offseason that sent DeAndre Hopkins from the Texans to the Cardinals in exchange for running back David Johnson and a second-round pick.

What Trade Means For Cooks

Cooks has been very productive in his career until last season when his stats fell off a cliff. Let’s compare where Cooks has finished among all wide receivers in PPR formats from his sophomore season of 2015 through 2018 to his rough finish in 2019 (fantasy points per game/total fantasy points):

The precipitous drop in production last season was aided by a pair of concussions, the fourth and fifth of his six-year NFL career. However, Cooks simply wasn’t targeted nearly as often in 2019 as he’s be accustomed to and wasn’t incredibly effective with the opportunities he did get.

Cooks averaged 7.5 targets per game between 2015-18 with three different teams: the Saints, Patriots and Rams. He saw only 5.1 targets per game in 2019. He also only had one 100-yard game (8/112/0 in Week 3), which was also the only time he saw double-digit passes thrown in his direction. His 13.9 yards per catch was his lowest output since 2015, and he set career lows in targets per game, catches per game, receiving yards per games and touchdowns.

There’s an immediate need for a No. 1 receiver in Houston. Hopkins is gone, Will Fuller is talented but oft-injured, Randall Cobb is a solid slot option and Kenny Stills provides solid depth, but isn’t a game changer. Cooks is getting an upgrade in quarterback by linking up with Deshaun Watson, but will he have the same chemistry as he did with Drew Brees and Tom Brady? Will Watson have the same chemistry with Cooks that he had with Hopkins? Will Cooks be able to stay on the field?

So many of those questions are yet to be answered. Cooks does have true WR2 upside as he showed in the four seasons prior to 2019. However, the injury risk is as high as it has ever been for him.

In the end, he’s in a better situation now than he would’ve been if he stayed in Los Angeles, but he’s not in a better spot than he was the prior few seasons. Fantasy managers that were burned by him last season will likely stay away again this year. Those looking for a high-upside option can take the risk just outside the Top 100 as a WR4.

What Trade Means For Rams

Cooper Kupp finished as the WR8 and Robert Woods finished as the WR16 on a per-game basis last season and should maintain something close to that level of production in 2020. Both should be taken as high-end WR2s in fantasy drafts.

The one player with really intriguing value is Josh Reynolds, who has had a lot of success in his limited time playing with either Cooks or Kupp out of the lineup. Over the last two seasons in games that either Kupp or Cooks missed (plus the three-snap game for Cooks in Week 8 of the 2019 season), Reynolds is averaging 3.5 catches, 53.6 yards and 0.5 touchdowns per game. That’s 11.9 fantasy points per game, which would’ve been the equivalent to the per-game outputs of Jamison Crowder and Deebo Samuel last season.