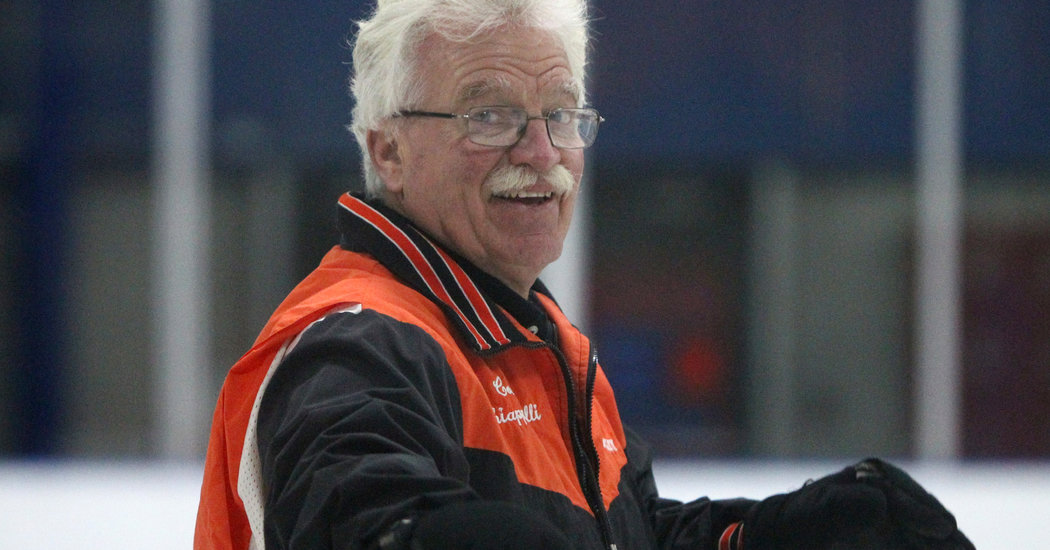 Chiapparelli, 64, who has a mop of shaggy curls on his head and still wears those tight, mid-length gym teacher shorts nearly every day, even in the winter, didn’t plan on any of this when he was starting out in coaching and teaching physical education 40 years ago. He spent 32 years coaching three sports, then dialed it back to just hockey and baseball after his wife asked him to, though he still helps out on the sidelines of varsity football games on Saturday afternoons in the fall.

The programs were fairly mediocre when he took them over, but he joined the board of the local Little League and tried to make it a little more competitive, encouraging better players to play in older divisions. He also started after-school floor hockey and baseball programs in the district’s elementary schools, giving him an early look at the best athletes in town.

He paid his high school players to coach the children and used the rest of the money to help improve the facilities and opportunities for his high school teams. They got batting cages and bullpens and spring trips to tournaments against other nationally ranked teams, plus some sweet swag — batting gloves, polo shirts, sweatshirts.

His players also do off-season weight training and conditioning in the mornings before school. He joins them for five-mile runs several mornings a week. His team is the grounds crew. They rake the infield and manicure the pitching mound and home plate and roll out the tarp when bad weather is coming.

In the early 1990s, he started scheduling games against the best teams in New York, teams that battered his Tigers at first. Now his teams regularly contend for state championships.

Since the season got put on an indefinite hold, he has cleaned up his yard and done all the early spring chores around the house. He usually works Sunday nights tending bar at a local tavern, but that isn’t happening either. Now he’s just bored, a guy who is used to having five jobs, who now barely has one. He should be throwing a thousand pitches a day for live batting practice, because hitting a ball out of a machine just isn’t the same, but he’s got no one to throw to. And nothing fills the hole of what’s really missing.