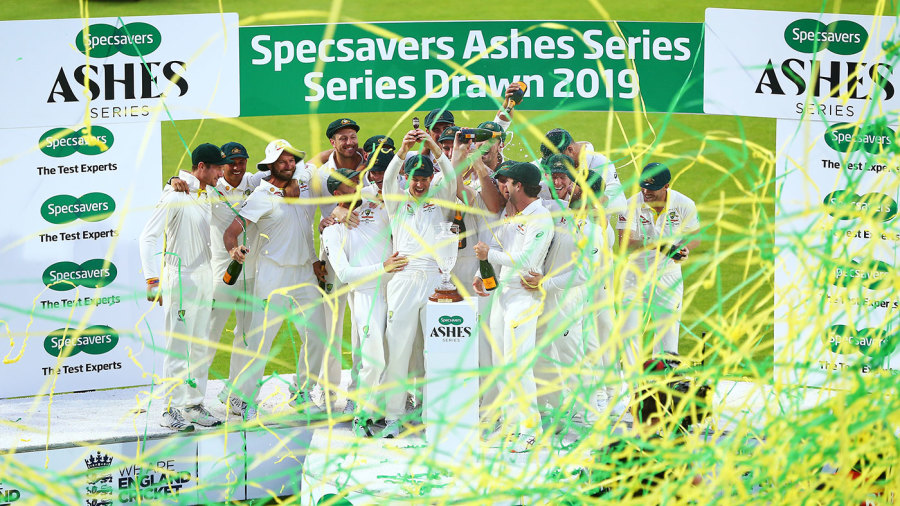 The precarious finances of English cricket look set to take a further hit this summer, after Specsavers’ deals to sponsor both the County Championship and England men’s Tests against West Indies and Pakistan elapsed without a replacement being confirmed for the 2020 season.

Specsavers, the opticians and eye-test specialists, came on board as the County Championship’s principal sponsor in February 2016, on a four-year deal that was due to end after the 2019 season. Two years later, they took over from Investec as principal sponsors of England men’s home Tests, on an initial two-year deal that encompassed high-profile series against India in 2018 and Australia the following year.

However, it would appear that that deal has not at this stage been renewed, despite the huge publicity the company received after the bespectacled Jack Leach played a key role in England’s famous victory in last summer’s third Ashes Test.

On Thursday, Specsavers branding was removed from all social-media references to the County Championship and England’s Test series in 2020, as well as from the ECB’s official website.

This year’s County Championship had been due to get underway at the weekend, with the first round of four-day games originally scheduled to start on April 12, Easter Sunday. However, the season has been postponed to May 28 at the earliest due to the Covid-19 outbreak, and further delays are anticipated with the UK currently implementing social distancing measures to combat the spread of the virus.

The ECB is mapping out a series of contingency plans, depending on how much of the English season is still available to be staged, as and when the current restrictions on live sport are lifted. Tom Harrison, the ECB chief executive, recently stated, in a letter seen by ESPNcricinfo, that a complete cancellation of the English season could cost the game up to £300 million.

On Wednesday, the PCA announced that, following discussions with the ECB and the 18 first-class counties, £1 million of domestic prize money would be redistributed to help fund player wages. An agreement was also reached for counties to furlough their playing staff if required, an option that several have since confirmed they will be taking up.

Last week, England’s contracted players donated £500,000 of their salaries to the ECB and selected good causes, with the women’s squad also accepting 20% pay cuts in line with those of their coaching and support staff.

West Indies were due to arrive in England next month to begin a three-Test tour, with the first match scheduled to start at The Oval on June 4, but that prospect looks increasingly unlikely.

“The deadline of 28 May still stands but, as you say, it’s looking less and less likely that we’re going to be out there in June,” Ashley Giles, England men’s director of cricket, said.

Andrew Miller is UK editor of ESPNcricinfo. He tweets at @miller_cricket