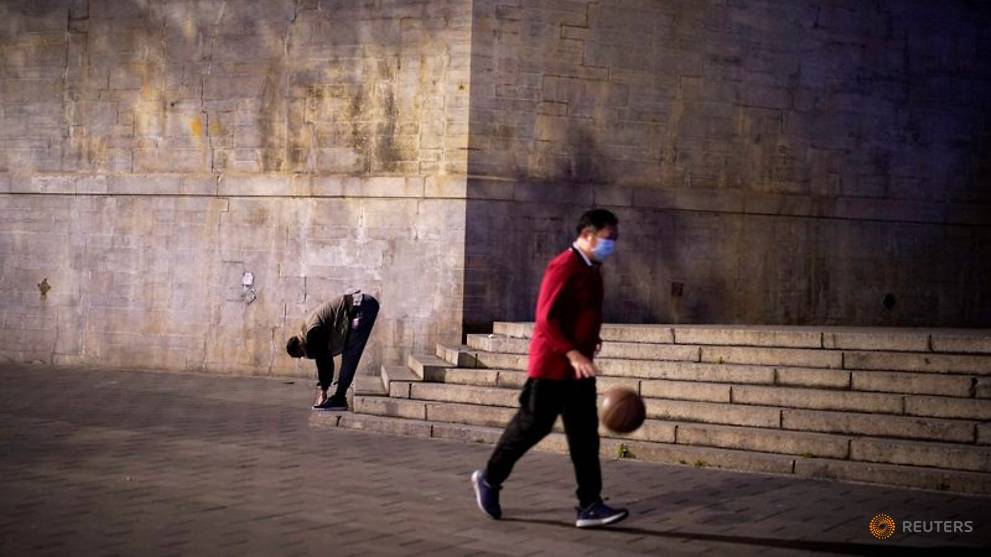 BEIJING: China on Friday (Apr 10) reported a fall in new COVID-19 cases, particularly imported and asymptomatic infections which authorities fear could see a second wave of infections as city and travel restrictions are lifted.

The National Health Commission said 42 new cases were reported in the mainland on Thursday, compared with 63 cases a day earlier, putting total infections at 81,907. The death toll rose by one to 3,336.

Severe travel and transit restrictions imposed since January have helped bring the number of new infections down sharply from the height of the epidemic in February.

But policymakers fear a second wave triggered by people entering the country from overseas or asymptomatic patients who are infectious but not exhibiting symptoms.

The northeastern Heilongjiang province has reported a spike in new cases recently due to Chinese nationals entering the province from Russia, where there has been a surge of new coronavirus cases.

A central government meeting chaired by Premier Li Keqiang concluded on Thursday that Beijing will allocate more resources to prevent the spread of the virus from its land borders and expand testing.

The virus, which first broke out in the Chinese city of Wuhan in late 2019, has since spread around the world infecting more than 1.4 million people, killing more than 87,700.

The pandemic has wreaked havoc on the global economy as governments imposed lockdowns to rein in its spread.