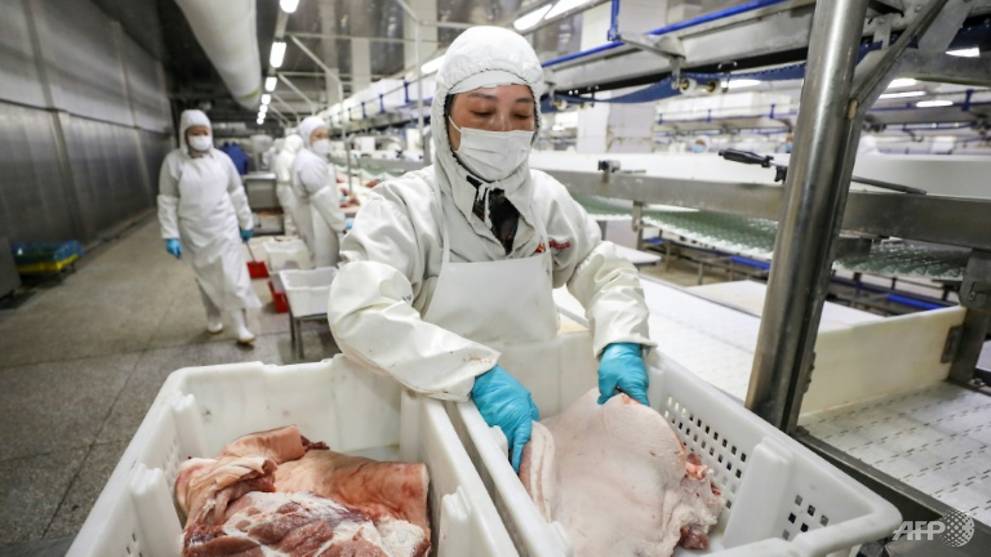 BEIJING: Inflation in China grew at its slowest pace since last October, official data showed on Friday (Apr 10), falling from eight-year highs due to a drop in food prices as the country gradually lifts virus lockdowns.

Consumer prices jumped 4.3 per cent in March year-on-year, the National Bureau of Statistics (NBS) said, after increasing 5.2 per cent in February.

This is lower than the forecast of a 4.9 per cent increase by analysts polled by Bloomberg.

Weak oil prices and suppressed demand due to drastic coronavirus measures meant that consumer inflation last month grew at the slowest pace since October, according to NBS data.

The price of China’s staple meat – which was already high after African Swine Fever ravaged the country’s pig herds – increased 116.4 per cent in March compared with a year earlier, down from the 132.5 per cent jump in February.

Dramatic lockdown measures to stop the spread of the coronavirus in the first few months of the year disrupted businesses across the country.

That was worse than the 0.4 per cent fall in February and the 1.1 per cent contraction expected in a Bloomberg survey of analysts.

Beijing in recent weeks has relaxed some travel restrictions after the domestic COVID-19 outbreak was brought under control and officials pushed for the resumption of work.

Chinese factory activity saw surprise growth in March as factories sputtered back to life, but the economy faces ongoing challenges with external demand hammered by the global spread of the coronavirus.

“Since the beginning of this year, due to the coronavirus epidemic, the development of foreign trade has faced severe challenges that have not been seen in many years,” China’s assistant commerce minister Ren Hongbin said at press briefing Friday.

According to a recent survey by the commerce ministry, Chinese exporters are struggling without new orders and in the face of disrupted logistics and transportation routes, Ren said.