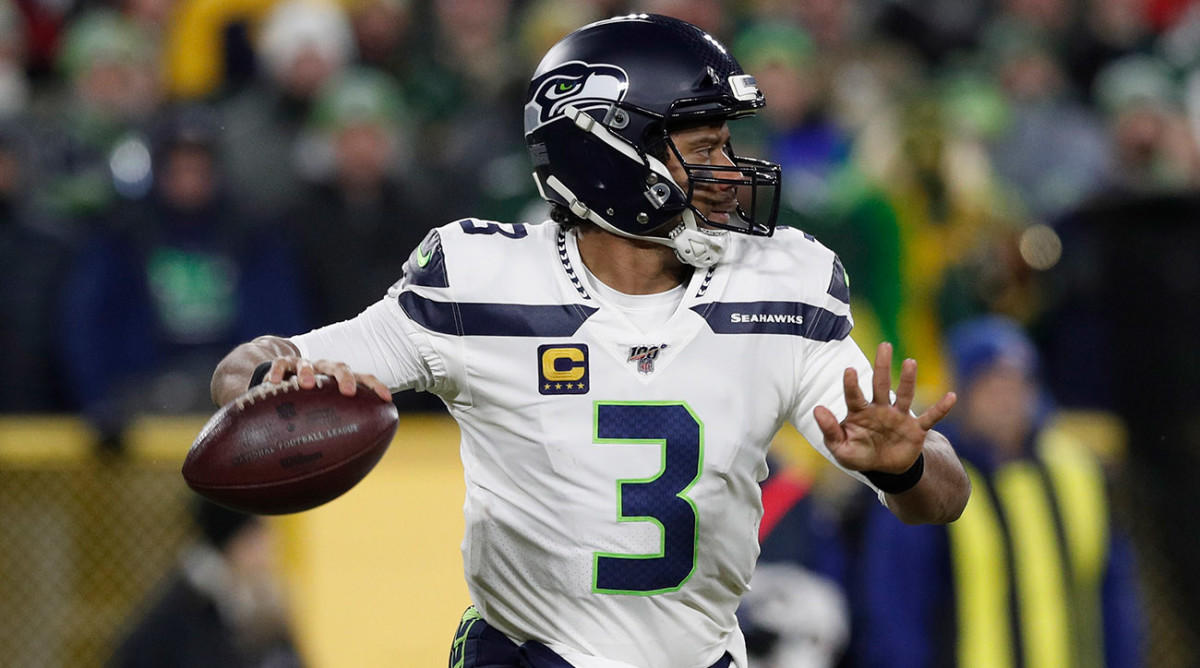 Super Bowl XLVIII-winning quarterback Russell Wilson played at an elite level last season, posting arguably the best numbers of his NFL career. The eight-year veteran completed 66.1 percent of his passes for 4,110 yards and 31 touchdowns while rushing for 342 yards and three touchdowns on the ground. As Sports Illustrated’s Seahawks Maven Landon Buford recently highlighted during the first half of the season, Wilson was actually the front-runner for MVP honors, but Ravens standout Lamar Jackson eventually surpassed him.

What are the oddsmakers saying?

William Hill, America’s largest sports book operator, recently released its opening odds on which player will bring home the NFL MVP award in 2020. At 8/1, Wilson is listed as the third overall betting option. The field now consists of quarterbacks in the first 12 overall betting options before Tennessee Titans running back Derrick Henry appears at No. 13 at odds of 40/1.

According to William Hill on Thursday:

“Kyler Murray is currently tied with Deshaun Watson for the fifth-lowest 2020-21 AP Pro Football Regular Season MVP odds at 20/1. Yet, the Arizona signal-caller leads the way with 12% of the total number of tickets. The defending Rookie of the Year also has attracted 14% of the total dollars wagered, which is the third-highest percentage among all players.

“The only two players to top Murray in terms of total dollars wagered are also young quarterbacks. Buffalo’s Josh Allen (50/1) is tops at 22% in that department, followed by Dallas’s Dak Prescott (25/1) at 18%. Besides sitting atop the board in total dollars wagered, Allen is tied with old AFC East foe and new Tampa Bay quarterback Tom Brady for second in total number of tickets at 8%. Brady’s 18/1 odds only trail Mahomes, Jackson and Russell Wilson.”

Obviously my model has a top tier that consists of two names when it comes to NFL quarterbacks in fantasy football in 2020: Mahomes and Jackson. Prior to the draft, as well as any further transactions or trades, my projections have Wilson as the overall QB5 behind both the aforementioned NFL MVPs of the past two seasons, Dallas’ Dak Prescott and the potentially dangerous Kyler Murray. Aaron Rodgers and Matt Ryan round out my current top-seven signal callers.

Last season, Wilson finished as the overall QB3 in fantasy football, with one of his better seasons in the NFL. This upcoming season he should have a strong backfield consisting of Chris Carson and Rashaad Penny. On the outside, the fantasy consistent Wilson will have Tyler Lockett, D.K. Metcalf and the newly signed Phillip Dorsett. With Doug Baldwin gone, Lockett asserted himself as Seattle’s top wide receiver, hauling in 82 receptions for 1,057 yards and eight touchdowns.

The run-first approach employed by Seattle hurts the receiving corps from a fantasy perspective, evidenced by both starters failing to crack the top-10 among all wideouts in PPR leagues. The Seahawks are absolutely loaded at tight end with Greg Olsen, the emerging Will Dissly and the Jacob Hollister.

The NFC representative in five of the last eight Super Bowls has come from the NFC West. We all know the 49ers are going to come back strong off their Super Bowl LIV appearance and the Arizona Cardinals became significantly better following the addition of star wide receiver DeAndre Hopkins.

The oddsmakers at William Hill are projecting regression from their 11 wins from last season, as they currently list the Seahawks with a regular season win total of 9.5 in 2020, slightly juiced (-115) to the under.

The Seahawks have transitioned into one of the league’s most run-heavy offenses over the last two seasons. Still, Wilson could theoretically challenge either of the top two quarterbacks for a second straight season. In addition, Seattle’s defense could be vulnerable (especially if they lose Jadeveon Clowney) and several of their tailbacks will be coming off big injuries, possibly forcing the ball into Wilson’s hands more than expected. Sports Illustrated’s Seahawks Maven Corbin Smith believes the Seahawks will add an additional weapon for Wilson at No. 30 in the NFL Draft, opting to select TCU WR Jalen Reagor.

As we have previously highlighted in our MVP betting series here at SI Gambling, the award has clearly become the “Most Valuable Quarterback” award. I have already made a large play on Patrick Mahomes at odds of +350 as well as Kyler Murray at odds of 25/1. I will pass on investing in Wilson at such short odds due to the fact that he plays on a team with a run-heavy scheme and won’t enough rushing yards himself to overtake Mahomes or Jackson.

2020 NFL Draft Betting: How Many Cornerbacks Will Be Selected in Round 1?

Bet on These 3 NFL Teams to Make the Playoffs

Should You Bet on Kyler Murray to Win 2020 NFL MVP?

2020 NFL Draft Prop Bet: When Will Jake Fromm Be Drafted?